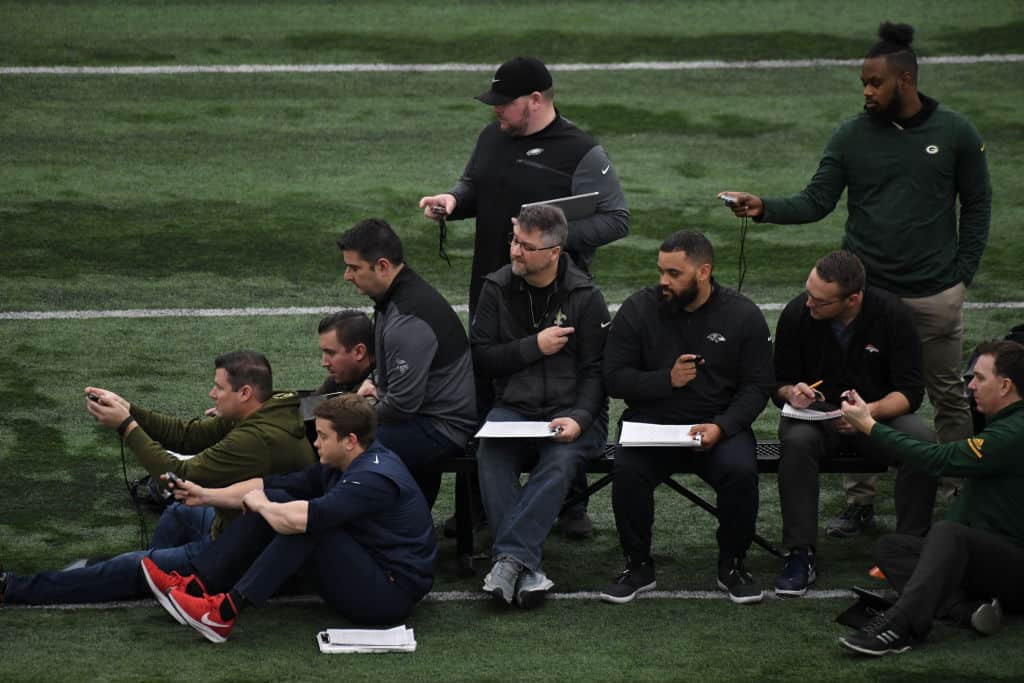 Teams will view college pro days as more important than ever in 2021. The cancelation of the NFL Scouting Combine and a reduced season featuring several top prospects opting out will limit coaches’ opportunities to meet with players and put them through their paces prior to the NFL Draft.

With college pro days just around the corner, we list the dates for each team along with who the top prospects are. All rankings are based on PFN Chief Draft Analyst Tony Pauline’s big board.

Clemson quarterback Trevor Lawrence completed his own private workout on February 12. The favorite to be the No. 1 pick of the Jacksonville Jaguars on April 29 had an injury to his labrum on his non-throwing shoulder and wanted to get a head start on surgery.

Maryland’s Pro Day was full of some interesting prospects. Make sure to check out what our Chief Draft Analyst Tony Pauline thought about some of the top performances from their pro day.

With Northwestern’s Pro Day behind us, make sure to check out what PFN’s Chief Draft Analyst thought about some of the top prospects and their performances.

Arguably the top prospect at Kansas’ pro day was Pooka Williams. To find out what our Chief Draft Analyst Tony Pauline thought about his performance, check out his pro day breakdown.

Kansas State Wildcats had their pro day early on in the offseason. Make sure to check out what our Chief Draft Analyst Tony Pauline thought about some of their top prospects. He also breaks down Quinn Meinerz and the Wisconsin Whitewater pro day at the same time.