Now that the 2020 NFL Draft has come to a close, we finally know where each of the 255 college prospects has landed. On top of that, over the last few hours, all 32 NFL teams have continued to add to their rosters with undrafted free agents. In the last few months, during the buildup to the draft, Pro Football Network’s Chief Draft Analyst Tony Pauline has been compiling scouting reports on more than 800 of college’s biggest stars. And now, with our 2020 NFL Draft Tracker, you can easily view them in our fully sortable and searchable database.

Below is the complete list of every prospect who was selected in the 2020 NFL Draft along with Pauline’s grade, overall rank, and scouting report. These reports range from the big names in the SEC, all the way to the lesser-known prospects in the FCS. Additionally, we’ve included RAS scores from Kent Platte. If a player does not have a RAS score, it is because they did not measure during the draft period due to injury or choice.

To view additional information about each prospect, including Pauline’s grades and ranks for each player, click on the + button to the left of the prospect’s name. Mobile users: This table is best viewed in landscape mode. 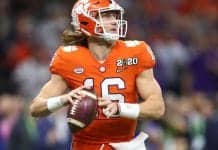 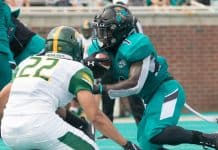 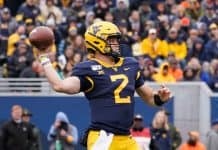 West Virginia QB Jarret Doege is a breakout candidate for 2021 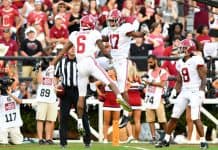