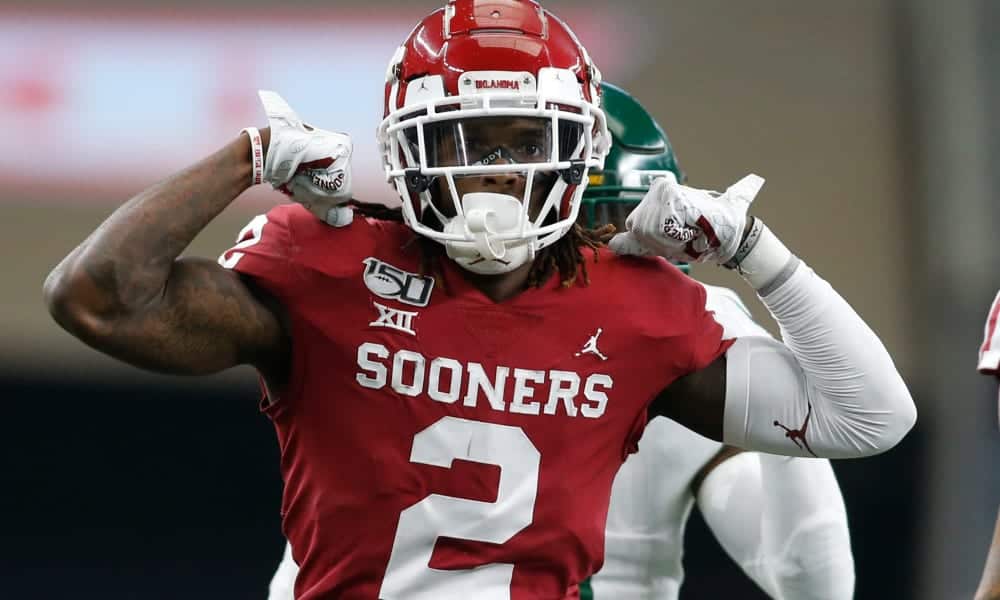 Career Snapshot
Three-year starter who earned First Team All-America honors, led the Big 12 with 14 touchdown receptions and caught 62 passes for 1,327 yards as a junior in 2019. Named Honorable Mention All-Big 12 and made 65 receptions for 1,158 yards and 11 touchdowns as a sophomore. Made 46 catches for 807 yards and seven TDs as a true freshman in 2017. Missed one game in 2019 with an undisclosed injury.

Positives
Super-productive receiver with next-level skills. Fluidly and quickly releases off the line of scrimmage, stays with the action and shows focus and concentration. Gets up in a crowd, looks the ball into his hands and comes away with the difficult reception. Snatches the ball out of the air with his hands away from his frame and displays outstanding hand-eye coordination.

Comes back into the clearing to make himself an available target. Keeps the play in bounds and shows the ability to pick up yardage after the catch. Plays with balance and body control. Sells routes, nicely adjusts to the errant throw and reaches backwards to grab the ball from the air. Uses the sidelines well. Makes the difficult over-the-shoulder reception downfield.

Negatives
More of a one-speed receiver who lacks a second gear. Lacks a quick release off the line of scrimmage. Must improve his route running and become sharper in and out of breaks.

Analysis
Lamb was very productive for Oklahoma the past three years and possesses a lot of natural receiving skills. While he’s everyone’s favorite wideout in this draft, he still lacks a complete game and may have some bumps in the road at the next level. He’s more of a scheme-specific player who shouldn’t be used in a vertical offense and must improve his route running. Lamb comes with upside, and if developed properly, he will be very productive in the NFL.