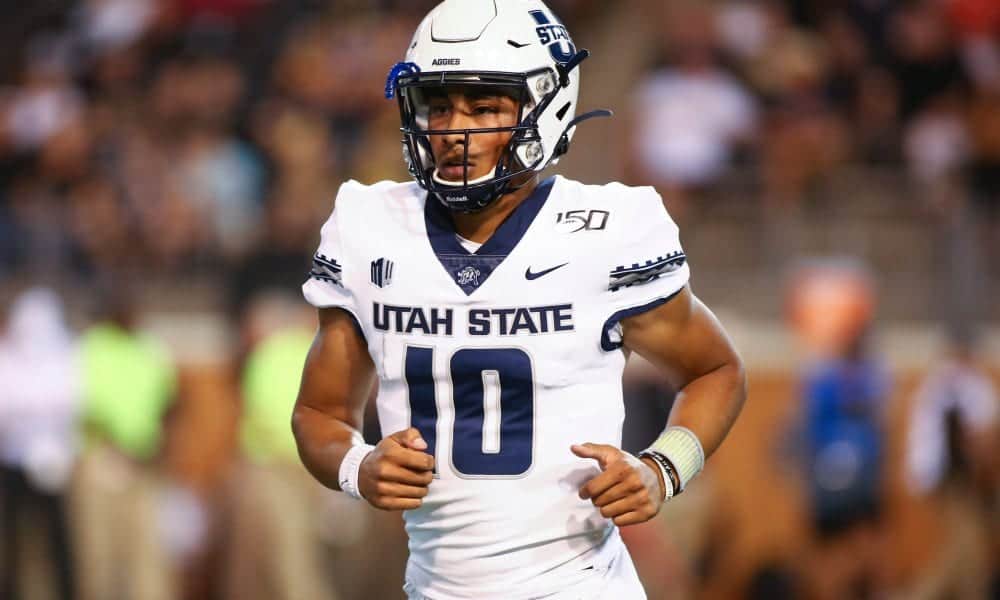 Positives: Athletic left tackle prospect who stands out in pass protection and comes with huge upside. Bends his knees, plays with proper pad level and blocks with tremendous fundamentals. Keeps his feet moving, easily slides off the edge and displays terrific range in pass protection. Immediately gets his hands up, correctly places them into defenders and stays square. Handles small, speedy edge rushers with ease. Shows the ability to get out to the second or even third level and block in motion. Patient, stays square and seals defenders from the action. Easily handles one-on-one assignments.

Negatives: Displays average strength as a run blocker and really doesn’t finish blocks or get a lot of movement.

Analysis: After an outstanding three-year career at Boise State, Cleveland turned in a tremendous workout at the combine and now moves towards the draft as a potential first-round pick. He’s a solid prospect with big upside and can be used at left tackle or potentially guard. He’s a zone-blocking prospect who should only improve as he physically matures and gets into an NFL weight-training program.

Career Snapshot: Junior-college transfer who started his final season at Boise State. Earned Second Team All-Mountain West honors as a receiver and returner, caught 51 passes for 943 yards and eight touchdowns and returned 26 kickoffs for 639 yards and one TD as a senior in 2019. Made 31 receptions for 504 yards and six touchdowns as a junior. Missed three games as a junior with an undisclosed injury and was set to sit out the 2018 First Responder Bowl after he was ruled academically ineligible.

Positives: Athletic receiver with nice size who flashes tremendous playmaking ability. Quick-footed and smoothly releases off the line of scrimmage. Stays low out of breaks and positions himself to make the reception. Possesses a burst of speed that enables him to get a step on defenders, nicely adjusts to the errant throw and makes the reception in stride. Possesses quick, strong hands with the ability to snatch the ball from the air. Gets vertical, adjusts to the errant throw and displays solid hand-eye coordination. Comes back to the quarterback to make himself an available target. Productive kick returner.

Negatives: Unnecessarily lets the pass get inside him at times, which leads to drops. Really does not display himself as a vertical receiver despite his 40 time. Was a little streaky last season.

Analysis: Hightower flashed ability as a big-play wideout with a nose for the end zone. He possesses the physical skills to line up as a No. 3 or even a No. 2 receiver at the next level, but Hightower must elevate all areas of his game and consistently play to his potential.

Positives: Nice-sized center who plays with a nasty attitude. Bends his knees, blocks with leverage and fires off the snap. Keeps his feet moving, squares into defenders and seals them from the action. Keeps his head on a swivel, works well with teammates and effectively makes the line calls. Displays terrific vision and always looks for someone to hit.

Negatives: Stiff, only effective in a small area and lacks agility. Looks and plays like a marginal athlete.

Analysis: Larson was a terrific college center, but he comes with athletic limitations and may never make it off a practice squad at the next level.

Career Snapshot: Three-year starter who was named Honorable Mention All-Mountain West and made 49 tackles (six for loss) with 4.5 sacks as a senior in 2019. Made 26 tackles (2.5 for loss) as a junior. Missed three games in 2018 due to a leg injury.

Positives: Explosive one-gap tackle who gets the most from his ability. Strong at the point and plays with terrific pad level. Keeps his feet moving and works his hands. Explodes off the snap with a terrific first step, possesses good change-of-direction skills and plays through the whistle.

Positives: Strong, explosive defensive tackle with excellent size. Explodes off the snap, plays with a vicious attitude and quickly closes to the action. Works his hands to defend himself, displays a variety of moves to defeat blocks and drives his shoulders through ball carriers. Resilient, stays with the action and makes plays behind the line of scrimmage. Focused on by opponents.

Negatives: Must get the first step on defenders. Really doesn’t play powerful football. Easily outpositioned from the action by opponents.

Analysis: Moa is a nice-sized defensive lineman who flashed ability throughout his Boise State career. He’s explosive and intense, which gives him a chance to surprise in camp this summer.

Positives: Underrated offensive lineman who elevated his game last season. Plays intelligent football, keeps his feet moving and works his hands throughout the action. Quickly gets into blocks and jolts defenders with terrific hand punch. Squares into defenders when he pulls across the line of scrimmage, seals opponents from the action and generally blocks with leverage. Strong and controls opponents once engaged at the point of attack.

Negatives: Gets a little tall as the play proceeds, which hampers his ability to finish blocks. Does not show great agility despite good combine numbers.

Analysis: Molchon was graded as a street free agent by scouts entering the season despite a terrific junior campaign, and he played beyond expectations in 2019. He’s a college tackle who I believe is better in a small area and has the tools to be an inexpensive utility blocker for an NFL team.

Positives: Nice-sized safety who is best against the run. Fires up the field and works hard to get off blocks and make plays against screen passes and run plays. Picks up coverage assignments, gets out to the sidelines and positions himself well against opponents to make plays on the ball.

Analysis: Nawahine is a hard-working safety who overachieves and shows intensity and a good head for the game. He comes with speed limitations, but he could make it as a traditional strong safety and special-teams player.

Career Snapshot: Three-year starter who was named Honorable Mention All-Mountain West as a senior in 2019 and missed two games with a lower-body injury. Missed three games in 2018 due to an undisclosed injury.

Positives: Large, small-area blocker who is best in the run game. Keeps his feet moving, keeps his head on a swivel and always looks for someone to hit. Strong, stays square and fights with his hands throughout the action. Patient, explosive at the point and tough to get around.

Negatives: Stiff and often gets pushed back into the pocket. Marginally athletic, struggles to adjust and displays no skill in motion.

Analysis: Quevedo offers nice size, but he’s a limited athlete who must be used in confined quarters.

Positives: Athletic college pass rusher who can be used standing over tackle or out of a three-point stance. Plays with balance, displays good change-of-direction skills and moves well to every area of the field. Rarely off his feet, uses his hands well and easily gets out into space to make plays in coverage. Can bend off the edge and easily alter his angle of attack, nicely redirects to the ball carrier and possesses a solid closing burst. Strong and holds his ground.

Analysis: Weaver looked like a dominant pass rusher during his sophomore season in 2018, but he was overweight last year and did not have the same impact. At the top of his game, he will be a very good 3-4 outside linebacker who can make plays behind the line of scrimmage or drop into coverage when necessary.