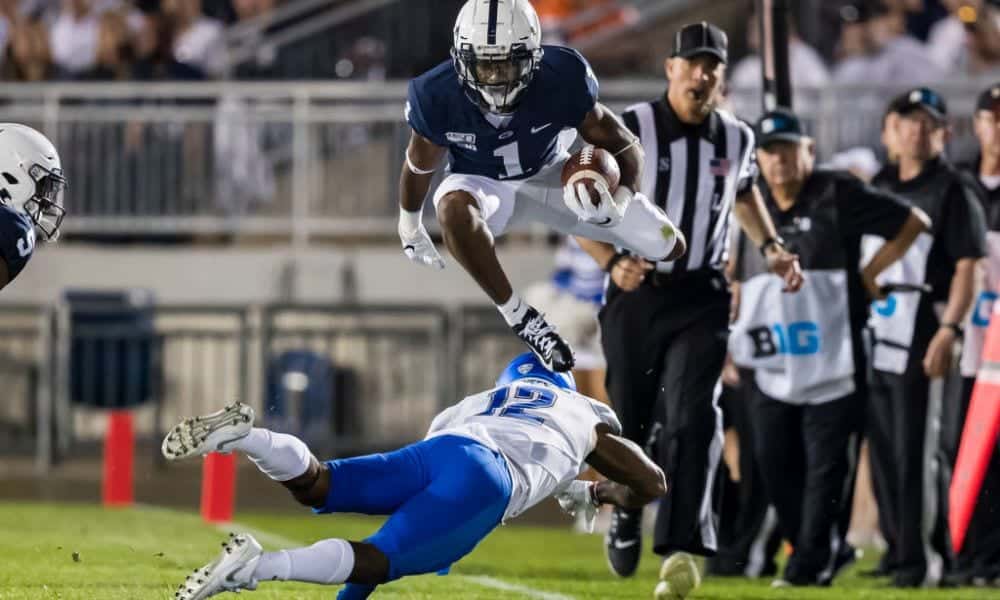 Career Snapshot
Two-year starter who earned Second Team All-Big Ten honors and made 56 catches for 904 yards and eight touchdowns as a sophomore in 2019. Named Honorable Mention All-Big Ten and caught 42 passes for 754 yards and five TDs as a redshirt freshman.

Positives
Explosive vertical pass catcher who’s also a terrific wide receiver. Quickly releases off the line of scrimmage and can turn it on in a single step. True vertical threat with home-run-hitting speed. Consistent pass-catcher who is fast in both a straight line and laterally and possesses tremendous burst. Tracks the ball in the air, nicely makes the over-the-shoulder reception, and possesses outstanding hand-eye coordination.

Sets up defenders and makes them twist in the wind throughout his routes. Consistently catches the ball with his hands, keeps the play in bounds after the catch and works to pick up positive yardage. Plays tough football and fights to come away with the difficult reception. Explosive route runner who puts his foot the ground, changes direction and loses no momentum out of breaks. Fluid and natural in all aspects as a receiver. Uses his explosive speed to impact games as a kick returner.

Negatives
Lacks size and height and struggles in battles. Will need space to work in the NFL despite the toughness he displayed on the college field.

Analysis
Although he’s vertically challenged and a little slight of frame, Hamler is a terrific receiver with rare speed and next-level toughness. He’s best in the slot or even lined up backed off the line of scrimmage, but Hamler should impact a team as a rookie and only improve as he learns to protect himself.