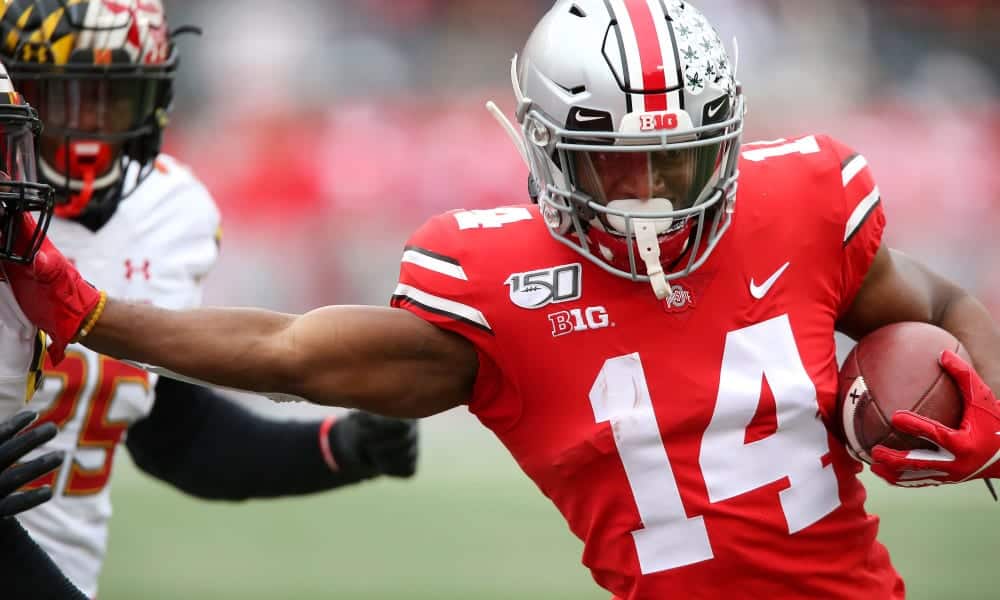 Career Snapshot
First-year starter who was named Honorable Mention All-Big Ten in each of his final three seasons at Ohio State. Set career highs with 68 receptions and 865 receiving yards and caught six touchdown passes as a junior in 2018. Made 57 catches for 636 yards and a career-best 10 touchdowns in 2019. Caught 56 passes for 549 yards and three TDs as a sophomore.

Positives
Talented receiver who quickly releases off the line of scrimmage, displays a burst of speed and plays much faster than his 40 time. Shows good agility, nicely adjusts to the errant throw and competes to come away with the reception. Easily makes the catch in stride, keeps the play in bounds and works to pick up positive yardage. Turned in a terrific week of Senior Bowl practice.

Negatives
Average size and speed. Disappointed as a senior. Let passes into his body, which leads to dropped passes. Takes his eyes off the ball and loses focus and concentration. Doesn’t come back to the quarterback as often as he should. Often waits around for the pass to arrive. Rounded off routes in college.

Analysis
Hill entered the season with mid-round grades and absolutely helped himself during Senior Bowl practices, but he is a bit of a risk. He possesses average size and speed and showed a lot of flaws during the 2019 season, but if Hill is able to improve on his performance from Mobile, he could be a No. 3 receiver at the next level.