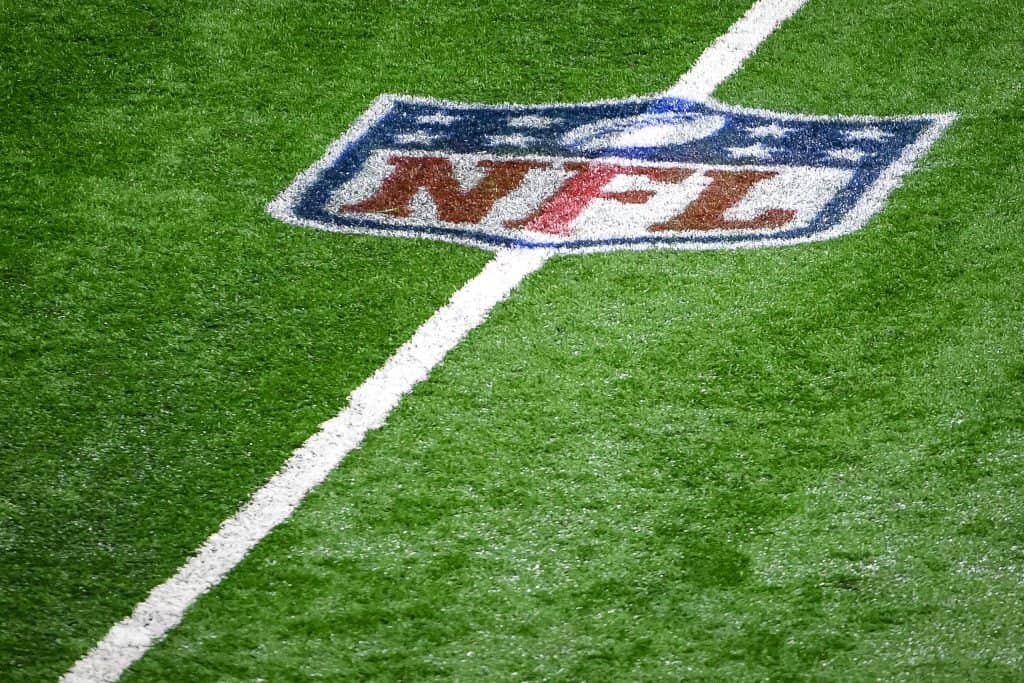 DETROIT, MICHIGAN - DECEMBER 13: The NFL logo is pictured before the first half between the Detroit Lions and Green Bay Packers at Ford Field on December 13, 2020 in Detroit, Michigan. (Photo by Nic Antaya/Getty Images)
What's in this article? Click to show
What does unrestricted free agent mean in the NFL?
Who are the top current free agents in the NFL?
Want more NFL news and analysis?

What does unrestricted free agent mean in the NFL?

To have four accrued seasons, a player needs to have been on a team’s roster for six or more regular season games during that year. The player does not need to be active for games to accrue a season. Additionally, players on injured reserve and the physically unable to perform list also get credit towards an accrued season.

However, a player on a practice squad, non-football injury, or the commissioner’s exempt list do not get credit for an accrued season if they are not on the full roster for six or more games. Moreover, a player under contract must report to his team’s training camp on his mandatory reporting date to earn an accrued season.

Do NFL teams get compensatory picks for unrestricted free agents?

How does the compensatory pick structure work in the NFL?

The exact formula used to calculate compensatory picks has never been officially revealed. However, there is a basic premise that many sites use to predict which teams will receive compensatory selections effectively.

The 2020 Collective Bargaining Agreement denotes roughly how the system works. In essence, unrestricted free agents are considered “compensatory free agents” (CFA) if they meet two criteria. Firstly, they must have been signed prior to 4 PM ET on the Monday following the NFL Draft. Secondly, they must rank within the top 35 percent of all league players.

Who are the top current free agents in the NFL?

There are a number of talented UFA available in the 2021 NFL offseason. Among Pro Football Network’s top 100 NFL free agents of 2021 are the following players.

The saga of Dak Prescott and the Dallas Cowboys has dragged out over the last couple of years. After Prescott’s injury in 2020, it seems unlikely that the Cowboys will offer him a long-term deal. Therefore, Prescott is one of the top candidates to receive the franchise tag this offseason. However, if Prescott avoids the franchise tag, he would be the best quarterback to hit the free-agent market as an unrestricted free agent in the 2021 NFL offseason.

Chris Godwin was last on the field as the Tampa Bay Buccaneers won Super Bowl 55. However, entering the 2021 NFL offseason, Godwin will be an unrestricted free agent. Godwin is one of two names in discussion to get the franchise tag by the Buccaneers potentially. If Godwin hits the free-agent market, he would be part of a very talented wide receiver group available this offseason.

San Francisco 49ers offensive tackle Trent Williams took a year off in 2019 due to a dispute with the Washington medical staff. However, Williams returned to the field in 2020 following a trade last offseason. Williams continued to be at his incredible best. For any team looking to acquire a reliable tackle, options at the position do not come much better than Williams.

The Houston Texans released J.J. Watt following the 2020 NFL season. After playing his entire career in Houston, Watt is a UFA for the first time in his career. Additionally, with his release, Watt does not need to wait for free agency to begin on March 17th to sign with an NFL team. Furthermore, because Watt was released, his contract will not count as part of the Texans’ compensatory selection formula.

Shaq Barrett is the other option for the Buccaneers to franchise tag in 2021. Barrett played under the franchise tag in 2020. Therefore, he will be hoping to get the opportunity to hit the free-agent market in 2021. The last time Barrett was an unrestricted free agent, his market was somewhat disappointing. However, with two strong seasons under his belt in Tampa, Barrett should be in demand if he reaches the open market this offseason.

Justin Simmons is another prime franchise tag candidate, despite being tagged in 2020. The Broncos are seemingly optimistic about a deal getting done before the start of the new league season. It is no surprise the Broncos want to lock Simmons up long-term. The talented safety would be the top unrestricted free agent at his position if he were to hit the market.