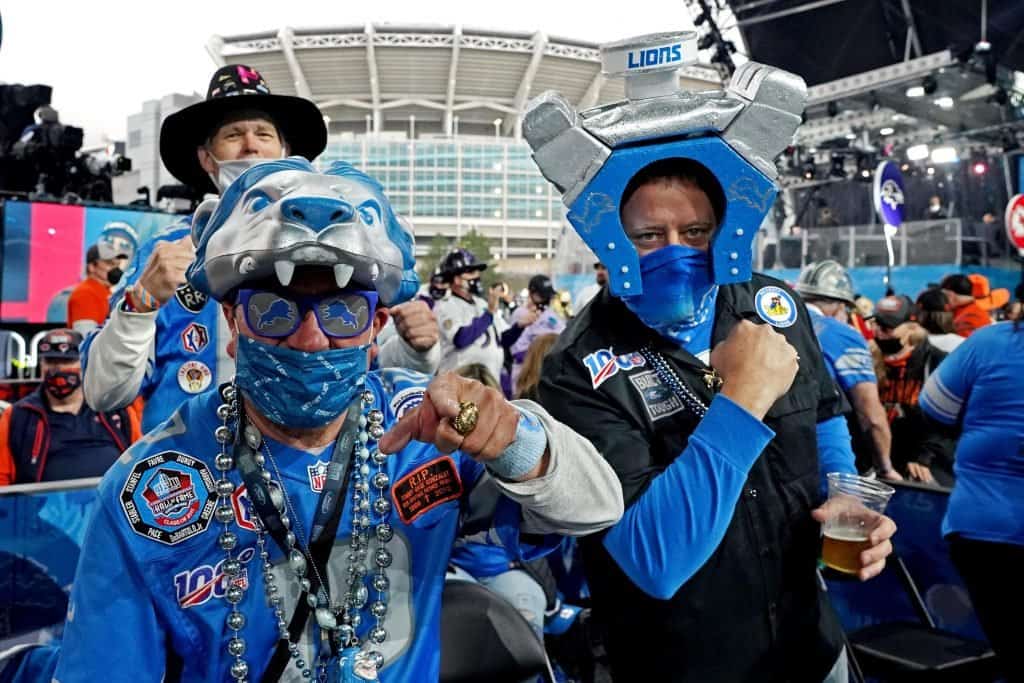 From Trevor Lawrence to Mr. Irrelevant, the 2021 NFL Draft is now in the rearview mirror. Which teams enhanced their rosters and made the most progress? Let’s compare post-draft roster building with a new batch of 2021 NFL Power Rankings.

Many teams vastly improved their roster through free agency and the 2021 NFL Draft. However, not everyone can be the best team in football.

Deshaun Watson’s future remains up in the air, and Houston had very little in terms of draft capital. However, what they are trying to do is bring in a lot of new players, change the culture, and create some competition.

To no one’s surprise, the Lions got more physical at several key positions through the draft. And by adding Penei Sewell, it looks as though Jared Goff will be well-protected.

Jacksonville brought in a bounty via the draft, including the new face of the franchise in Trevor Lawrence. But it won’t be easy sledding initially for Lawrence, and Jacksonville earned the right to draft him first overall for a reason.

Ja’Marr Chase now teams with Joe Burrow, and the Bengals didn’t ignore their offensive line in the process. Still, this defense leaves a ton to be desired.

Boy, it looks like Joe Douglas has the Jets going in the right direction. That being said, New York still needs to prove it, and there are a lot of moving pieces in this organization right now.

The Eagles have now given Jalen Hurts all the tools he should need to succeed. This organization will probably turn the ball over less next year as well. Still, they are a difficult team to back in 2021.

You have to love the move Chicago made to land Justin Fields. While that could be amazing for years to come, how much of a better team does it make the Bears right now?

Sam Darnold finds himself in a far better position than he has ever been at the NFL level. The Panthers are building something, but it won’t happen overnight.

Will the offense be better or worse than last year? That is debatable, but what isn’t debatable is that Las Vegas is still very light on talent on the other side of the ball.

As is the case around the NFL with other young quarterbacks, Daniel Jones’ squad has been built up nicely around him — especially with the skill-position talent. New York has certainly made some key additions this year.

The Falcons offense should be lethal, especially with Kyle Pitts now on board. But are they any better on defense? It doesn’t seem as if they are. Expect high-scoring games this year for the Falcons.

Tua Tagovailoa has some great receiving weapons around him after Miami drafted his former teammate, Jaylen Waddle. The Dolphins could be primed to take a big step forward, but only if Tagovailoa can take one of his own.

The Houston Texans may be the lowest-ranked franchise, but who are in the top 20?

After the past two drafts, the Cardinals could have a crazy pair of linebackers in Zaven Collins and Isaiah Simmons. Kyler Murray also looks ready to improve his play. But there are also plenty of questions here as well.

The Vikings have made an absurd number of draft picks over the past two years. They could be in for a rebound season or could be a mediocre club for the foreseeable future — either is possible.

This is an excellent roster outside of quarterback. Still, if Teddy Bridgewater does take over for Drew Lock, Denver should cut down on the mistakes and turnovers, potentially winning more close games. Remember, the Broncos -16 turnover differential was by far the worst in the league.

Will Tennessee lead the NFL in turnover differential again next year? Most likely not. They’ve also lost some key pieces on offense, including Arthur Smith. But Tennessee’s pass defense does look to be very much improved.

Is it crazy to say that Washington doesn’t have a weak link anymore? That is a bit extreme and probably too much of a leap of faith on Ryan Fitzpatrick’s behalf, but this is going to be an entertaining year for The Football Team.

The Cowboys are loaded on offense, and Dak Prescott will be back to command that side of the ball. The defense might reach league average after such a massive haul in the draft.

The Colts’ second-best turnover differential last year was a key to their success, but that is unlikely to keep up with Carson Wentz now behind center. This is an excellent organization and roster, but Wentz is still volatile.

Only Denver had a worse turnover differential than the Niners last year, which is bound to change. San Francisco isn’t ranked this high because of Trey Lance, but rather because they are getting healthy, and Jimmy Garoppolo has proven capable of winning games.

Drew Brees is gone, but the Saints didn’t get great quarterback play last year anyways. What they do have is a potentially great defense and one of the league’s best offensive lines and head coaches.

The Patriots were a tough team to rank. Will it be Cam Newton or Mac Jones? One thing is for sure: Bill Belichick has a far better group of players to work with now than he did in 2020.

The Steelers looked to rebuild their running game in the draft, and their defense should remain one of the best units in football. Mike Tomlin will keep Pittsburgh competitive while they are in the midst of somewhat of a transition.

Maybe this is ambitious for the Chargers, but Justin Herbert looks like a star, and Los Angeles now has an offensive line for the first time in forever. Plus, their bright young coach could spark this entire organization.

The Ravens keep bringing in a high number of early draft picks, and this is an organization that understands the process. Lamar Jackson should be in for a tremendous season, but did Baltimore adequately address the wide receiver and right tackle position?

Russell Wilson will be playing behind an improved offensive line with improved receivers. That in itself makes Seattle one of the better teams in the entire league.

Expectations will be very high for the Browns, and with the state of their roster right now, that is warranted. Is Baker Mayfield a solid starting quarterback or a star at the position?

Green Bay is ranked fifth, working under the assumption that Aaron Rodgers will be leading this team once again in 2021. If he isn’t, they fall precipitously down this list.

As usual, Los Angeles didn’t have a first-round selection. But they do now have Matthew Stafford, which is a significant upgrade at the most crucial position on the field.

The Bills went after big people early in the draft to fortify their lines. This is a pretty complete roster with a super talented quarterback that has come into his own.

How about the work Kansas City has done on their offensive line since the Super Bowl? They also took an impressive linebacker on the second day for two drafts in a row now.

It is amazing what the Super Bowl champs were able to bring back as we head into 2021. They were smart to add Kyle Trask to learn from the master and maybe end up as the Buccaneers’ future starting quarterback.

Be sure to follow us on Twitter (@PFN365) to stay in the loop on all things around the NFL beyond power rankings. Also, continue to visit Pro Football Network for NFL news and in-depth analysis concerning the 2021 season and beyond.

In this article:2021 NFL Draft, Featured