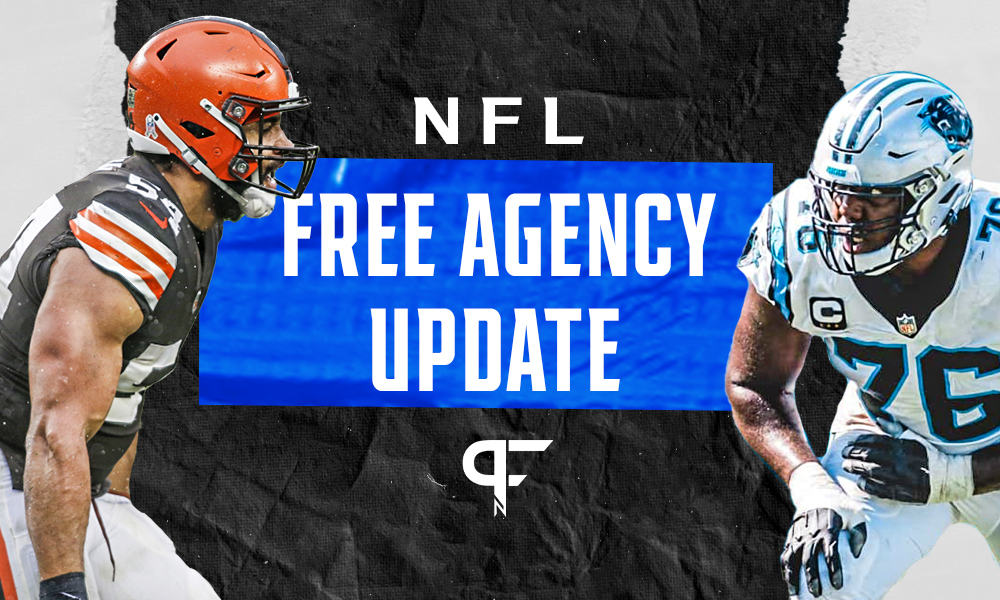 NFL training camp begins next week. The Dallas Cowboys will be the first team to get on the field on July 22. Once practices begin, the regular season is not far behind. And yet, a handful of decorated players remain without a job. Here’s the latest on some of the top remaining NFL free agents that are still unsigned.

Who are some of the top players that remain free agents ahead of 2021 training camps?

A standout 2020 season ended with huge adversity. Vernon, the Browns edge defender who recorded 9 sacks last year, ruptured his Achilles in the fourth quarter of Cleveland’s regular-season finale. We hear that Vernon, some six months removed from surgery, looks great in his rehab and would consider signing with a team prior to camp if the deal and fit are right.

It would probably be a bit ambitious to expect him to practice right away — the average return-to-play with such an injury is 11 months — but if Vernon is indeed ahead of schedule and back in form, expect interest from multiple teams. He had 28 pressures and 12 tackles for loss in Year 9, and he’s still just 30 years old.

The two-time Pro Bowl offensive tackle certainly could be on a roster right now. He just hasn’t been made a satisfactory offer.

Okung, limited to seven games last year by a calf injury in his lone season with the Carolina Panthers, hinted at his mindset with this tweet in May, responding to a story that predicted he would sign with the Pittsburgh Steelers:

ESPN’s trying to predict that I will sign with the Pittsburgh @Steelers this year.

Truth is they cannot afford me.

This gibes with our own reporting. We hear that Okung is being super patient as he searches for the right opportunity. It doesn’t sound as though he’s so desperate to play in 2021 that he’ll sign a below-market deal.

That patience could be rewarded with a fat payday if a Super Bowl contending team loses a tackle in training camp.

Like Okung, Casey has been to multiple Pro Bowls. Also, like Okung, an injury stunted his 2020 season. Casey tore his biceps in late September and did not play again, ending his first (and probably only) season with the Denver Broncos after three games. The injury ended a remarkable run of production. In each of his previous seven seasons, Casey had recorded 5 or more sacks.

In February, Denver cut Casey to clear some $12 million in cap space. We hear that Casey is mulling multiple offers, but a signing is not imminent.

If fully healthy, Schwartz would have been under contract months ago. However, he’s still working back from surgery he had in February for a back injury that kept him out of the Kansas City Chiefs’ playoff run. Kansas City rebuilt its offensive line a couple of months later, leaving Schwartz without a job.

He’s hoping for good news when he meets with doctors in the coming days, but there’s no guarantee that he’ll be ready for football in the near future. Whenever he heals, he’s leaving the door open for a return to the Chiefs.

“It comes down to dollars and what I want to do,” Schwartz told Kansas City’s 610 Sports Radio in April. “Guys are kind of on the street in August. There are a lot of older guys that are used to making a certain amount of money and their injury situation or age, usefulness kind of declined a little bit, so they’re not ready to take that pay cut. I would obviously entertain coming back here if everything lined up health-wise and all the other sides of things.”

Word is that while multiple teams are interested in adding the 29-year-old free safety, who started 16 games for the Panthers last year, he is in no rush to sign. Boston has 15 interceptions in a seven-year career spent mostly with Carolina.