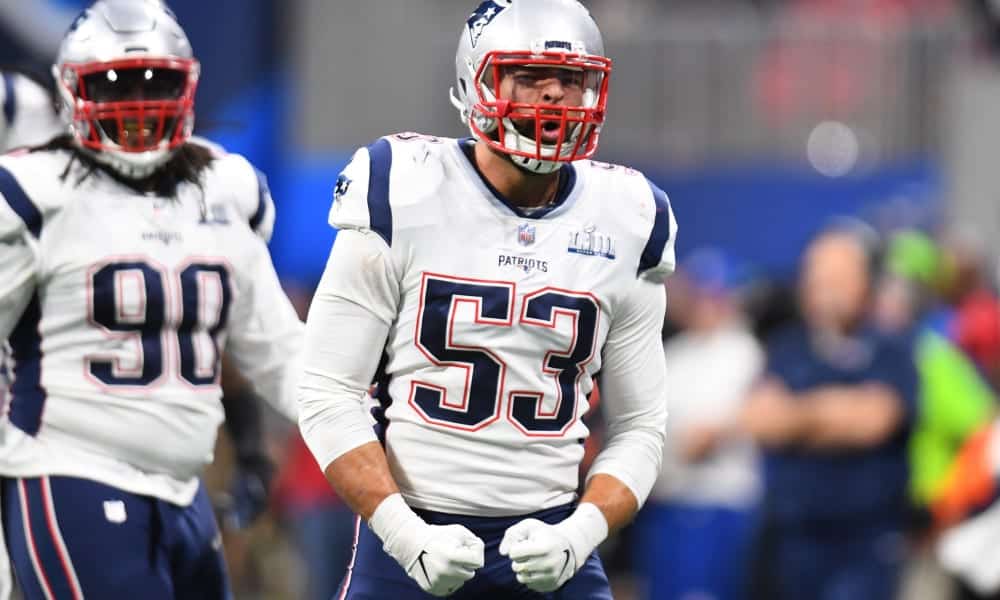 The 2020 offseason has been a busy one for the Miami Dolphins. Over the course of the past five months, they have added 11 free agents and made 11 draft picks. The main focus of their free-agent defensive efforts this offseason was to improve their front seven. Of the four front-seven options they added, three of those were edge rushers on multi-year contracts. The biggest contract of the three was given to former New England Patriots linebacker Kyle Van Noy, who netted a four-year, $51 million deal.

While Van Noy’s contract is the most lucrative of the three new edge rushers over the life of his deal, it is Shaq Lawson whose contract has the most fully guaranteed money, $21 million. The third addition was Emmanuel Ogbah, who signed a relatively small two-year, $15 million deal with $7.5 million guaranteed.

The way the Dolphins structured the three contracts is the fascinating element of these signings. Lawson’s deal is fully guaranteed through the first two seasons, while Ogbah’s contract is essentially a one-year deal with a team option for 2021. However, the most intriguing contract of the three was given to the 29-year old, Van Noy.

What are the details of Kyle Van Noy’s contract?

On the surface of it, there is nothing spectacular about Van Noy’s contract. When it comes to average annual value, the deal ranks 24th among edge rushers at $12.75 million. Of the $51 million that the contract is valued at, $15 million was guaranteed on the day of signing. That included just $5.5 million in signing bonus, all $3 million of his 2020 salary, and $6.5 million of roster bonus this season.

What does this contract mean for the Dolphins?

Misleading contract numbers are not new when discussing free agency deals for NFL players. In this case, this deal was advertised initially as a four-year, $51 million contract with $30 million in guarantees. However, as discussed above, $15 million of those guarantees are deferred further down the line in years 2 and 3. When you then throw in the relatively small signing bonus of $5.5 million, this contract structure becomes even smarter.

The Dolphins have added a veteran leader in Van Noy who knows the scheme operated by Head Coach Brian Flores. On top of that, he brings a lot of experience of winning football games. As part of a young team, that experience is as crucial as the statistics he brings to the field, which are relatively underwhelming. As a combination of knowledge and experience, Van Noy could be worth every penny of that $15 million in guaranteed money.

The structure of this contract is such that the Dolphins have full control over Van Noy at every point of the next four years. With nothing on his contract guaranteed beyond the first year, the Dolphins will have time at the end of the season to re-evaluate what Van Noy’s value is to them. Van Noy’s numbers on the field speak for themselves — he is a solid starter as an outside linebacker in a 3-4 defense, but arguably nothing more than that.

The Dolphins have an opportunity to value their fifth-round draft pick, Curtis Weaver, while he learns behind the experience of Van Noy in 2020. If Weaver makes improvements this season and looks like he could replace Van Noy as the starter in that edge rusher linebacker role in 2021, then the Dolphins have a chance to move on from Van Noy before the start of the league year.

If Weaver is not likely to be ready for 2021, then they can let Van Noy remain on the roster through the 2021 season collecting another $12.5 million in salary. They would then have the opportunity to make the same decision following the 2021 season. If they are still not ready to make that decision prior to the 2022 league year beginning, then with just $2.5 million guaranteed they could still move on from Van Noy relatively cheaply at any point before the 2022 season.

Smart decision making from the Dolphins

The Dolphins and smart decisions have not been synonymous in the past couple of decades. But in the last couple of years or so, under Chris Grier and more recently Brian Flores, they have done an impressive u-turn. They committed to starting over and building through the draft through numerous cuts and trades of (soon to be expensive) talented players prior to and during the 2019 season. In a previous article, we discussed the clever structure of the long-term deals signed by cornerbacks Xavien Howard and Byron Jones.

This contract for Van Noy is just further evidence that the Dolphins are making extremely intelligent decisions. A good comparison for this deal is Preston Smith, who signed a four-year $52 million deal with the Packers in the 2019 offseason. Smith’s contract contained a massive $16 million in signing bonus. That makes it hard for the Packers to move on from the deal, given that it prorates to a salary cap hit of $4 million per year remaining on the deal if they decided to cut Smith. That is in stark contrast to the $1.375 million per year on Van Noy’s deal.

These smart decisions have set the Dolphins up to potentially turn their franchise around in a short amount of time. They have locked up potential game-winners on long-term deals, but have the ability to get out of them reasonably cheaply if those contracts do not work out. They have also added experienced veterans who know Flores’ system but are also players that either signed cheap short-term deals or can be moved on from cheaply if the need arises.

To top it all off, they have a bumper 2020 NFL Draft class containing a potential future franchise quarterback and left tackle, alongside plenty of potential depth pieces. If this smart decision making continues over the next season or two, we could be talking about the Dolphins playing meaningful football in the months of December and January sooner rather than later.