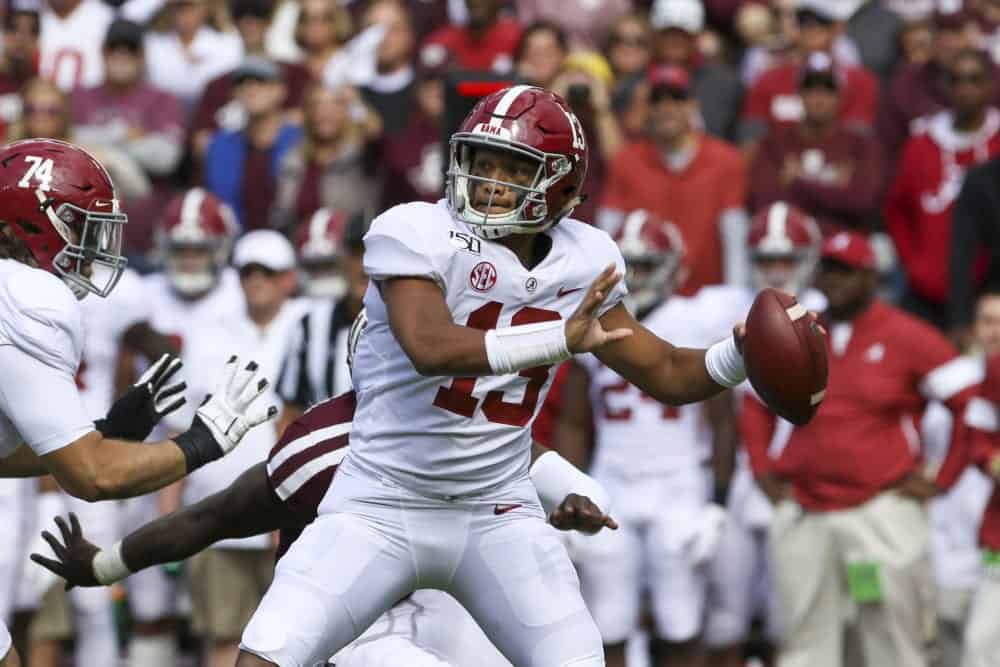 The 2020 NFL Draft was an event that most Miami fans had impatiently been waiting for since their accumulation draft picks last season. After the Minkah Fitzpatrick and Laremy Tunsil trades, Miami ended up with three first-round picks this year. After an up and down season, would the team be able to put the pieces together in hopes of heading in the right direction?

It is tough handing out draft grades without knowing what these prospects will accomplish, but we try to evaluate based solely on value and talent. Did Brian Flores and the Dolphins organization get it right?

Who the Dolphins drafted

Tua was my QB2 in the 2020 NFL Draft and my ninth overall prospect. Miami desperately needed an answer at their quarterback position, and they are hoping that will be Tua. Anytime you get a chance to select your potential franchise quarterback, you can’t pass it up.

Tua is accurate to all levels of the field and will thrive in Chan Gailey’s offense. There’s a lot of concepts in Gailey’s system that fit Tua’s game, and you can bet he will use Tua’s mobility to his advantage with a lot of boot-action and zone-read plays. Miami has no shortage of talent around the young prospect with recent breakout receiver DeVante Parker, Albert Wilson (one of the most underrated wide receivers in the league), Mike Gesicki, and Preston Williams.

Miami also invested in a high-upside RB with a trade for Matt Breida, going all-in on surrounding Tua with talent. I’ve compared Tua to current Dallas Cowboy QB Dak Prescott. If he stays healthy, he’ll be a home-run selection. He’s the best pick the Dolphins made 2020 NFL Draft.

There was a growing feeling that Curtis Weaver was going to slip down draft boards after a mediocre combine, but many analysts weren’t expecting a slip that far. Weaver is a “tweener” pass rusher, but he’s further advanced technically than any pass rusher on the Dolphins roster. Drafting a player with that level of talent in the fifth round is excellent value. This selection, along with the Tua selection, boosted Miami’s draft grade early on.

Miami had a total of 23 sacks last season and was relying on players like Sam Eguavoen for pass-rush help. Weaver should factor pretty heavily into the Dolphins’ pass rush plans, alongside Vince Biegel and newly-signed Kyle Van Noy.

The Dolphins had many options here but ultimately settled on the big defensive tackle from Alabama. For what he does, Raekwon isn’t a bad player at all. He’ll plug the run effectively with his length and power. He’d ideally be a 5T or bulk up and play 0T for the Dolphins’ defense. He is my lowest-graded pick the Dolphins made in the 2020 NFL Draft.

Davis is not a player that holds second-round value. He doesn’t offer much in terms of pass-rush ability and has regressed every year. In a league that has favored nickel and dime defenses more and more, Davis is going to be coming off the field in passing situations. When combined with the fact that the Dolphins took a player who does much of the same things later on in Jason Strowbridge from North Carolina, it makes the Davis pick a questionable one.

Some of Miami’s third-day picks are questionable at best. But Perry is an intriguing upside selection here for the Dolphins. He’s small, measuring at 5’9 and 186 pounds. I don’t know where Miami will end up playing him, but he’s at his best running the ball and needs much more development as a receiver.

Perry is limited as a pass-catcher, which puts him behind Patrick Laird on the Dolphins depth chart for a receiving back. However, he is a tough runner who has a low center of gravity and is quick in the open field. His best bet is as a return man for Miami, with a career yards per return average of 24.6.

Miami got their quarterback of the future in Tagovailoa, but with the number of picks they had, this draft has pretty mediocre results. Igbinoghene, Hunt, and Weaver were great picks and should contribute early on. Jackson wasn’t the best left tackle available on the board and was a reach at 18. He’ll need time to develop before he can truly maximize his traits. I’m not confident Miami is the best spot for him to do so considering he’ll likely start right away.

The rest of the draft was pretty questionable in its own right. Miami sacrificed late draft capital and selected a long snapper in the top-200. They drafted two players who do the same thing on defense and won’t figure to play much outside of base defense, and then selected an oft-injured, albeit high upside, safety in Brandon Jones. None of these picks really stand out to me in a big way. They came in with the capital to set the draft their way early on and instead let the board fall.

I’d be thrilled about the selection of a potential franchise quarterback. Tua was the best quarterback on the board and is a talented player. I’m just not a fan of how Miami spent the rest of its capital surrounding Tua. Therefore, I have to give them an average but high upside draft grade for 2020.