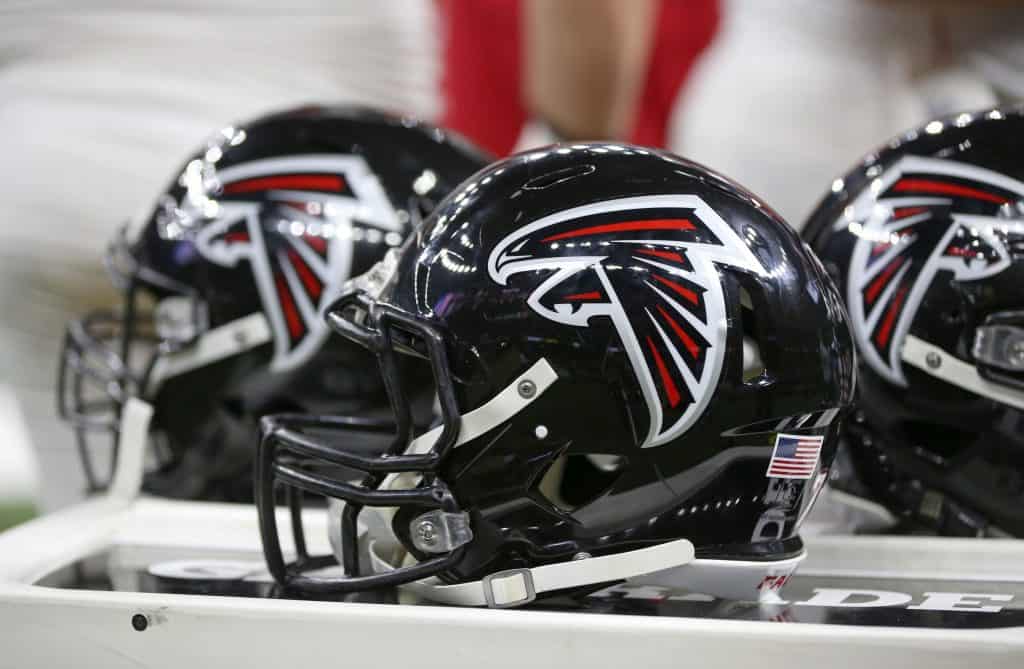 The Atlanta Falcons are in a tricky spot picking fourth overall in the 2021 NFL Draft. The good news for them is that they know three quarterbacks will go ahead of their pick. The bad news is the quarterback they are highest on might be picked before they are on the clock. GM Terry Fontenot is in a tricky situation preparing for the future while also having to remain competitive with Matt Ryan. However, I think they can do both in this Falcons 2021 7-Round Mock Draft.

The Falcons were more competitive than their 4-12 record would suggest. As a result, the team’s likely not going to pick this high again anytime soon. Of the Falcons’ twelve losses, eight of them were one-score games. An upgrade in coaching should even that out at least.

Here’s where the Falcons can prepare for the future. Trey Lance has his own fair share of risks with his inexperience, but the natural tools are tough to ignore. It’s a perfect fit with Atlanta. Lance will obviously need some further seasoning before he’s comfortably ready with the NFL adjustment. Luckily, the Falcons committed to Matt Ryan for at least 2021. Lance getting to learn behind Ryan before taking over the reins is an excellent scenario for his development.

Arthur Smith’s offense features plenty of play-action out of 12 and 13 personnel with a steady dose of the run game. These all lean into Lance’s strengths. Smith also took advantage of Tannehill’s ability to throw on the run and his legs as well, and Lance is the best overall athlete in this QB class. Quite frankly, the fit makes too much sense to ignore, and it provides Fontenot with a fresh rebuild window.

Mike Davis will be a clear part of the rotation, but they’re going to need another part to add to this running room, as Cordarrelle Patterson isn’t an ideal RB2. In several of the simulations I ran in prep for this Falcons 2021 7-Round Mock Draft, Clemson’s Travis Etienne was at this spot frequently. However, I think Smith, Fontenot, and company will take a shining to Javonte Williams in their offense. Williams is a more physical runner than Etienne, and his pass-blocking chops are among the best in the class.

I’m a big fan of Williams’ projection into the next level. He’s a compact, built runner who wins with balance and power. With Atlanta needing plenty of bodies in their running back rotation, adding a physical back who doesn’t have an immense amount of wear on his frame would be a wise addition.

The Falcons have some uncertainty in the interior of their offensive line. Alex Mack, the team’s long-time starting center, left in free agency. The team doesn’t have a clear answer at left guard either, with players like Willie Wright and perhaps Josh Andrews vying for that spot. Matt Hennessy, the team’s third-round pick in 2020, played at left guard his rookie year, but his future looks brighter at center. Fontenot and Smith are offensive-line-heavy guys, and having such a critical spot left open can’t happen.

Enter Josh Myers, a player I believe can play at both center or guard. New Orleans valued those versatile interior players (Erik McCoy, Cesar Ruiz, Andrus Peat, Will Clapp, Nick Easton), and it’s hard to believe Fontenot won’t carry that with him to Atlanta. Myers is a rugged, powerful blocker who is as rock-solid and consistent as they come. He’s still developing physically and has some technical adjustments to make in pass protection but projects favorably as a starting-caliber guard or center early with upside for more.

A.J. Terrell’s rookie season was a positive sign moving forward for the team, and Isaiah Oliver looked solid as a nickel corner. However, I’m not sold on Kendall Sheffield’s play. The team signed Fabian Moreau, who likely starts at CB2, but he’s only on a one-year deal. As a result, corner depth is a must-have for the Falcons moving forward.

Zech McPhearson will be the first Texas Tech DB to be drafted since 2010, and for good reason. McPhearson’s athleticism and playmaking stand out on film, and it’s clear he possesses great physical skills. He demonstrated surprising fluidity and channeled aggressiveness on film, two rather endearing traits for my grading scale. McPhearson might not start right away, but he has the traits worth developing and has proven he can play outside and inside.

The Falcons’ edge group is in rough shape as is. The team is moving back to a 3-4 under Dean Pees, a system that Dante Fowler thrived in at Los Angeles. The team signed Barkevious Mingo and Brandon Copeland to fill in the OLB depth, but the team absolutely needs more players at this spot. Pees’ system is notorious for creating sacks, but the team still needs talent here.

I have a sneaking feeling Daelin Hayes might slip on draft day with some past injuries. Luckily, this means the Falcons can scoop him up here in this Falcons 7-Round 2021 Mock Draft later to fill out their edge depth. Hayes is a good athlete on tape, with good quickness off the line of scrimmage and bend around the corner. His use of hands and pass-rush counters are lacking, but he has the tools to succeed in the NFL.

Arthur Smith ran one of the heaviest 12 and 13 personnel offenses in the NFL last season. Atlanta has Hayden Hurst as the primary TE and added Lee Smith to fill their primary blocking tight end role. Given the priority of the tight end spot in Arthur Smith’s offense, the team adding more to this position seems likely in the draft.

Every single tight end the Saints brought in while Fontenot was there were elite athletes. Jared Cook, Josh Hill, Jimmy Graham, Taysom Hill, and Adam Trautman all tested like elite athletes coming out as prospects. Jacob Harris posted a 9.28 RAS as a tight end. Harris played WR at UCF, but several teams are notably interested in him playing as a tight end. With two established veterans ahead of him, Harris can continue to develop as the TE3 in Atlanta and take snaps as a “move” tight end.

The Falcons obviously have Julio Jones and Calvin Ridley as the top two wide receivers. Russell Gage also enjoyed a solid breakout 2020 campaign as the WR3, filling in admirably down the stretch. However, the Falcons’ depth chart behind those three is questionable, and there’s no guarantee Julio and Gage are around past 2021. With such an incredibly talented WR class, it’s hard to see Atlanta passing on adding a quality player to their rotation.

Dazz Newsome is a quality slot option on Day 3. He’s a shorter receiver at 5’10”, but his quickness and toughness can’t be overstated. Dazz is a reliable explosive threat vertically over the middle of the field and can fill in as a punt returner as well.

The Falcons lost virtually every safety that took snaps for them last season. The team signed Erik Harris and Duron Harmon to one-year deals, while 2020 fourth-rounder Jaylinn Hawkins returns. Harris and Harmon project as the starters right now, but that’s a safety group that should be a cause for concern as is. It wouldn’t be a surprise to see the Falcons dip into the 2021 class.

Darrick Forrest isn’t a particularly hulking safety at 5’11”, but he’s smart, rangy, and highly competitive. His speed and physicality make him an enjoyable watch on film, as he has no problems flying downhill and playing aggressively against the run. Forrest can round out the Falcons’ safety room and be a critical special-teams member right away.

The Falcons’ offensive line is thin depth-wise. Matt Gono is currently the team’s swing tackle. However, he might earn the left guard spot if the Falcons don’t add another player there. Fortunately, the Falcons did in this 2021 Falcons 7-Round Mock Draft. Even so, the GM and HC are both big believers in the offensive line. As a result, I’d expect them to pick up another depth piece late on Day 3.

Kayode Awosika can compete as the backup left tackle immediately as a developmental option. Awosika is toolsy and an absolute road-grader in the run game. Per SIS, Awosika was first in “yards before contact to their gap” per game with 55.9(!), 9.7 yards ahead of No. 2. He averaged 105.7 yards when run behind per game, second to Christian Darrisaw at 110.9. Awosika has played both right and left tackle in college, giving him some additional versatility as well. A developmental and versatile offensive lineman to close out the Falcons draft would be an excellent ending point.