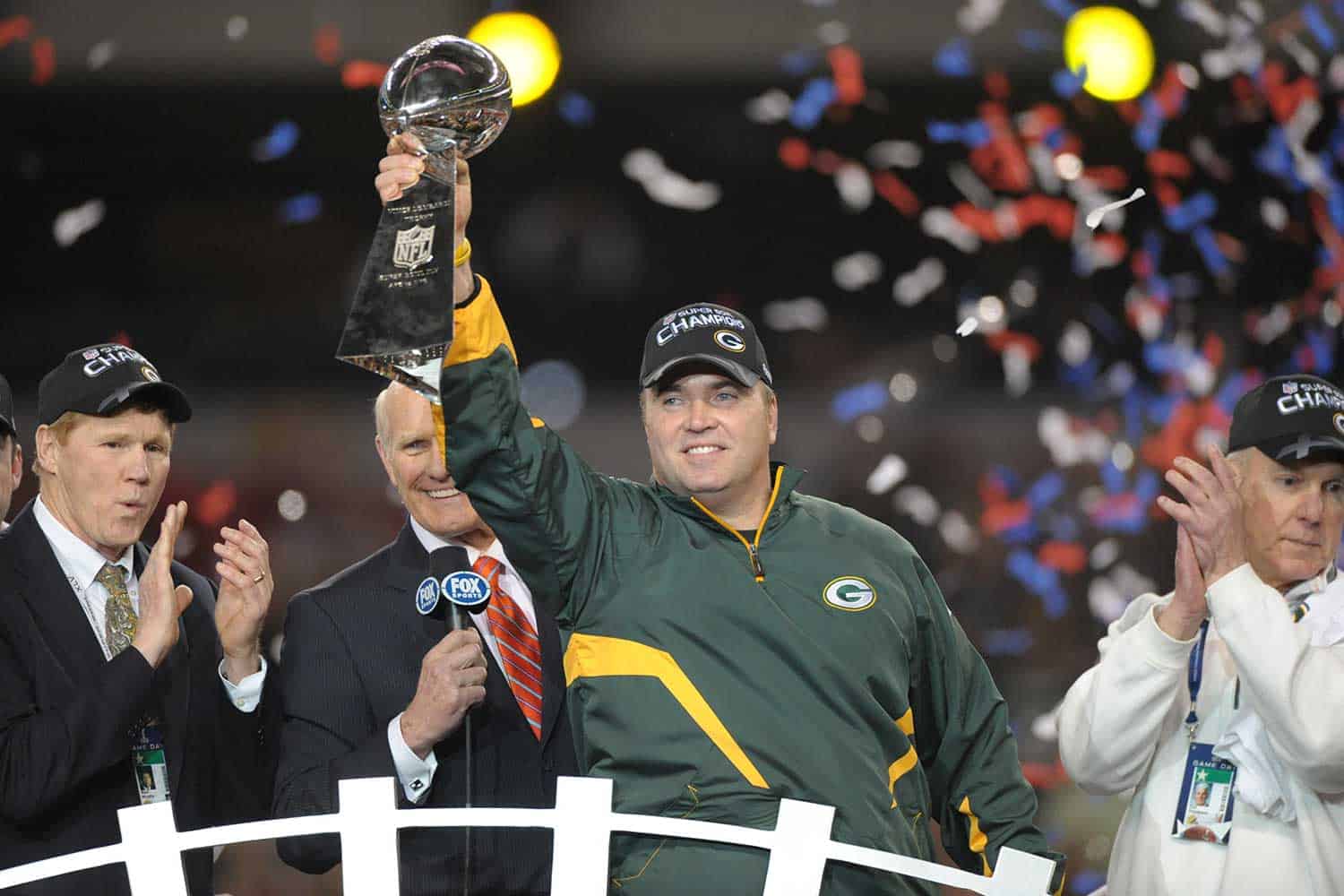 Less than a day after relieving Jason Garrett of his duties, the Dallas Cowboys hired their new head coach, Mike McCarthy. McCarthy was fired after 13 seasons with the Green Bay Packers following the 2018 season. He’d decide to sit out all of 2019 to rest, reflect, and ready himself for 2019’s head coach vacancies.

McCarthy’s patience should be rewarded given the current state of the Cowboys roster and an owner willing to give his coaching staff whatever is needed to win now. The 2020 season will not be a rebuilding year for McCarthy and his staff. Instead, McCarthy will be responsible for restoring America’s team by fulfilling franchise expectations and building a perennial Super Bowl contender.

Luckily for the Cowboys owner and fans, McCarthy has proven capable of doing just that.

Born and raised in Pittsburgh, Pennsylvania, McCarthy grew up an avid fan of the Pittsburgh Steelers, sharing a love for the game with his father. That love continued after graduation when he’d attend a two year school and play tight end for Scottsdale Community College in Arizona.

From there, McCarthy headed to Kansas, where his coaching career eventually begins. For two years, McCarthy coached at Fort Hays State as a graduate assistant until returning home in 1990.

After two years as a graduate assistant at the University of Pittsburgh, McCarthy was elevated to receivers coach for a year before making the jump to the NFL in 1993. Before his 30th birthday, McCarthy was coaching the game at the highest level under Kansas City Chiefs head coach, and future Chiefs’ Hall of Famer, Marty Schottenheimer.

On his way to becoming the new head coach for the Dallas Cowboys, Mike McCarthy surely benefitted from working with great coaches and players throughout his time in the NFL.

Schottenheimer won 62 games in the six seasons that McCarthy was on staff in Kansas City. During that span, McCarthy worked as an offensive quality control assistant and quarterbacks coach for 102 total games, which included four postseason appearances.

After Kansas City, McCarthy directed the quarterback room for the Green Bay Packers in 1999. In McCarthy’s first stint with the franchise, quarterback Brett Favre topped 4,000 yards passing, boosting McCarthy’s name around the NFL and leading to his hire by the New Orleans Saints.

In 2000, USA Today awarded McCarthy NFC Assistant Coach of the Year as the Saints offensive coordinator. That year the Saints quarterbacks were Jeff Blake and Aaron Brooks, who split the season snaps 60/40, respectively. Blake broke his foot in Week 12 and was replaced by Brooks. Nonetheless, the Saints won the NFC West at 10-6 before losing in the Divisional round a season removed from going 3-13 and without their starting quarterback.

McCarthy coached for another four seasons in New Orleans before heading west to San Francisco to be the 49ers offensive coordinator under second-year head coach Mike Nolan. While his short time there wasn’t memorable, in his sole draft, the 49ers selected quarterback Alex Smith and future Hall of Fame running back Frank Gore. After one season, McCarthy was on the move again.

Mike McCarthy returned to Green Bay, and in his first season as head coach at any level, went 8-8. From there, he’d undoubtedly secure his tenure with one of the NFL’s most storied franchises.

In just his second season, McCarthy led the Packers to a 13-3 record, a division title, and a trip to the NFC Championship game. Over the course of ten years, McCarthy and the Packers would make the postseason nine times, including a run of eight consecutive seasons with a playoff birth.

He’d conclude his time in Green Bay with a 135-85-2 record, including ten playoff wins and a Super Bowl ring. His 125 career regular-season win total currently ranks 30th all-time and 6th among active coaching.

As the Cowboys head coach, McCarthy will have to embrace both a demanding owner and an impatient fan base. The national attention will also prove itself overwhelming. While the pressure is significant, McCarthy, again, inherits one of the more talented offensive rosters in the league. And the two should produce fireworks in year one.

In Green Bay, McCarthy orchestrated a top-ten passing attack 11 times, and of those 13 seasons, his offenses ranked top ten in total yards nine times, and points scored nine times. However, the defense was only a top ten unit twice. Hopefully, a reunion with Mike Nolan can shore up that side of the football.

The #Cowboys new defensive coordinator is going to be Mike Nolan, which also leaves the #Saints with a key spot to fill on their D, too. https://t.co/EbSqDLQQYm

For a Cowboys franchise deprived of the playoffs, yet again, there’s a reason for optimism. McCarthy owns a 10-8 playoff record, including two wins against the Cowboys, both in the Divisional round. He’s been to the NFL Championship four times and brings with him Super Bowl-winning pedigree.

To top it off, he’s won or tied in over 70% of games coached against division rivals leading to six NFC North Championships and finishing worse than second-place just three times.

It’s also worth noting that some stated the Cowboys were looking for a former NFL head coach with previous success versus the unproven first-time head coaches coming from assistant positions or even the college ranks.

Head coaching experience and credentials? Check. Winning formula and the numbers to back it up? Check. Beat your rivals? Check. It seems Jerry Jones and the Cowboys found their man.