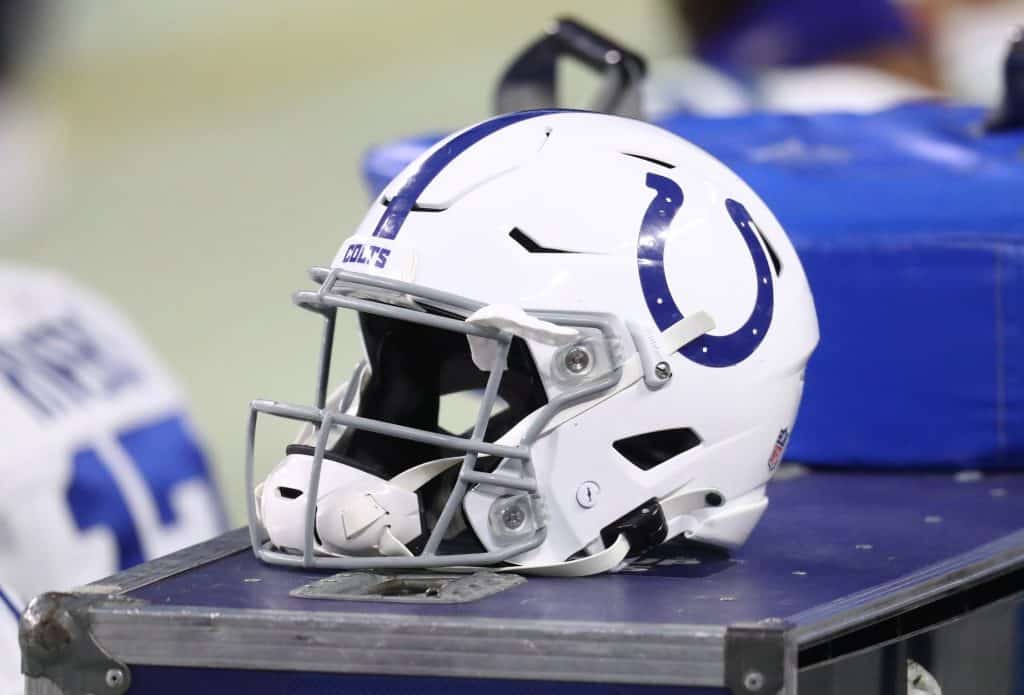 The Indianapolis Colts found success this season, finishing 11-5 and making the playoffs. They entered the NFL offseason with plenty of needs and a hole at quarterback. After trading for Carson Wentz last month, they acquired a stopgap at the QB position. However, they need to continue to fill out the rest of their roster with the help of the 2021 NFL Draft if they wish to return to the playoffs. This Colts 7-Round 2021 NFL Mock Draft presents possible solutions to the team’s problems and fills critical needs for now and the future.

We all know about the Colts’ hole at left tackle. Longtime stalwart Anthony Castonzo retired this offseason, and Indianapolis has yet to invest in a replacement. Sam Tevi obviously isn’t the answer at that spot, and they need to add a long-term solution at such a critical position. Wentz needs to be kept as clean as possible.

The Chris Ballard regime has done a stellar job of investing in the offensive line to avoid the mistakes of prior regimes. It’s hard to fathom them not spending a premium pick on such a crucial spot this year, especially as their goal is to make the playoffs yet again.

As Braden Smith locks down right tackle, Teven Jenkins will have to make the transition over to left tackle. Jenkins primarily played at right tackle but did start six games at left tackle for Oklahoma State. With Quenton Nelson manning the spot inside of him, Jenkins faces an easier adjustment. His patience and toughness in pass protection are top-notch, and he bullies defenders with ease.

Him next to Nelson creates a nasty and physical duo on the left side, making Wentz’s life much easier. His below-average length may cause him to struggle early in the NFL, but he does an excellent job establishing leverage and winning against a variety of pass rushers. As such, I believe he’ll be a longtime standout at left tackle should the Colts draft him.

The Colts have to address pass rush after losing Denico Autry and having yet to re-sign Justin Houston. They have some young athletes in Ben Banogu and Kemoko Turay at edge rusher, but neither has done much at the next level. They’ve combined for just 9 sacks in their careers. With pass rush being such a necessity, the Colts simply must address this position early in the 2021 NFL Draft. As such, I believe one of their first two picks will do just that.

Chris Ballard certainly has a type of edge rusher he covets. At Kansas City and in Indianapolis, he’s only drafted edge rushers who attended the Senior Bowl. Ballard looks for edge rushers who have a constant motor and are explosive, lengthy athletes. That fits Payton Turner right to a T.

Turner measured in at the Senior Bowl with 35-inch arms, displaying his impressive length. He’s explosive on film as well, checking another box off Ballard’s list. Turner can play on the inside and outside, providing versatility to the Colts’ front seven.

The Colts lost linebacker Anthony Walker in free agency to the Cleveland Browns. Walker takes with him 1,799 snaps over the last two seasons at linebacker, including 282 snaps on special teams. While the team does still have young standouts in Darius Leonard and Bobby Okereke, they need to add depth. Therefore, I’d imagine they’ll invest in the LB room on Day 3 of the 2021 NFL Draft.

As mentioned prior, Colts love Senior Bowl players, especially elite athletes. Derrick Barnes checks off both of those boxes, standing out in the Senior Bowl practices and at his pro day. Barnes boasted an 8.62 overall Relative Athletic Score (RAS), with an elite 20-yard split and vertical.

He wasn’t a team captain, but Barnes was uber-productive in college. Ballard likes rangy, athletic linebackers with some length to them, all of which are in Barnes’ wheelhouse.

The Colts re-signed T.Y. Hilton in free agency. However, I still think they need to devote draft picks to the wide receiver room. Michael Pittman looks like a budding star, but Parris Campbell hasn’t proven he can stay healthy, and both Hilton and Zach Pascal are on one-year deals. Thus, there is bound to be turnover at the position in the coming years.

Simi Fehoko isn’t a Senior Bowl invite, but he meets Ballard’s lofty physical standards. He’s long and explosive, projecting as a deadly downfield threat. He’s a bigger target too at 6’2″ and 222 pounds. Fehoko played both in the slot and outside at Stanford. He struggles with drops and isn’t an amazing route-runner, but Ballard doesn’t seem to mind those concerns in the draft.

Fehoko’s an older prospect, 24, coming off of an LDS mission trip. Due to this and his aforementioned route-running and drops issues, he’ll presumably fall down draft boards. Fortunately, the Colts can end his slide in the fifth round with this selection in this 7-Round 2021 NFL Mock Draft.

The Colts could use another tight end to boost their depth chart. It’s been an important position for the Colts’ offense and will be even more so with Wentz. When both tight ends were healthy in 2019, Jack Doyle and Eric Ebron recorded over 50 targets apiece and were top targets in the offense. In Wentz’s rookie season in 2017, Zach Ertz was second on the team in targets.

In 2019, Wentz heavily leaned on both Ertz and Dallas Goedert, as they led the team in total targets. Doyle is back with the team, but he’s on the wrong side of 30. Mo Alie-Cox re-signed on a one-year deal, but he’s nothing to write home about. The Colts released Trey Burton this offseason and the rest of the team’s tight ends combined for just 86 snaps.

Kenny Yeboah‘s stock has fallen off since mid-season, but he still projects favorably as a move tight end in the NFL. He’s a smooth athlete with a solid blend of size, quickness, and speed. Yeboah strained his hamstring on his 40-yard dash, but still posted an elite 20-yard split. He is stellar after the catch from the position.

Yeboah won’t wow you with freakish athleticism like a Kyle Pitts, but he’s difficult to tackle and has a knack for pulling away from defenders. His frame and length are highlighted when he attacks the ball in the air and plucks it effortlessly. He isn’t a plus blocker, and he has a few injuries in his past, but Yeboah would be productive in this Colts’ offense.

The Colts have a couple of young, bright options at safety in Julian Blackmon and Khari Willis, but adding a third into that rotation would be wise. In 2019, the team rotated safety duties on defense heavily between Willis, Malik Hooker, Clayton Geathers, and George Odum.

That rotation fell off in 2020 with Hooker suffering another injury and Blackmon and Willis shouldering the load. As a result, adding depth to such a critical position has to occur in this draft.

Since Ballard has taken over, the Colts have gone for more athletic safeties. This late in the draft, however, super athletic safeties without major holes in their game are not going to be available. Fortunately, there’s a freaky athlete available here in this Colts 7-Round 2021 NFL Mock Draft.

Coyle is a relatively unknown prospect who currently has the highest RAS in this safety class. He’s incredibly productive, with 273 career tackles. As a third safety option and special teamer, Coyle can shine and continue developing the mental side of his game to match with his physical tools.