The 2020 NFL Draft is over, and speculation has already begun for the 2021 NFL Draft cycle. With that speculation comes projections of where NFL teams and college prospects will stand a year from now. The Miami Dolphins overhauled their offensive line and added a franchise quarterback this past April. These moves have set the team up for long-term success and have cast a much brighter outlook on the future of this proud franchise.

PFN Senior Draft Analyst Andrew DiCecco recently released his first two-round mock draft with initial projections for Miami Dolphins in the 2021 NFL Draft. The Dolphins have two picks in the first round and two in the second, setting them up to add to their success from this season with another significant infusion of young talent.

Below, I will analyze each of these picks, starting with the first round. We will see just how the Dolphins and General Manager Chris Grier plan to build on their excellent 2020 NFL Draft haul and continue adding to this talented and upstart roster.

What better way to kick off the 2021 NFL Draft for the Miami Dolphins than with their new quarterback’s favorite college target at wide receiver? Tagovailoa and Smith found massive success together during the 2019 college football season, connecting for 1,256 yards and 14 scores through the air. The fellow Tide receivers, Jerry Jeudy and Henry Ruggs III received most of the headlines, but Smith was the big-play threat that consistently came through for Alabama and their quarterback, as shown below in the 2018 National Championship game.

Miami struggled to maintain a consistent offensive attack in 2019 but should improve in 2020. They made improvements to their offensive line and running game through the draft and in free agency this offseason. After a breakout 2019 campaign, DeVante Parker returns to lead a talented receiving corps that includes 2019 rookie darling Preston Williams, veterans Allen Hurns and Isaiah Ford, and speedsters Albert Wilson and Jakeem Grant.

On the surface, wide receiver may not be a massive need for the Dolphins. However, Wilson could be out after this season, and the team is unproven with dependable options beyond Parker. Adding Smith to this group would give Tua the best chance for success in 2021 with an explosive offensive attack through the air. The familiarity between these two former teammates should mean a smoother, quicker transition to the pros for Smith and would make this a brilliant pick all-around for Miami.

The Alabama-to-Miami pipeline continues here with the Dolphins’ selection of Tide left tackle Alex Leatherwood. The Dolphins spent multiple 2020 picks in an attempt to fortify their offensive line (Austin Jackson, Robert Hunt, and Solomon Kindley). They use their second of their two first-rounders here in 2021 to complete that transformation up-front.

Leatherwood is a former top high school recruit with immense upside and ability. He would likely have been a top-20 pick in the 2020 Draft class, had he declared after his junior season. The returning senior is a two-year starter for the Tide, both at right guard and more recently at left tackle.

It will be interesting to see where Miami places 2020 first-rounder Austin Jackson, seeing as though Tagovailoa is left-handed, and Jackson spent most of his career at USC on the left side. The Dolphins could opt to keep Jackson at left tackle and use Tua’s former teammate, Leatherwood, at right tackle.

But regardless of where the Dolphins coaching staff would settle on their positions, this selection would allow the team extreme flexibility on the offensive line and a pair of extremely talented bookend tackles for the next decade. Leatherwood is one of the best run-blockers in the 2021 class and would upgrade a unit that struggled significantly to pound the rock in 2019. Aside from Oregon’s Penei Sewell, there may not be a better road grader in the entire class.

We know the Dolphins did an abysmal job of running the football in 2019. This season, they will try to rectify that and took the first step by trading a 2019 fifth-rounder for former 49ers’ runner Matt Breida and signing former Chicago Bears and Philadelphia Eagles RB Jordan Howard. While that new duo may help improve the running game this season, the Dolphins could still look to improve and add even more weapons to the backfield in the 2021 NFL Draft.

The selection here of Etienne means the Dolphins will have a real three-down, dynamic player to give Miami one of the most talented, young backfields in the league. Like Miami’s first-rounder Smith, Etienne is a game-breaker that has the chance to take a carry the distance at any point in the game.

Travis Etienne has some wheels pic.twitter.com/pllNbm74Of

He should be the first back off the board after posting back-to-back seasons of 1,600 yards and at least 19 scores. Etienne runs extremely hard for such a speedy tailback and would start right away for Miami.

After making some serious headway on offense, the Dolphins turn to the defense with their second pick in the second round of DiCecco’s 2021 NFL Mock Draft. Safety is a position that should have been addressed earlier in the 2020 NFL Draft, but the Dolphins did add some help in the secondary with 2020 first-rounder Noah Igbinoghene and third-rounder, Brandon Jones.

Like Jones, Grant has experience covering tight ends and slot receivers over the middle of the field and does it quite well. He may not have elite size or timed-speed, but Grant is an extremely productive player with excellent coverage skills and ability to tackle. He was second on the UCF team with 78 total stops in 2019 and would add competition at the safety and nickel corner positions on this Miami defense. 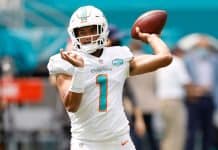 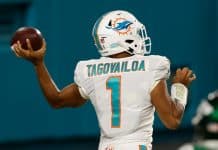 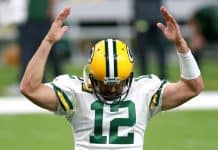 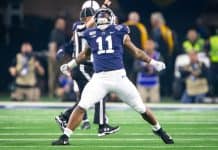