With the 2020 NFL Draft coming closer and closer, there are some under the radar draft prospects that scouts have their eyes on that the general public need to know. 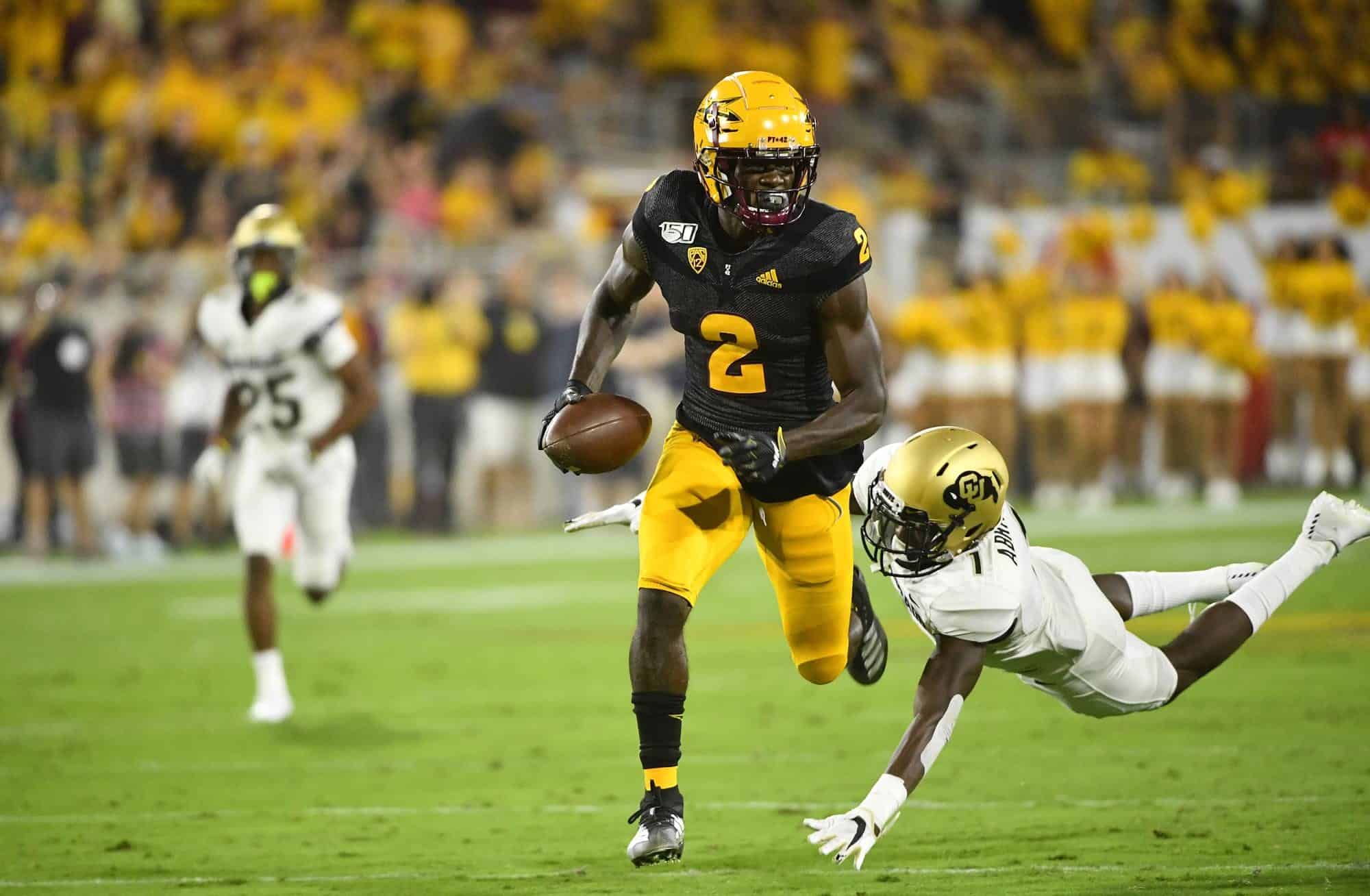 As I indicated in my column- Sensational group of 2020 wide receiver prospects the best ever?, the 2020 NFL draft wide receiver group has the potential to be the best we have ever seen.  A completely loaded group, featuring Jerry Jeudy, CeeDee Lamb, Henry Ruggs III, Laviska Shenault, Tee Higgins and many more, just oozes with game-changing potential.

Brandon Aiyuk, a JUCO transfer, joined the Arizona State football team in 2018, playing a supporting role to 2019 first-round pick N’Keal Harry. There will be many draft boards that do not have sensational wide receiver ranked as one of the top ten receivers in the 2020 draft, but he has the tools and explosiveness to be a star. Aiyuk offers exceptional athleticism and is magical with the ball in his hands. He is a plus route runner, can make defenders miss and flourishes when he is the focus of an offense. It seems that Aiyuk is always open, as he seamlessly creates separation.

In 2019, Aiyuk is putting together a spectacular season. He has hauled in 60 catches for 1,125 receiving yards and 8 touchdowns. As if needed to provide any more value, Aiyuk averages 31.9 yards per kick return and even took one return to the house for a 98-yard touchdown.

When I said Brandon Aiyuk was explosive, I wasn’t kidding. In the video below, you will see a glimpse of his game-changing explosiveness.

I think I’m in love with Brandon Aiyuk
pic.twitter.com/dz4Evx6yIT

Aiyuk could hear his name called at the tail end of round one of the 2020 NFL Draft to a team like the New Orleans Saints; however, I think it is likely that we see him selected early in round two. The good news, we will get to see a lot more of Aiyuk during the draft process, as he has accepted his invite to Reese’s Senior Bowl.