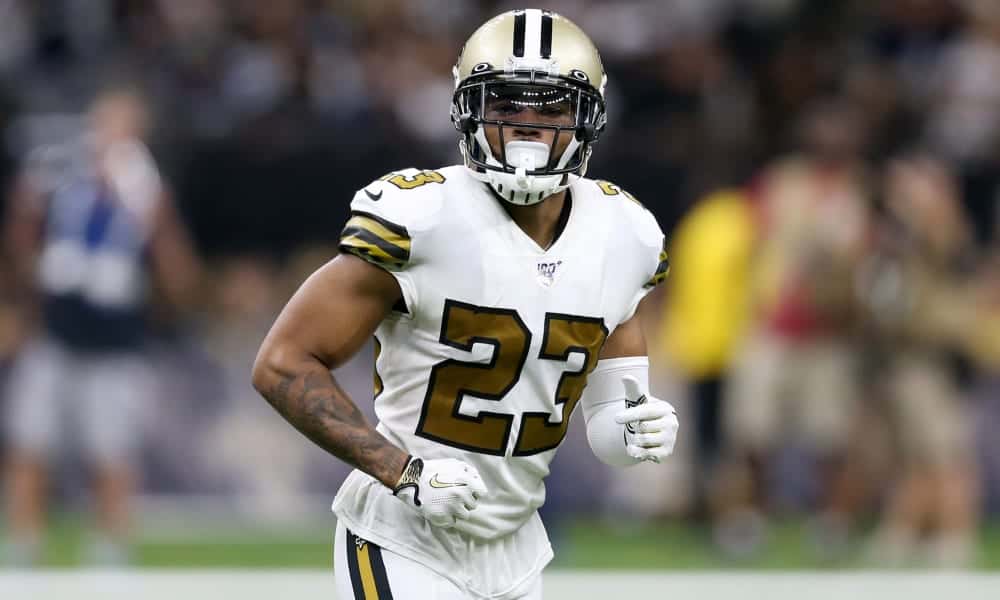 Everyone who makes it to the NFL is an incredible athlete. You don’t make it to the top of this profession if you’re not. When evaluating talent, there are two main questions: how do you quantify athleticism, and how much does athleticism matter compared to other factors? These are questions asked in every front office in the NFL, especially around the NFL Draft. Who are the top athletically-focused teams? RAS grades, a metric that gauges a player’s athletic ability relative to his position, can tell us a lot.

The game has changed quite a bit in the past two decades. One thing that hasn’t changed, though, is the positive correlation between athleticism and success in the NFL. Obviously, more goes into having a successful career than just being an elite athlete. One has to have a work ethic and drive to succeed. That said, there is a very strong correlation between “Elite” RAS grades and high levels of success in the NFL.

How much has the shift towards athleticism affected teams draft strategies over the years? Which teams are leaning into the change, and who is still resisting? I’ve taken a look at the past twenty years of RAS data to find out who are the top teams by RAS grade*, and what that information can tell us.

*For the purposes of this article, “top team” has been defined as percentage of picks who achieved an “Elite” RAS grade

What has the focus on athleticism gotten for the Colts? Since the 2001 season, they have racked up 187 wins and have missed the playoffs just six times. They’ve had 13 seasons with double-digit wins, and have taken home the Lombardi Trophy once. All of this while enduring two seasons of four wins or less, mainly due to injuries to their star quarterbacks.

The New York Giants have taken a lot of flak over the past few years for their draft strategies with GM Dave Gettleman at the helm. However, over the past two decades, the Giants have put an emphasis on athleticism in the draft, landing our fourth grade in the percentage of “Elite” athletes drafted.

Much like the Colts, the Giants have had a rather intense focus on “Elite” athleticism in the first round. With picks like running back Saquon Barkley, that’s not entirely surprising. Since the 2001 NFL Draft, the Giants have selected 18 players in the first round who qualified for a RAS grade, and 14 of those achieved “Elite” RAS status. Of the 126 players they’ve selected over that time period who qualified for a RAS grade, 50.79% have had an “Elite” grade.

Unlike the Colts, the Giants have not been nearly as rewarded for their efforts in drafting “Elite” athletes. Since the start of the 2001 season, they have 141 wins and have only made the playoffs seven times in those 20 seasons. On the other hand, they have also been rewarded with not one, but two Super Bowl victories in that same stretch.

The next team on our list of top teams by RAS grade shouldn’t surprise most draft diehards. The Raiders have long had a propensity for valuing elite athleticism, often to their own detriment. The Raiders are perhaps the most vivid cautionary tale when it comes to drafting athleticism. Elite athleticism is a strong indicator of success, but it’s important to evaluate how that athleticism translates to the field.

Unlike the Colts and Giants, they have not been rewarded for their focus on athleticism in the NFL Draft. They only have three playoff appearances since 2001, with one trip — a losing effort — to the Super Bowl in the 2002 season. Over that span, they’ve won just 113 games.

The Kansas City Chiefs are the defending Super Bowl Champions. One look at their roster and you can clearly see the focus on athleticism they’ve shown in recent years. They have elite athletes all over the field on both sides of the ball. So it should come as no surprise that they rank as one of the top teams by RAS grade over the last two decades.

By percentage, the Chiefs had drafted the second-most “Elite” RAS-graded players since the 2001 NFL Draft. Over that period, they have drafted 127 players, with 66 achieving an “Elite” RAS grade of 8.0 or higher, just shy of 52%.

What may come as a surprise though, is just how measured the Chiefs have been in their pursuit of athleticism, particularly at the top of their drafts. Since the 2001 NFL Draft, the Chiefs have drafted 14 players in the first round who qualified for a RAS grade. Only seven of those 14 achieved an “Elite” grade, with four rating as “Good” and three designated with a “Poor” grade. Athleticism matters to the Chiefs, but they’re clearly valuing other factors as well.

Kansas City has won 159 games over the last 20 years. They have also made the playoffs nine times in that same time span, including the last five. In the past two decades, they have also come away with a Super Bowl – the first in what may be several for Patrick Mahomes and the high-flying Chiefs offense.

The New Orleans Saints have been one of the most consistent, and successful, teams of the past two decades. Led by head coach Sean Payton and quarterback Drew Brees, they’ve become one of the best offenses in the league, and a team many others have tried — with varying degrees of success — to emulate. So it should come as no surprise they’re our top team by RAS grade over that stretch.

NFL fans of a certain age may remember the Saints being referred to as the “Aints” for many years, due to the franchise’s mediocrity. It’s been a different story over the past two decades, with just one season under seven wins since 2001. They’ve had double-digit win seasons eight times over that span, including each of the last three years, and have won a total of 173 games and one Super Bowl.