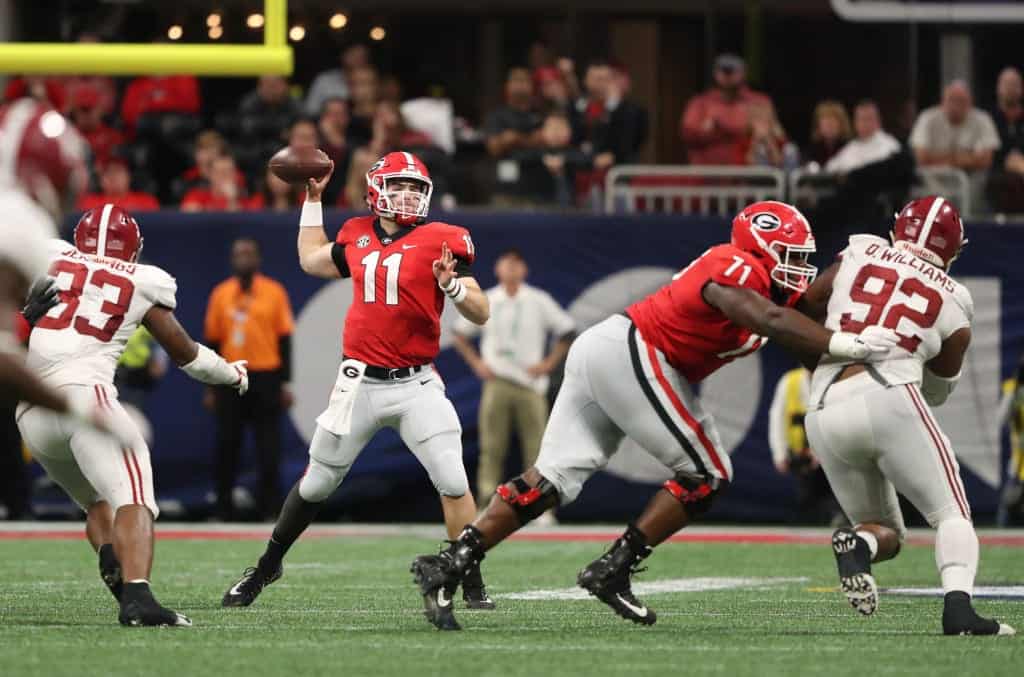 The New York Giants are coming off of a disappointing 2019 season. Now only did they go 4-12, but they also fired head coach Pat Shurmur. Most of Shurmur’s staff has been replaced, and the team is now being led by Joe Judge. The Giants’ goal of the offseason was to improve the defense and build around Daniel Jones. With several young pieces like Saquon Barkley, Darius Slayton, Lorenzo Carter, Dexter Lawrence, and Deandre Baker on the roster, the Giants have pieces to build around. How did the Giants grade out in the 2020 NFL Draft?

Who did the Giants draft?

This pick surprised many, considering the rumors that had been circling of the Giants being interested in Jedrick Wills or Tristan Wirfs, but Andrew Thomas is a slam-dunk pick at four. He is arguably the most pro-ready offensive tackle in the 2020 NFL Draft and should start day one for the Giants. They need his stout presence in a division that features Demarcus Lawrence, Brandon Graham, Ryan Kerrigan, and now Chase Young.

Whether Thomas starts at left tackle in place of Nate Solder or moves to right tackle is in question. Thomas has played significant time at both spots but looks more like the left tackle of the future for Big Blue. Thomas can be one of the league’s best left tackles for a team that’s been missing a stout presence at the position for years.

Darnay Holmes was one of my favorite players in the 2020 NFL Draft. Feisty, competitive, and athletic, Holmes checked off a lot of boxes. He’s one of the best athletes at the corner position among the 2020 class. Getting him in the fourth round is robbery. Holmes will come in right away and likely be the starting nickel corner for the G-men. This pick was easily the best value grade for the Giants.

I can’t really call a sixth-round pick a “reach,” but it was the only one that fit the criteria. The Giants certainly need more bodies at the linebacker position for the 2020 season. I wasn’t a huge fan of Cam Brown’s tape at Penn State, projecting him more as a special teams/developmental practice squad player. He’s a high-upside pick with good speed, length, and range, but there were better players on the board that would have made more of an immediate impact. The Giants didn’t really reach on their board much, but this pick could have been better.

Selecting Williamson in the seventh round could pay off big for the Giants down the road. Williamson has played both inside and outside at cornerback with Minnesota and now gives the Giants some versatility that they lack in the cornerback room. While the Giants have their starting outside corners locked in with Deandre Baker and newly-signed James Bradberry, the rest of the rotation has yet to be solved, with plenty of young talent in the mix.

Williamson lined up against some of the best in the Big 10 last year, including two players drafted ahead of him in Penn State’s K.J. Hamler and Ohio State’s K.J. Hill. He also squared off against two of the best receivers in college football in Minnesota’s Rashod Bateman and Tyler Johnson every day in practice.

Williamson likely competes with the aforementioned Darnay Holmes at the nickel spot, but don’t be surprised to see him emerge as their dime corner and rotate in at the outside and inside as a rookie.

The Giants, after enduring months of mockery regarding general manager Dave Gettleman, quietly went about and had an outstanding draft. They hit on several critical areas of need, including a significant investment in the offensive line to protect Jones, and addressed the defense with plenty of high-upside picks. None of their picks were reaches on my board either, a sign of a well-rounded and talented class. The Giants were overshadowed by their NFC East counterparts on draft day, but their class was just as impressive.