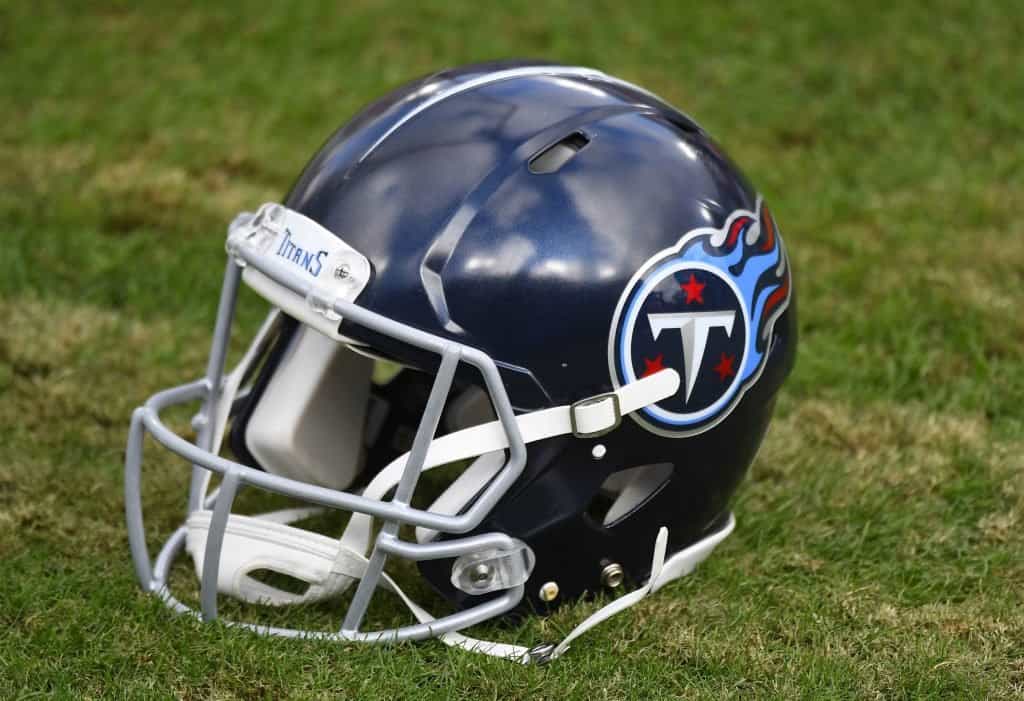 The Tennessee Titans are coming off their best season since 2008 and are poised to contend for the AFC South in 2021. However, several questions remain on their depth chart, which the Titans hope to answer in the upcoming NFL Draft.

How does the Titans’ offense now shape out with Julio Jones on the roster?

If you give someone $118 million, you expect them to produce. Fortunately for the Titans, Ryan Tannehill did just that in 2020. Completing 65.5% of his passes, Tannehill threw for 3,819 yards — most since 2015 — and set a new career-high with 33 touchdowns.

The question is, can he repeat this play in 2021? 45% of the Titans’ yards and 47% of their receiving touchdowns were lost in free agency, with Corey Davis and Jonnu Smith heading to new teams.

Remember when DeShone Kizer was the fourth QB selected in the 2017 NFL Draft and the Cleveland Browns starter that season? Yeah, that seems like a lifetime ago, but trust me, it did happen. The Browns were winless under Kizer, who completed just 53.6% of his passes for 2,894 yards, 11 touchdowns, and 22 interceptions.

At this point, there is little left to say about how special Derrick Henry and his incredible 2020 season were. Henry became the eighth RB in NFL history to run for 2,000+ yards in a season, with his 2,027 yards the fifth-highest mark ever. However, how long can Henry’s body sustain this kind of workload? Over the last two seasons, he totaled 681 rushing attempts.

With the type of volume that Henry sees, Darrynton Evans rarely receives an opportunity to see the field. The RB2 on the Titans’ depth chart saw just 14 carries for 54 yards in his rookie season last year.

Some players have an innate ability to score touchdowns. With regression the narrative of his second year, A.J. Brown proved his rookie campaign was no fluke. Battling through a pair of injuries, Brown recorded 70 receptions on 106 targets for 1,075 yards and 11 touchdowns. The only thing that limits his production is his target total.

It looked like Brown could see a boost in targets, but the addition of Julio Jones via trade has altered that significantly. Jones should hoover up the majority of the targets vacated by Corey Davis and could even steal some away from Brown. A 1-2 receiver punch of Jones and Brown is instantly amongst the best duos in the league.

Additionally, the Titans brought in former Rams WR Josh Reynolds to patch their receiver room. In four years, Reynolds started 24 games and amassed 1,450 yards and 9 touchdowns. His 618 yards last season were a career-best.

The fourth role in the offense is up for grabs. 2021 NFL Draft selection Dez Fitzpatrick has the potential but could redshirt 2021. Cameron Batson and Chester Rogers are both in the running for the role.

Batson played on 283 snaps over 12 games, catching 8 passes for 83 yards. Rogers, meanwhile, saw solid usage with the Indianapolis Colts as a rotational piece. Over four seasons (2016-2019), he appeared in 53 games where he caught 111 passes for 1,221 yards and 5 touchdowns. He suffered a fractured knee cap in 2019, failed to make the Miami Dolphins’ final roster in 2020, and spent last year on the Titans’ practice squad.

After Taylor Lewan tore his ACL, Mike Vrabel slid Smith inline due to his value as a blocker. The benefactor of this change was Anthony Firkser. He set career-highs last season with 39 receptions for 387 yards and a score.

Geoff Swaim re-signed with Tennessee during free agency but has seen limited action, catching 57 passes in 53 appearances. Given the team’s propensity to run 12 personnel, Swaim will likely see an increased snap count in 2021.

A three-time Pro Bowler, the Titans hope Lewan will be back in time following a torn ACL in Week 6. When on the field, Lewan is the best lineman on the Titans’ depth chart.

Ty Sambrailo re-signed with the Titans following an odd year. Sambrailo recorded five starts in 2020 before suffering an undisclosed season-ending injury late in November. He will compete with rookie tackle Dillon Radunz for the starting role at right tackle. Radunz is extremely talented but might not be able to start immediately in 2021. Talent-wise he will have every chance but he needs to prove it.

Having spent the last two seasons with the Cleveland Browns, Kendall Lamm agreed to a two-year deal with the Titans worth up to $8.5 million. He will also enter camp with a chance to win a starting job.

An 11-year veteran, Rodger Saffold has started 15 or more games since 2016. Over the last five seasons, Saffold played on 90.8% of the team’s offensive snaps.

Nate Davis started 29 games since entering the league in 2019, including all 16 games last season. He played on all 1,074 of the Titans’ offensive reps and quietly became one of the most consistent guards in the AFC.

Ben Jones has been with the Titans since 2016, starting all 16 games in each season. He’s played 98.3% of the team’s snaps over the last six years.

Jeffery Simmons is the clear stand-out atop the Titans defensive line depth chart. The former first-round pick has grown into the role as a starter. He should play alongside Woodrow Hamilton, but that second role on the interior is very much open to competition.

Teair Tart is a potential breakout candidate on the Titans’ depth chart for 2021. He recorded 2 QB hits, 2 tackles, and a pass deflection over seven games last season.

The most significant addition to the Titans’ depth chart during free agency was former Steeler Bud Dupree. He tore his ACL in 2020, but that did not diminish his market value as he signed a five-year, $82.5 million contract. Dupree put it all together over the last season and a half, recording 19.5 sacks, 99 tackles, 24 tackles for a loss, 6 forced fumbles, and 32 QB hits.

The Titans were not finished bolstering their EDGE position, a must after recording just 19 sacks (30th) and pressure on 17.6% of their snaps (31st). Denico Autry signed a three-year, $21.5 million contract with the Titans in free agency. Autry spent the last three seasons with the Colts, racking up 20 sacks and 102 tackles over that span.

Jullian Taylor also signed with the Titans but has not played since he suffered a torn ACL in December of 2019. He spent the 2020 season on the San Francisco 49ers’ PUP list before being waived.

Jayon Brown started in all 10 of his appearances with the Titans in 2020, registering 76 tackles (45 solo), a sack, and 8 passes defensed. Brown re-signed with the Titans on a one-year deal worth up to $5.25 million.

The addition of Monty Rice in the third round of the 2021 NFL Draft gives the Titans significant depth at inside linebacker. He could be a starter later in the season as a rookie.

David Long played just 25 snaps on defense over the first eight games but started the last five to close out the season. He ended the year with 54 tackles (30 solo), 2 tackles for a loss, 2 passes defensed, and a forced fumble.

Heading into his 10th season in the NFL, Janoris Jenkins signed a two-year, $15 million contract with the Titans in free agency. The New Orleans Saints released him due to cap issues. Jenkins started 15 games last year, including the playoffs, recording 3 interceptions and 12 passes defensed.

Kristian Fulton didn’t have the rookie season the Titans, nor he, expected. Fulton dealt with an injury along with testing positive for COVID-19, limiting him to just six games. He tallied a sack, 1 interception, 1 pass defensed, and 16 combined tackles (1for loss). Tennessee hopes he can take the next step forward in his progression in 2021.

If Caleb Farley is healthy to open the season he will almost assuredly be a starter. The talented cornerback was once considered a potential top 10 pick in the 2021 NFL Draft.

Staying in the AFC South, former Texans CB Kevin Johnson signed with the Titans to a one-year deal. He spent the last two seasons with the Bills and Browns, appearing in 29 games. He generated 71 tackles (47 solo), 8 passes defensed, 4 QB hits, and 1 forced fumble.

As Kenny Vaccaro remains unsigned in free agency, the Titans need Kevin Byard to reproduce the success he saw in 2020, where he led their depth chart in tackles. A vital member of the defense, Byard recorded 111 tackles, 2 tackles for loss, 7 passes defensed, 1 interception, and 1 forced fumble. He played 100% of the defensive snaps in all but one game last year.

If you are looking for an area of improvement for 2021, it would be in interceptions. His 1 interception was the lowest since his 2016 rookie campaign after snagging 17 over the last three seasons combined.

Tennessee is expected to move Amani Hooker into Vaccaro’s role and take over the starting safety position. Although he received finite work last season, he made the most of it by producing 51 tackles, 8 passes defended, and 4 interceptions on just 468 snaps.

Appearing primarily on special teams for the New York Jets in 2020, Matthias Farley joins the Titans’ depth chart on a one-year deal. Farley generated 24 tackles (7 on special teams) and 3 passes defensed. His role should remain the same with Tennessee in 2021.