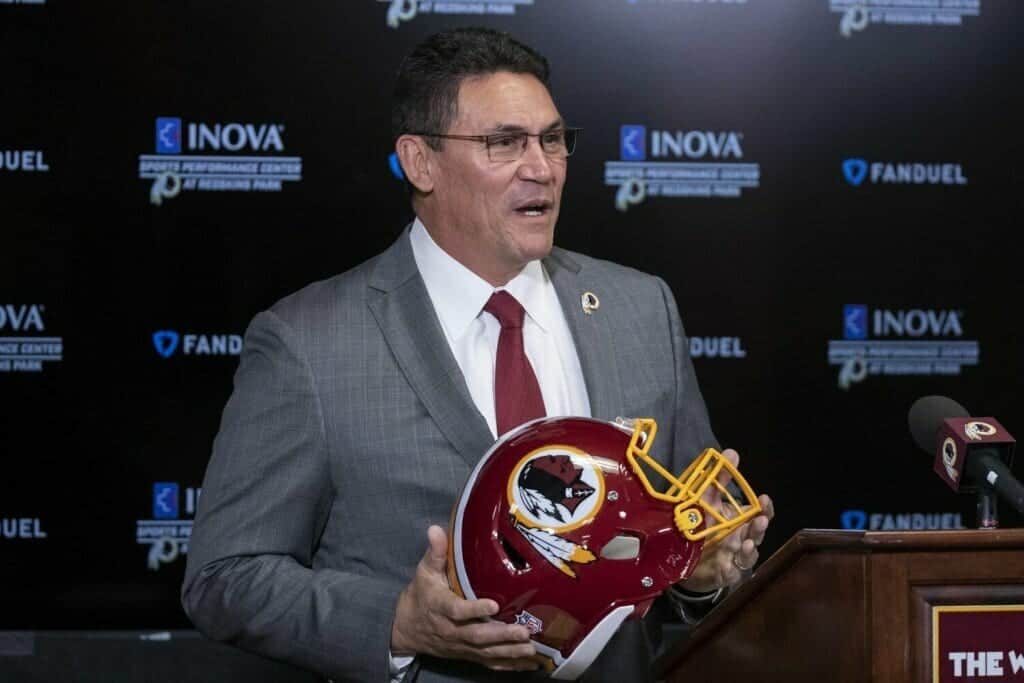 Other than Joe Burrow and the Bengals, Chase Young to the Redskins has been the most common connection between a prospect and team this draft season. Young is widely viewed by fans and the media as the top prospect in the 2020 NFL Draft class, and for good reason. Young led the nation in sacks in 2019, and was a finalist for the Heisman Trophy, as the nation’s top player. Young eventually lost the race to projected #1 pick Burrow, but despite this, his stock did not take a hit in public circles.

However, according to PFN Insider Tony Pauline, some in the scouting community believe the fans and the media may be overrating Young. He also mentioned that he’s hearing newly hired Redskins head coach Ron Rivera loves Young. Finally, Pauline noted that the belief around the team is that Rivera and company will also find a way to convince All-Pro left tackle Trent Williams to return to the team and play under Rivera.

All of these points will be discussed in this article, and you can read all of Tony’s mailbags, which are always filled with what he’s hearing around league circles.

You can listen to the conversation about Young and other Redskins notes beginning at the 20:00 mark. We’ve also included the podcast player at the end of this article and have transcribed most of the details below.

In his most recent mailbag, Pauline was asked: “Which player has the biggest divide between media perception and the actual opinion of the scouting community?” Pauline responded, “Ohio State defensive end Chase Young, as many in the scouting community feel he is overrated. Young has upside but is not a ‘sure thing’ compared to Nick Bosa, something teams really prefer in a Top 3 selection.”

Pauline then elaborated on his podcast, saying, “I happen to like the guy, I think he’s exceptional, but I understand why. This is not the first time. I had spoken with somebody in the New York Giants, and they questioned why it seems that Chase Young doesn’t show up in the big game. People talk about pressures, but he didn’t have the impact you would expect a guy like Chase Young to have.”

“People say it’s lying season or smokescreen season, but this is the way that some people feel. They feel that Chase young is a more explosive athlete than Nick Bosa, but he doesn’t have the same technique, he doesn’t have the same strength, he doesn’t play as well with his hands, he doesn’t play with the same pad level. He’s definitely not as strong as Nick Bosa, he gets washed from the action more easily and more readily than Nick Bosa did. He is more explosive, he probably has a better first step. He plays with more suddenness, but as I said, people feel that he’s not as NFL ready as Nick Bosa was, and that’s the feeling.”

“It’s understandable, if you watch Chase Young, that these opinions are being shared by many in the league because that’s the way they feel. It’s not smoke; all you’ve gotta do is watch the film. Chase Young is a phenomenal player, but he’s not a complete player. He’s a guy who needs to physically get bigger, he needs to physically mature. Add some bulk to his frame. Add some strength to his body, and it will come, but there is some downside there compared to Nick Bosa.”

In a vacuum, I agree with what Tony is saying. Bosa was a well-developed player coming out of Ohio State. His best traits were the use of his hands and his developed body and frame. He was ready to make an impact immediately, and his transition to the NFL was easy to project.

Meanwhile, Young is a premier athlete who’s upside is palpable. He possesses elite physical traits, great size, and a non-stop motor. He’s the type of prospect that you look at, and if things go right, you could see him putting together a 20-plus sack season. However, as Tony mentioned, a lack of functional strength and refinement as a pass rusher makes him a less developed and NFL ready prospect than Nick Bosa was.

However, a positive sign for Young’s future is the development he had between his sophomore season and his junior year. As a sophomore, Young won exclusively with athletic ability and explosion off the line, but in his junior year, he showed a development with his hand usage and pass-rush plan. It’s encouraging to see how, in one offseason, he was able to go from being a just a physical specimen, to the top player in the country. How Young develops in an NFL weight room and offseason program will be interesting.

On Draft Insiders, Tony mentioned the interest the Redskins and new head coach Ron Rivera have in Young: “I will tell you this – I said weeks ago that in my Q&A segment that Ron Rivera, who took over the Washington Redskins, loves Chase Young. I’ve not heard that that has changed. I’m told that he loves The Predator and he reminds him of Julius Peppers. As of right now, it’s very likely the way they’re going to go.”

“This was nothing to do with the Washington Redskins thinking that Chase Young is overrated to blow smoke, not that they would have to anyways. He’s going to be there when the Bengals likely take a quarterback with the first pick.”

This news shouldn’t come as a shock to anyone. If you look at the history of the Redskins staff, Rivera spent two years with Peppers, a Hall of Fame-level defensive end. Rivera also drafted Brian Burns, edge rusher out of Florida State, in the first round.

Finally, the man leading the scouting department is long-time Redskin, Kyle Smith. Smith was a vocal fan of Montez Sweat, whom the Redskins traded up to draft in the first round last year. Smith even mentioned that Sweat was a legitimate option at #15, where the team selected presumed franchise quarterback Dwayne Haskins. If Smith loved Sweat, expect him to view Young in extremely high regard. I would expect Chase Young to be selected by the Redskins.

The Trent Williams situation is one of the Redskins’ biggest storylines. Whether or not he returns to the team will have major implications on their draft selections and how they approach free agency. Williams had major issues with former team president Bruce Allen, as well as the team’s medical staff. However, with the exodus of the Redskins staff, there’s reason to believe that Williams could return.

Pauline had this to say: “There’s a feeling out there speaking with people that they feel the Redskins will be able to bring Trent Williams back, because a lot of the problems, or a lot of the things that were causing Trent Williams problems in the organization, are no longer there.” He then ended the subject saying, “If they bring him back, and draft Chase Young, all of a sudden things take a new look, a much more positive look, for the Redskins.”