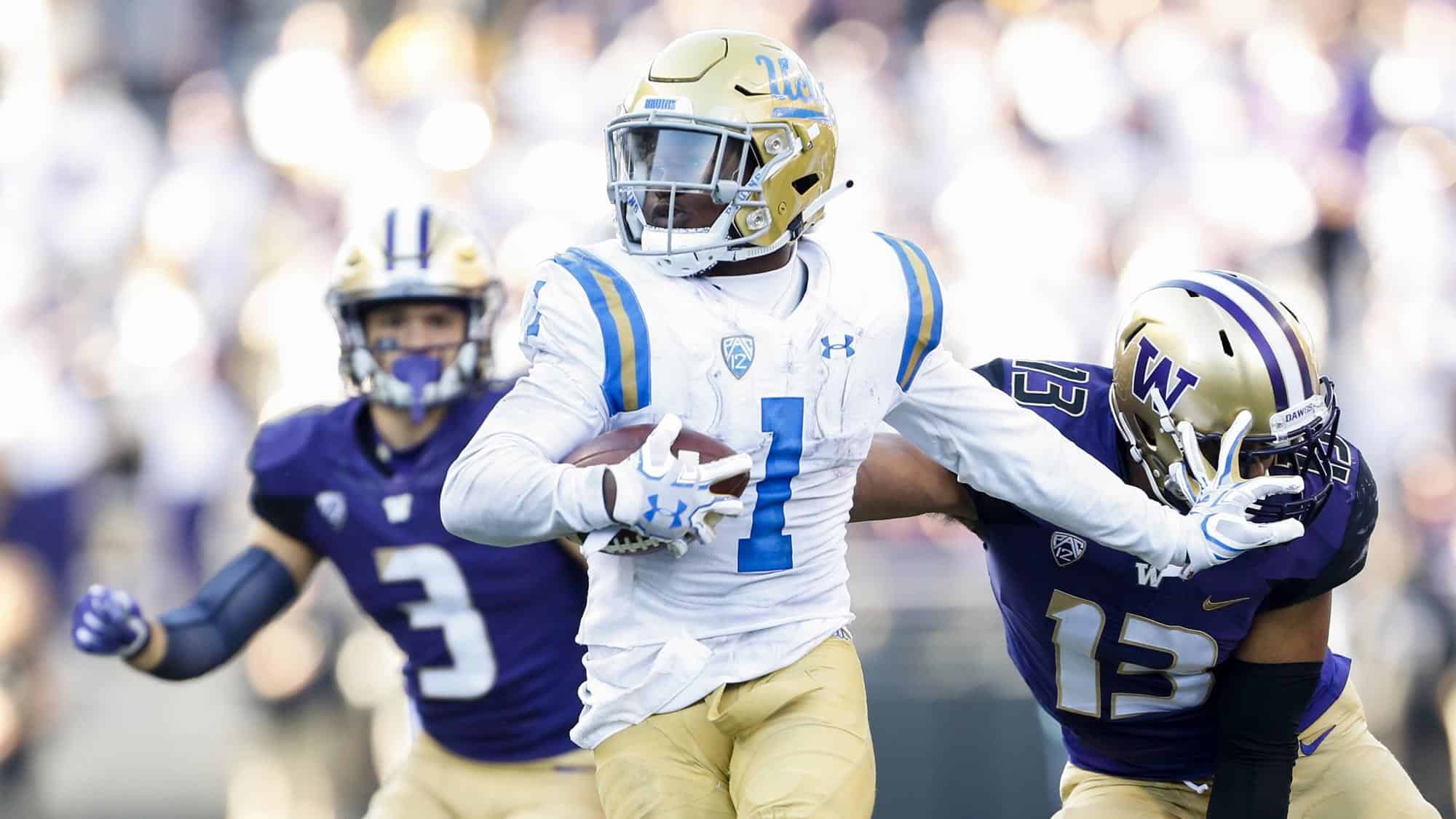 It seems like every NFL Draft I fall in love with a swagger-filled corner. In 2018, it was Jaire Alexander. Last year, Byron Murphy earned that honor. An undersized speed demon (ran a blistering 4.32 out of High School), Darnay Holmes seems to have filled that coveted 2020 spot.

As a kid, Holmes once walked in on his dad with seven bullets in his chest (thankfully his father lived). At one point, his sister had two miscarriages. He and his brother Darick, however, have fought through it all. Standing 5-foot-5, Darick hasn’t been able to get his college football shot, but it’s his drive and spirit that helped inspire his brother. Darick’s nickname is “Mad Dog” for a reason, and it’s that rambunctious mentality that has crept its way into Darnay’s play.

Darnay Holmes is fast, physical and knows how to hit. Last season as a true freshman, he was one of the biggest weapons on defense. Imagine what he will do under the new defensive coaches? pic.twitter.com/s1GxWKt3SG

The special thing about Holmes’ game – and what makes me fall in love with prospects such as himself – is that size doesn’t define him. Physical beyond belief, he puts his body on the line game in and game out, and his effort and attitude is a legitimate tone setter for any defense he’s going to be a part of. Yes – standing at 5-foot-10, 200 pounds doesn’t come without its concerns, but Holmes has a big enough vertical, strong enough ball skills, and more than enough competitive fire to mitigate those concerns. He’s proven just that throughout his collegiate career.

Recruited to UCLA as a 4-star prospect, Holmes was thrown into the fire right away in his freshman season. Playing on a disappointing Bruins squad, the corner showed off his rare skill-set, truly doing it all in his first college year. Starting on defense and asked to return kicks, Holmes displayed natural ball skills and infectious enthusiasm in those initial 13 games. Versatile and quick, he lined up in both the slot and on the outside, using his quick twitch and superb stop-start ability to his advantage. Heck, his hips were so smooth they made Shakira jealous. It was a fantastic start and one that warranted plenty of hype heading into the 2018-19 season.

The terrible angle is what got him so far behind in the first place – but SWEET LORD is that an amazing play by Darnay Holmes.

Ran a 4.32 out of High School and looks every bit that fast here. pic.twitter.com/Bm7A8BqRCZ

To no one’s surprise, Holmes continued his growth and had a stellar sophomore campaign. Playing on a 3-9 team, however, it just didn’t get the attention it deserved. Once again nabbing 3 picks, he played against some of the toughest wideouts in college, including Marquise Brown and N’Keal Harry (both 1st Round NFL Draft selections), handling each exceptionally well.

And then subsequently taking it to the house. pic.twitter.com/K0XmbkzkDL

Brown is a legit sub 4.3 speedster – and was kept in check by Holmes for the majority of that game. Also, and maybe most importantly – most of it was done without over-the-top help. Sure, Holmes didn’t cover Brown perfectly, but he handled the fastest receiver in college quite well. Staying toe-to-toe for nearly the entire game, the Hollywood cornerback made his mark, even if it wasn’t recognized nationally.

Garnering warranted Adoree’ Jackson comparisons, Darnay Holmes is taking things one step at a time, entering his third college season. He needs to fix some technical issues and stay more patient on double moves (both problems Adoree’ had), but the sky is truly the limit. Cornerbacks with his type of speed and mindset don’t wait long on NFL Draft day. Barring something unforeseen, Holmes won’t either.

In this article:Darnay Holmes, Featured, featured