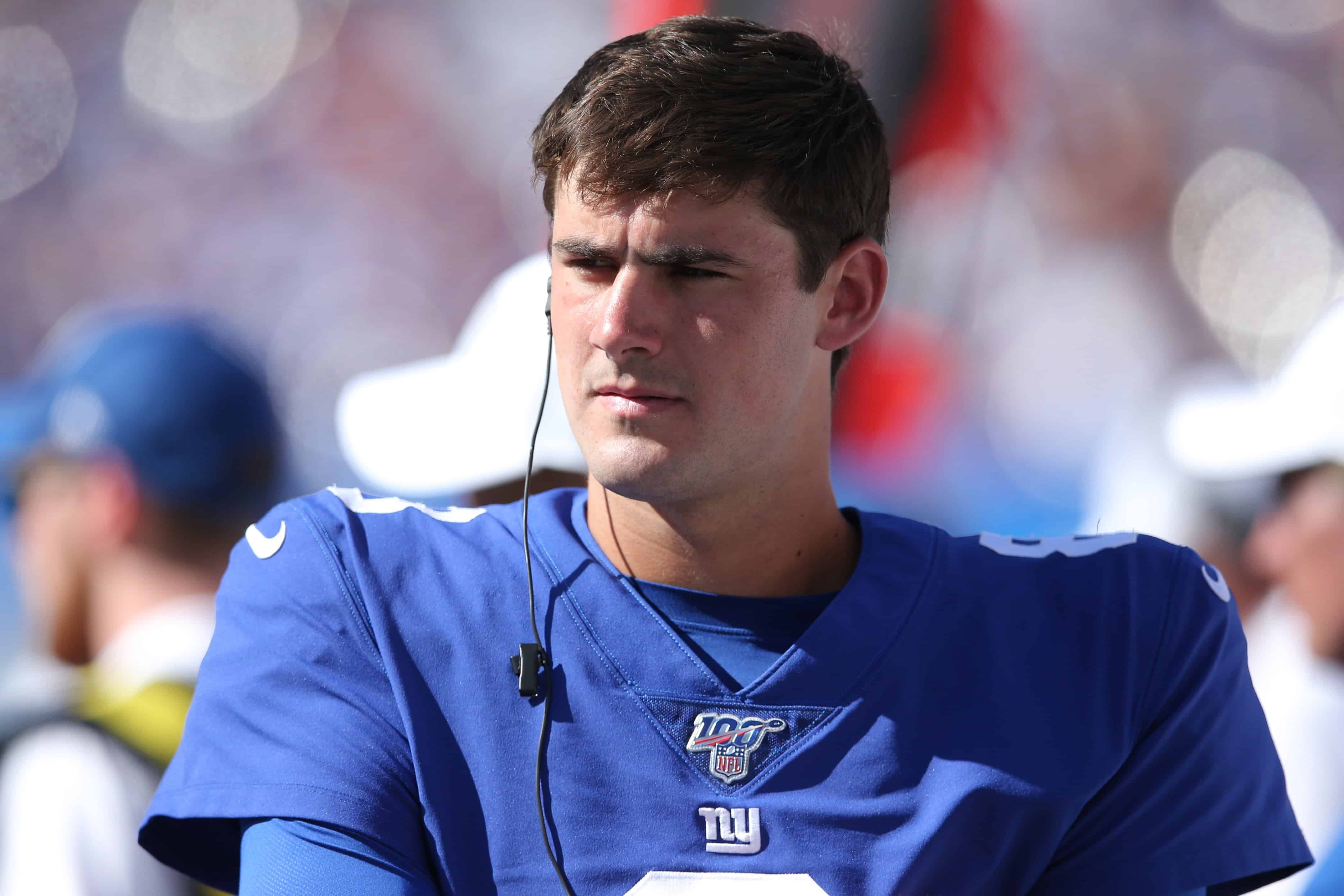 The New York Giants have decided to finally end the Eli Manning era and turn to their first-round rookie quarterback Daniel Jones. Let’s go back and track the events from his college days to the drafting of Jones to him becoming the Giants’ starter.

Jones made a name for himself under the watchful eye of head coach David Cutcliffe at Duke. The two of them helped make Duke more than a basketball school.

Jones began his college career in 2016 with a win in Duke’s season opener against North Carolina Central. Jones went 10-of-15 for 189 yards and two touchdowns in his Blue Devil debut. Unfortunately for Jones, Duke was not good in 2016, winning just four games. Jones threw for 2,836 yards, 16 touchdowns, and nine interceptions.

The 2017 season started off strong for Jones and the Blue Devils. Duke won their first four games and Jones had a five-to-two touchdown-to-interception ratio. Then the wheels fell off for Duke. They lost six straight and Jones threw just three touchdowns with six interceptions in that stretch.

Jones turned things around just in time, throwing a pair of touchdowns each against Georgia Tech and Wake Forest, leading Duke to wins in their final two games of the regular season and becoming bowl-eligible. Duke went on to easily defeat Northern Illinois in the Quick Lane Bowl, 36-14, as Jones went 27-of-40 for 252 yards and two touchdowns and Duke finished with a 7-6 record. In total, Jones threw for 2,691 yards, 14 touchdowns, and 11 interceptions.

In Jones’ final season at Duke, Jones posted three games of over 300 yards passing, including a 423-yard performance in the Independence Bowl in a dominating 56-27 win over Temple, a game in which Jones threw five touchdowns and two interceptions. Jones played in 11 games in his final season, going 6-5, throwing for 2,674 yards and a career-high 22 touchdowns with nine interceptions.

Jones’ talent and arm strength was certainly catching the eye of some NFL evaluators and helped earn him a trip to Mobile, Alabama for the Senior Bowl. He joined the likes of Missouri quarterback Drew Lock, West Virginia quarterback Will Grier and current Jaguars’ starter and former Washington State quarterback Gardner Minshew.

After a quiet week of practice, Jones turned up the dial during the game. Jones was the third quarterback to play for the North team after Lock and former Penn State quarterback Trace McSorley. Jones went 8-for-11 for 115 yards and one passing touchdown while also rushing for a touchdown. Jones helped lead the North to a 34-24 win over the South and earned Senior Bowl MVP honors.

Jones then threw and ran drills at his Pro Day, which included going 61-of-64 passing and improving his 40-yard dash time from the Combine, logging times of 4.68 and 4.64 on his two attempts.

All the draft buzz surrounding the quarterbacks certainly started with Oklahoma quarterback Kyler Murray, who was pegged for months by draft analysts to be selected number one overall by the Arizona Cardinals. But who would be next? Ohio State’s Dwayne Haskins? Lock? And would a team trade up for one of these quarterbacks?

The Giants were a good bet to at least select a quarterback, as they entered the draft with the sixth and 17th picks after trading Odell Beckham to the Browns. Though there were folks who believed the Giants might simply wait until the 2020 draft to find their guy. So the question became would they package the picks and move up or hope a quarterback would fall to them? Or, in fact, wait for next year?

As it turned out, Giants’ general manager David Gettleman was clearly high on Jones, selecting him with the sixth overall pick in the draft. That was certainly a pick that shocked everyone in the football world. The prevailing thought was that if the Giants would take a quarterback, it was perhaps going to be Haskins and that they would either draft one at No. 17 or move up from that pick to get their guy. So the shocking part for many was a combination of the Giants grabbing Jones and using the number six pick on him.

Gettleman claims two teams would have taken Jones ahead of him at 17, which led to him selecting Jones at number six. And it’s possible a team would have selected him or even traded up for him had the Giants passed on Jones at six. But in the end, the Giants strongly felt Daniel Jones was the right man to succeed Eli Manning as the quarterback of the New York Giants.

Jones actually didn’t officially sign his contract until the day before the Giants began training camp. It was a long wait before the Giants finally got Jones under their watch and he worked in at times with the first team but mostly was sitting as the number two quarterback, which was to be expected at this early stage.

But when the team took the field for their preseason games, Jones started to show he may be ready for primetime earlier than expected.

Jones got his first taste of professional football in the preseason opener against the New York Jets and completed his first five passes and led the Giants on a touchdown drive. A lightning delay prevented Jones from playing any further against the Jets. He continued his strong preseason start the following week against the Chicago Bears. He went 11-for-14 for 161 yards and a touchdown, though he did have two fumbles. But overall, Jones was continuing to play well.

In total, Jones went 29-of-34 for 416 yards and two touchdowns with no interceptions in the preseason and it became a matter of when, not if, Jones would take over for Eli Manning.

The regular season finally arrives and the Giants have some hopes, mostly surrounding star running back Saquon Barkley. Unfortunately, it hasn’t taken long for those hopes to begin to fade away. Manning struggled out of the gate. He wasn’t terrible, numbers-wise, in Week 1 against the Dallas Cowboys. He went 30-of-44 for 306 yards and a touchdown, but the Giants couldn’t stop the powerful Cowboys’ offense, losing 34-17.

Manning’s regression sped up again in Week 2 against the Buffalo Bills. You can argue the lack of weapons at the wide receiver position, but Barkley was still in the backfield and yet Manning couldn’t lead the offense. Manning finished 26-of-45 for 250 yards, one touchdown, and two interceptions and the Giants dropped a 28-14 decision to the Bills and the Giants are once again 0-2.

After their third straight 0-2 start and sixth in the last seven years, the Giants were already starting to see their season fall apart. At this point, between the season going south and Manning’s talent having long gone south, it made sense to see what the rookie can do. And on Monday, that’s exactly what happened. The Giants made the decision to name Daniel Jones as their starting quarterback and he will make his debut on Sunday against the Tampa Bay Buccaneers.

Naturally, this was a tough pill for Manning to swallow, who has only missed one game since taking over for Kurt Warner in the middle of the 2004 season, which was Week 13 of 2017 against the Oakland Raiders. Geno Smith was the starter that game. Manning was back in the lineup the next week against the Cowboys.

Depending on who you talk to, this was either much earlier than expected or two weeks later than it should have been, but Daniel Jones will now get his chance to shine and prove he truly is the future of the New York Giants.