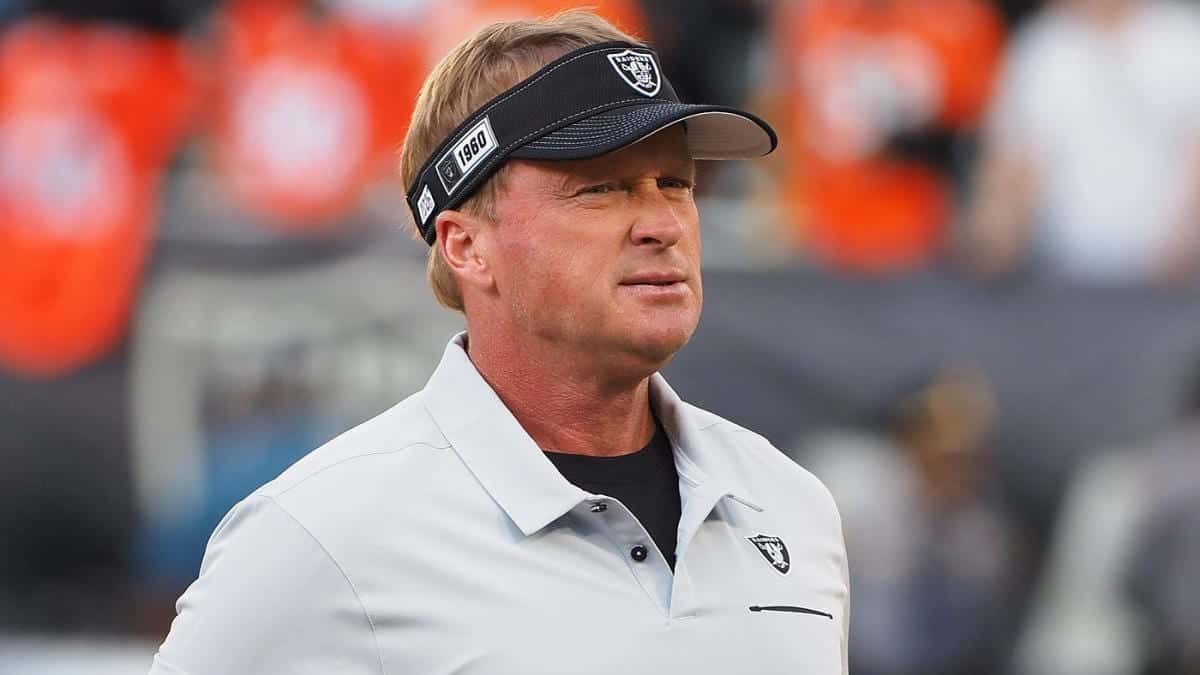 Credit CBS Sports
What's in this article? Click to show
New CBA on the way?
A big roster revamp for Raiders?
Position change for Juwan Johnson
Perry eyeing the NFL over the military

The second day of Shrine week practice is in the books. Our practice reports for both the East squad and the West squad have been published. Tomorrow will be the final and fiercest day of practice. So what’s the latest news coming from St. Petersburg? Here’s the buzz from the Shrine Game this evening.

New CBA on the way?

Late in the season during our PFN College Football Game Day blog, I mentioned there was real concern around the league about a lapse in the CBA and people felt there would be a work stoppage resulting in games missed during the 2021 regular season.

I can tell you the word here in St. Petersburg is the NFLPA and the league are working hard on a new CBA with the hopes of announcing a new deal before the Super Bowl. The timing would be perfect-  among the glitz and glamour of the week leading up to the game comes an announcement that the players union and the league have an agreement in place to keep the NFL running and avoid a potential work stoppage.

A big roster revamp for Raiders?

It’s interesting that the Raiders have both general manager Mike Mayock as well as head coach Jon Gruden on hand to watch practices. I’ve been to all padded practices at the Shrine Game since the event moved to Florida in 2010 and I don’t ever recall seeing a head coach attend practice.

I think this adds up to some significant roster changes for the Silver and Black.

During the start of the West practice, I mentioned I believe the best thing for Oregon wide receiver Juwan Johnson’s NFL future is to add 10 pounds to his frame then switch him to a move tight end position. I can tell you I’m not alone, as several scouts I spoke with immediately after practice are of the same opinion.

Ironically, it was a similar situation for Jesper Horsted a year ago. Horsted, then a much-celebrated receiver from Princeton, came to the Shrine Game at 225 pounds and had a great week of practice. Yet people knew he would never make it at the receiver position due to limited speed and quickness. The Chicago Bears signed him after the draft and turned him into a tight end and Horsted presently sits third on the depth chart at the position.

Perry eyeing the NFL over the military

Malcolm Perry capped a great career of football at the Naval Academy and has turned in two good days of practice at the Shrine Game. So how soon will it be before we see Perry on the football field again after Saturday’s game?

If the former Navy quarterback has his way, it will be sooner rather than later. I’m told Perry wants to play in the NFL immediately, starting in the 2020 season, and defer his military commitment until after his playing days are done.

That’s a definite possibility after the Department of Defense announced last year they would relax service commitments of athletes who come out of the three armed forces academies and want to play professionally.