As we wait for the NFL regular season to begin, there’s a bucket load of anticipation and the need to take a first look at the betting odds.

By PFN Staff
May 14, 2020
What's in this article? Click to show
Tough start for the Kansas City Chiefs
More division winners to face
New homes for the Raiders and Rams
Good luck to the Cleveland Browns and Arizona Cardinals
Another title for the Chiefs?

One of the most exciting parts of the NFL season doesn’t include any actual games. No players are on the field when the new NFL schedule is announced. Instead, there’s a bucket load of anticipation and the need to take a first look at the betting odds.

The new NFL schedule was published on May 7, and that begins the countdown to the start of the 2020 season, which is scheduled to start on September 10 (subject to any delays) and end with Super Bowl LV at the Raymond James Stadium in Tampa on February 7, 2021. That Super Bowl date feels a long way away, but September will be with us before we know it.

The 2020 NFL season will start with Kansas City Chiefs, the current Super Bowl champions and winners of the AFC West hosting the Houston Texans, who won the AFC South in 2019. The two sides met in last season’s playoffs with the Chiefs winning 51-31 with 52 points scored in the first half alone. A repeat of that game would get the new season off to a great start.

Already, you can get some odds on your preseason favorites. If you want to check out the latest NFL odds, then a trip to the leading sportsbook Bovada is a great idea. They have plenty of betting opportunities and markets available for the new season.

That, of course, includes odds for this opening clash between the Chiefs and the Texans. There’s a ten-point spread at Bovada with both teams having odds of -110 in American odds (10/11 in fractional).

After their opening game against the Texans, the Chiefs travel to Los Angeles to take on the Chargers on September 20. Their opponents finished at the bottom of the AFC West last year with a 5-11 record and lost both at home and away to the Chiefs.

The defending Super Bowl champions then face a tough game away at the Baltimore Ravens on September 28. The Ravens won the AFC North with a 14-2 record before disappointing in the playoffs. One of those regular season losses was against Kansas City Chiefs.

October 4 then sees the Chiefs host the New England Patriots. Spot the theme yet? Well, the Patriots won AFC East last season, so in their first four games of the new season, the Chiefs will meet the other three AFC division winners from last season.

New homes for the Raiders and Rams

The rest of the opening games for the upcoming NFL season make for a few interesting scenarios. One significant change in 2020 is a change for the Raiders. No longer are they in Oakland. This season, they move to Las Vegas.

They start the season with a trip to the Carolina Panthers on September 13, who, just like the Raiders, failed to make it into the playoffs last season. A tight match is expected with both teams at -110 with Bovada on just a one-point spread. 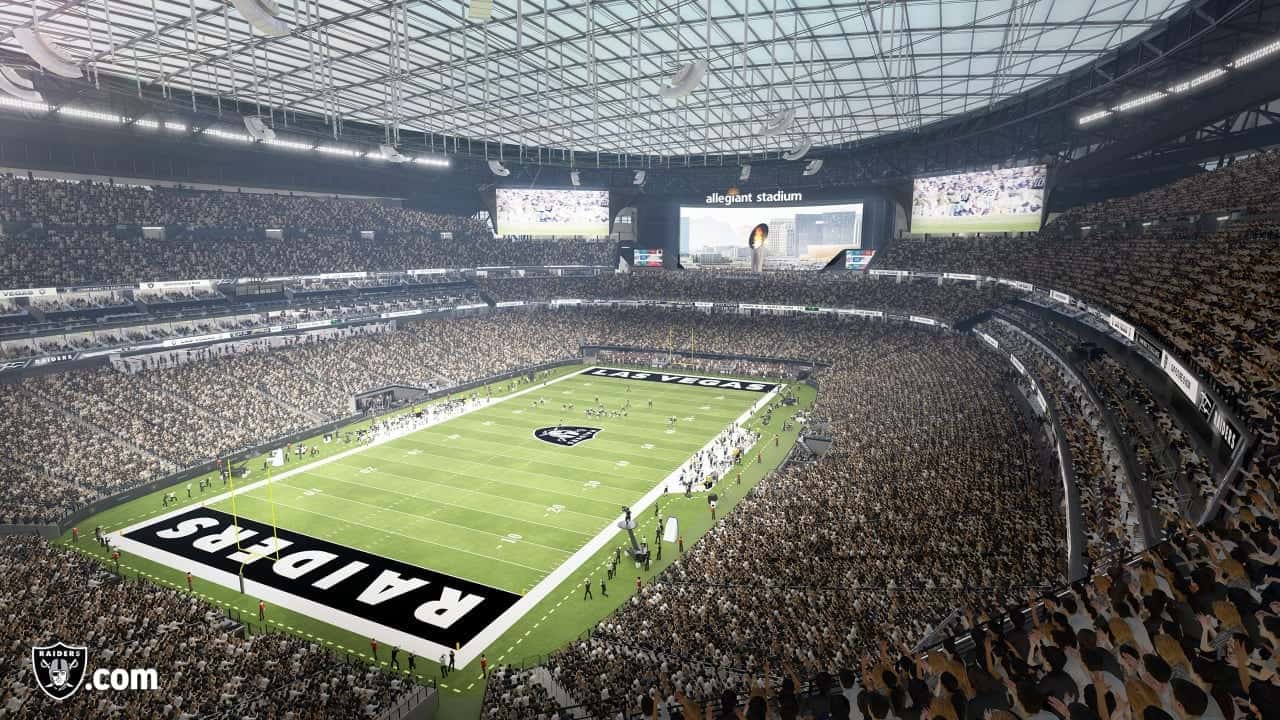 Another change for 2020 sees the LA Rams begin life at the SoFi stadium. They host the Dallas Cowboys on Monday, September 14. It’s not a game they are tipped to win, but Bovada has the Rams at -130 (10/13) on a 3-point spread. Meanwhile, the Tampa Bay Buccaneers now have quarterback Tom Brady. All eyes will be on the veteran when Tampa Bay goes to the New Orleans Saints on September 14.

Good luck to the Cleveland Browns and Arizona Cardinals

Some teams who had disappointing seasons in 2019 have a tough start. The Cleveland Browns were 6-10 last season and begin their 2020 campaign with a trip to the Baltimore Ravens. The Arizona Cardinals, who won just five games in 2019, also have a daunting opening matchup against the San Francisco 49ers, who nearly won the Super Bowl against the Chiefs.

Another title for the Chiefs?

Can the Chiefs retain their Super Bowl title? It’s an open betting market at present with the defending champions generally available at +600 (6/1). The main rivals are considered to be the Baltimore Ravens, who Bovada (full review) currently have at +650 (13/2) with the San Francisco 49ers at +800 (8/1). Another Super Bowl victory for Tom Brady with his new team Tampa Bay is +1000 (10/1).

There were plenty of upsets last season, particularly in the playoffs. The Chiefs will be hoping for another stellar set of performances from their quarterback Patrick Mahomes. If that is the case, then another Super Bowl title is by no means out of the question.