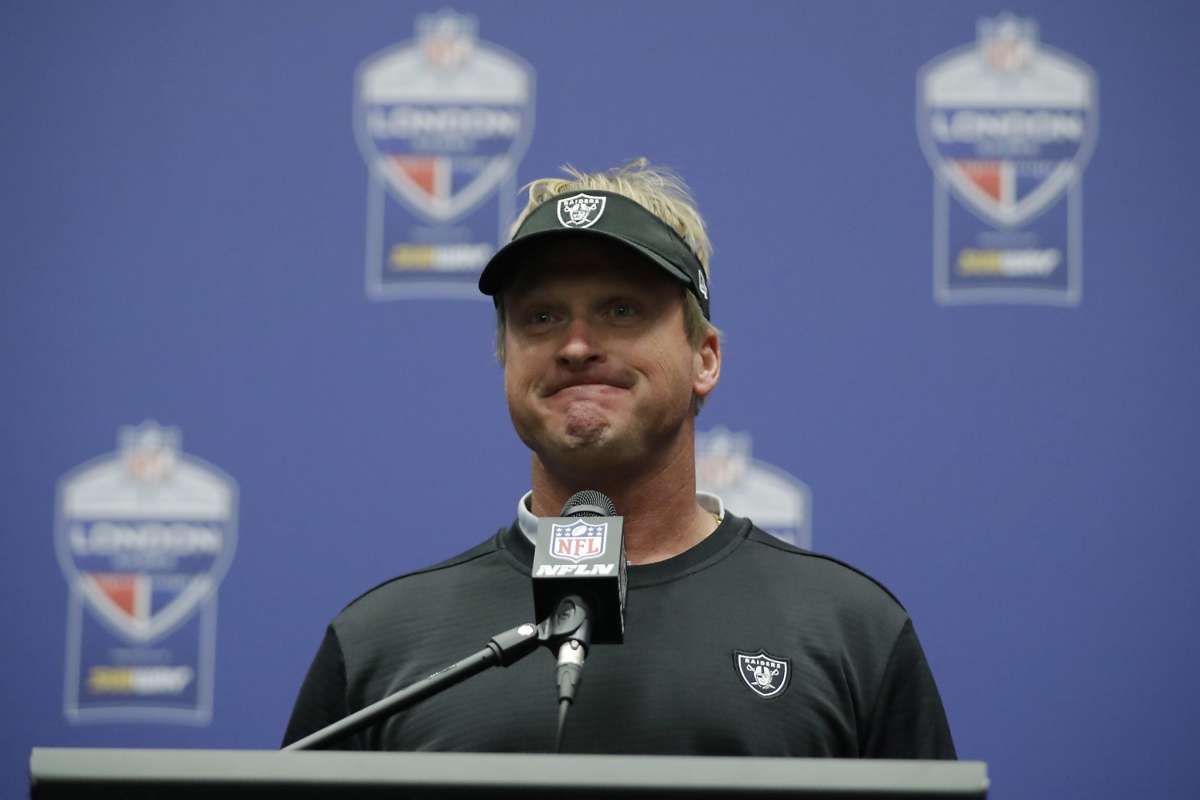 The Raiders are moving to a new city, with a new stadium, and a new direction for the team. The 2020 NFL Draft will be a defining moment for the team as they enter a new decade. With a number of needs to address and endless possibilities, it will be interesting to see what players they take, and what positions they look to improve.

In last year’s draft, general manager Mike Mayock and head coach Jon Gruden showed that they had no interest in succumbing to the consensus, and will take whomever they have atop their board. This was apparent right off the bat when they selected Clemson edge rusher Clelin Ferrell at #4 overall, over the likes of Josh Allen, Ed Oliver, and Brian Burns. Expect them to follow the same philosophy in this year’s draft as well.

Below is my updated Raiders 7-round mock draft.

The Raiders desperately need a WR1, and they get just that with CeeDee Lamb. Lamb is not only my highest-rated receiver but also potentially my highest-rated prospect. He’s an alpha receiver who best profiles as an X, but his YAC skills and route running abilities give him the ability to play any receiver position. He possesses elite hands and even does the little things, serving as an elite blocker. His only real negative is that he lacks elite athletic ability, but he’s by no means slow.

The Raiders receiving corps is sorely lacking. Currently as they are, they’re arguably one of the 5-10 weakest receiving corps in the NFL. Hunter Renfrow is a quality slot target, but lacks game-breaking ability, and is really best suited as a chain mover. Adding Lamb gives them a true #1, and would instantly provide a weapon for whomever they roll with at quarterback in 2020 and beyond. I debated picking a quarterback here, but I’m under the impression that the Raiders will avoid quarterback, for this year at least.

A true “Gruden’s Grinder,” Kenneth Murray may be a bit of a reach here, but I fully expect the Raiders to take one of Murray or LSU’s Patrick Queen with the 19th pick. Murray has elite sideline-to-sideline playmaking skills. He’s a thumper and a very quality pass rusher from the linebacker position. However, a lack of good hip mobility and flexibility makes him limited in man coverage, and therefore limits his overall ceiling. However, I believe Murray’s floor is arguably the highest in the class.

The Raiders went out and signed Cory Littleton in free agency this past offseason. Littleton is one of the league’s premiere coverage linebackers. His skill-set is perfect to pair with Murray, as their strengths play off each other’s weaknesses. A linebacker duo of Murray and Littleton could be one of the best in the NFL.

One of the highest risers throughout the draft process, Jeremy Chinn went from being an under-the-radar small-school safety prospect to being one of the most exciting athletes in the draft. He was a strong performer in Mobile at the Senior Bowl, and then truly lit up the NFL Combine. He measured in at 6’3″, 221, and was able to register a 4.45, while jumping out of the gym with his vertical leap. At the end of the day, even though safety isn’t Las Vegas’ biggest need, Chinn was comfortably the best player on the board.

James Lynch is one of my favorite players in the draft, and he keeps up with the ideology of high-motor, high-character players. Lynch has strong hand usage, and is always running after the football. There’s a reason he was one of the nation’s top pass rushers. However, a lack of length and subpar athletic ability will limit his ceiling.

The Raiders have bodies on the defensive interior, but Lynch would provide some valuable youth, and could join Maurice Hurst and Maliek Collins as a strong trio of interior rushers. Lynch is perfect for Jon Gruden, and would immediately fit the coach’s vision for his roster.

Ben Bartch went from D-III NFL long shot to Day 2 selection in a matter of months. Bartch was dominant in his time at St. John University, and produced excellent film. However, teams could not evaluate him properly given his level of competition, so his acceptance of his Senior Bowl invite was massive. Bartch showed up in Mobile and competed. He wasn’t outmatched or out-muscled. He then followed up his performance at the Senior Bowl with a very good Combine.

Bartch provides value as a tackle and a guard. He could fill in if Kolton Miller or Trent Brown went down with an injury. He also provides a high-upside piece at either guard spot in the future. Bartch has strong athleticism, good power at the point of attack, and his feet are quick and nimble.

One position I couldn’t find good value for earlier in the mock was cornerback. By the time the third round came around, I didn’t feel that any of the available cornerbacks were worth the selection. However, I do view it as a major need for the Raiders’ defense. They spent a high pick on Clemson cornerback Trayvon Mullen last year, but that’s not enough to feel comfortable. Amik Robertson could come in and provide some relief for Mullen. Projecting best as a nickel cornerback, Robertson is a smaller, scrappy, player who lives under the skin of opposing receivers. He possesses strong ball skills and has a motor that runs high. The entire defense will feed off his energy.

Possessing a high ceiling given his frame, Charlie Heck would do well to sit and learn behind Trent Brown, someone who shares similar strengths. Heck, similar to Bartch, would provide some much-needed depth for the offensive line. He could operate as a high-end swing tackle, who could develop into a quality starter with time. The Raiders continue to build their roster’s foundation through the trenches.