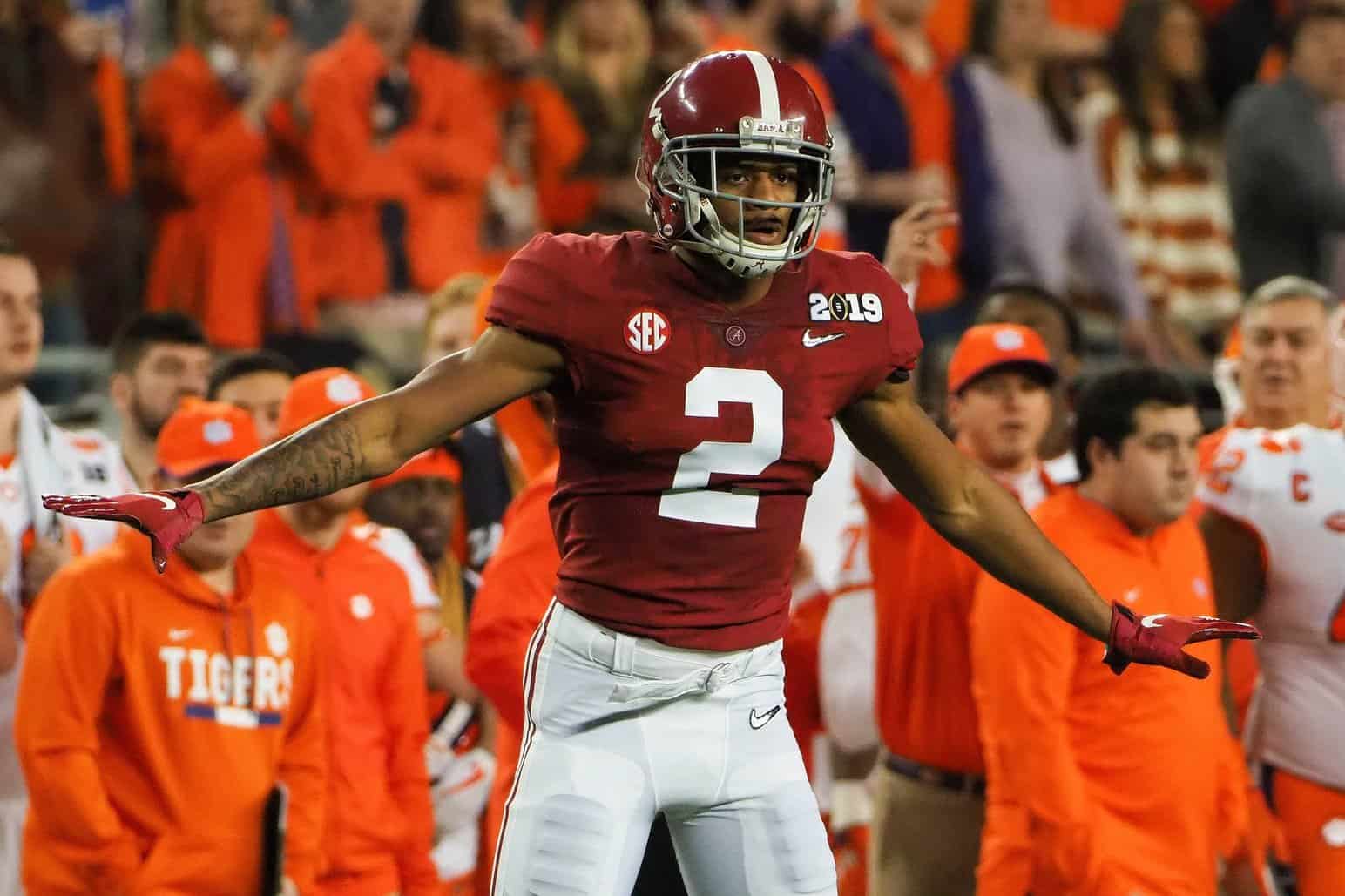 Time is running short for Vic Fangio. He appears to have a better roster coming into 2021. Still, the Denver Broncos need a good performance in the 2021 NFL Draft if they want to compete in an ever-building AFC West. What did the Broncos do with their picks in the 2021 NFL Draft, and what grades do they receive for their selections?

Who did the Broncos draft on Day 1?

Although there were a number of ways they could’ve gone with the pick, the Broncos take Surtain with their first-round pick at No. 9 overall.

The Broncos fell into a potential dream scenario when Justin Fields dropped to them at ninth overall. However, rather than adding a potential top-tier quarterback prospect, the Broncos chose to instead further bolster their defense. They selected Alabama cornerback Patrick Surtain II, who went one spot behind South Carolina cornerback Jaycee Horn.

Surtain is a very good player. With his athleticism and instincts, he projects well in Vic Fangio’s scheme. However, given that Denver still has Drew Lock and Teddy Bridgewater at quarterback, they may regret passing on Fields. It seems as though they’re gearing up for a competition at quarterback. But ultimately, they may find that neither QB is good enough to lead them to sustained success.

The grade is bumped down a bit here, due in large part to the positional value sacrificed. Denver didn’t necessarily need to go cornerback here with Kyle Fuller and Ronald Darby. But they may still need a new QB by the time this is over.

The Broncos gave up the 40th and 114th picks to trade up to 35th overall, where they selected North Carolina running back Javonte Williams. Williams is no doubt a very strong running back, with the density, explosiveness, and versatility to be a workhorse. However, it remains somewhat ambiguous how he’ll compliment Melvin Gordon. Trading up for a running back isn’t always optimal value, but Williams will see a ton of daylight behind Denver’s line.

He’s a D-III prospect, and he comes inside the Top 100 picks. Quinn Meinerz dominated on the interior at the Senior Bowl, and he tested incredibly well at his pro day.

For the Broncos, he provides added depth and starting ability. Even though the Broncos have Lloyd Cushenberry, Graham Glasgow, and Dalton Risner, Meinerz can break through and drive open lanes for Williams. Given the LBs on the board, this isn’t a perfect selection, but he’s a good player.

The Broncos closed out the third round with one of the best value deals of the 2021 NFL Draft. With his elite athletic profile and size, Baron Browning looked more like a fringe Round 1 prospect than fringe Day 2. Browning has off-ball versatility, but he also has the burst and length to be an extra threat off the edge. The Broncos committed robbery here.

Caden Sterns is one of the most athletic defensive backs in the NFL Draft, so naturally, he’s a good value pick here. He won’t file into a free safety role, since Justin Simmons has been extended.

But with Kareem Jackson set to enter free agency next offseason, Sterns has the short-range explosiveness and physicality to be a high-upside player in a two-high role alongside Simmons. This gives the Broncos tons of versatility at safety, which is always a good thing to have.

I love the player and the value. Jamar Johnson has very good size, and he has enough short-range explosiveness to traverse smaller areas and make plays on the ball. He also has some modest versatility with his instinctive play style.

That said, the Broncos did already draft Sterns at safety. As of now, it seems like the two will be fighting for exposure on the field, and the position might be a bit over-saturated. Perhaps Denver could have better meshed capital with opportunity. Still, Johnson is a great value addition at this juncture.

Once viewed as a potential Day 2 prospect, Seth Williams fell to the Denver Broncos at the tail end of the sixth round. Williams has a lot of appealing traits on the boundary, among them size and athleticism. However, he doesn’t play to his maximum potential consistently enough. For a boundary archetype, he’s not consistent enough in contested situations. Nevertheless, he provides good upside for a very low price.

This is a great pick toward the end of the Broncos’ draft. Kary Vincent is an excellent athlete with the top-end speed to fly around the field and impact the play. He’s fairly versatile, but especially in the slot. He’s good long-term security behind Bryce Callahan.

One thing the Broncos haven’t addressed to this point is their EDGE depth. That was one of their bigger needs coming into the draft, and they managed to snipe a very good value deal here in Round 7. Jonathon Cooper was one of the standouts at the Senior Bowl. He’s not a top-tier athletic talent, but he wins with fast, precise hands, and he can be a steady rotational player for a long time.

This late in the draft, adding raw physical traits on the defensive line is a good move. Marquiss Spencer gives Denver some utility with his 6-foot-4, 300-pound frame, and his 33-inch arms. He also has some developmental potential as an athlete. With nothing to lose late in Round 7, this is a solid decision.

The Broncos scored insane value with Baron Browning at the end of Round 3, and the rest of their early picks were also solid. Additionally, the Broncos managed to add lots of talent in the later rounds with players like Caden Sterns, Jamar Johnson, Jonathon Cooper, and Seth Williams. Ultimately, the Broncos’ need at QB looms large, and it remains unsettled. That’s what keeps them from getting an A.

Team needs for Denver coming into the NFL Draft

The Broncos, like nearly every other team, enters the 2021 NFL Draft hungry for talent.

Teddy Bridgewater doesn’t change much for the Broncos. Drew Lock doesn’t appear to be the future at the quarterback position. And when you don’t have your franchise quarterback, you need to do everything in your power to get him.

Alexander Johnson is the only reliable starter in the Broncos’ linebacker room, and even he has his flaws. The Broncos have a solid front and a well-constructed secondary. With a versatile, high-upside linebacker, they can take their defense over the top.

The futures of Von Miller and Bradley Chubb are far from guaranteed beyond this season. Even with them on the roster, Denver could use more rotational ability on the edge, where injuries hurt them a great deal in 2020.

In the modern NFL, you need a strong running back rotation to complete your offense. Teams that funnel their offense through one workhorse — more often than not — suffer in terms of efficiency. At the very least, the Broncos need a running mate for Melvin Gordon.

Justin Simmons is locked up for the long haul. However, his partner Kareem Jackson is set to be a free agent in 2021. With one of their 2021 draft picks, the Broncos should at least add some upside and versatility to the safety room. A strong safety to complement Simmons would be a smart investment.