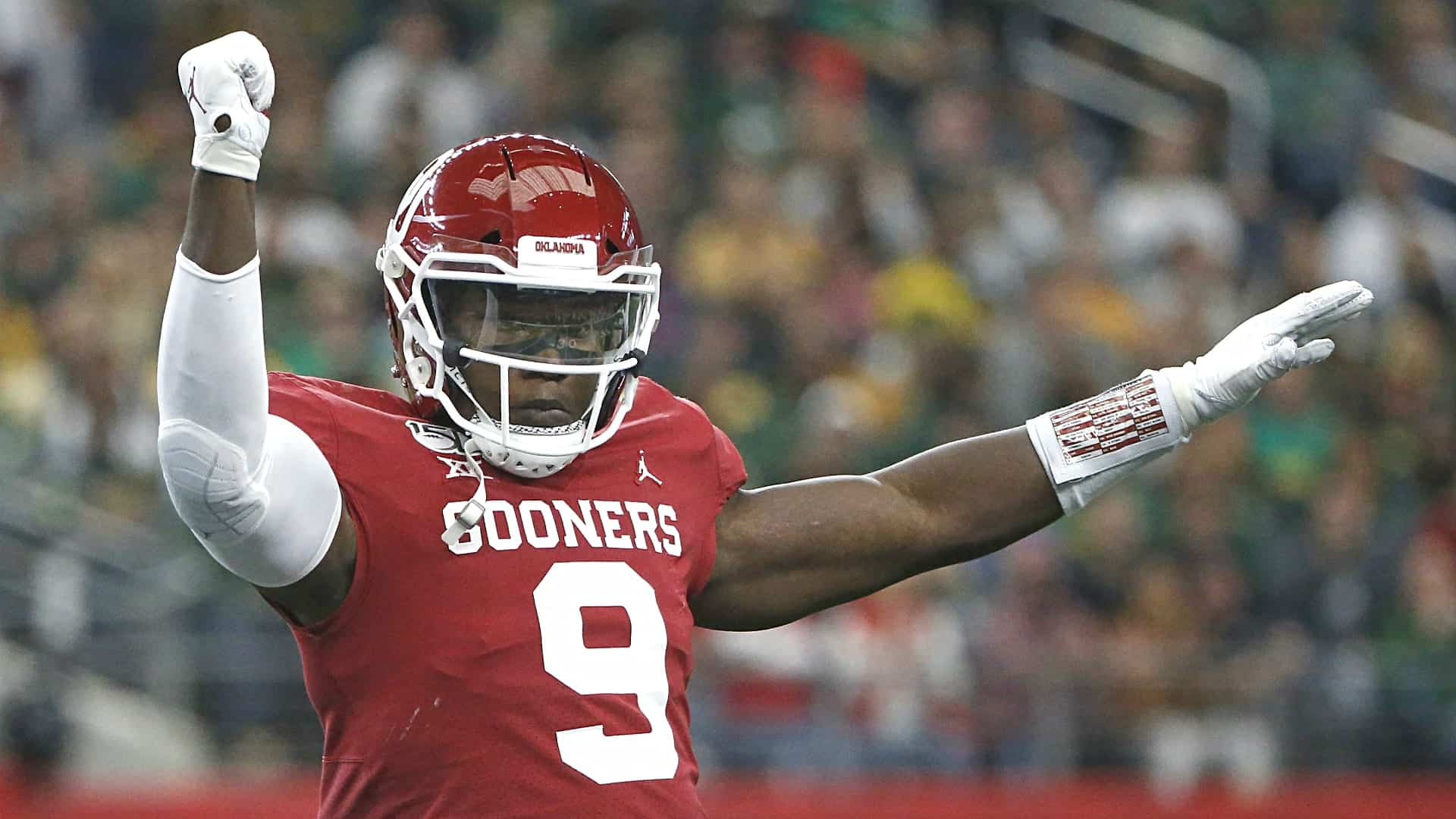 Welcome to the fourth edition of Brad Kelly’s mailbag, a regularly updated column currently focusing on the 2020 NFL Draft. If you have a question you want to send for next week’s mailbag, send a tweet to @BradKelly17 or @PFN365 on Twitter and we’ll try to include it in an upcoming mailbag column. Now in the thick of NFL Draft season, a lot of this week’s questions focused on the prospects who will be selected later this month and potential fits for NFL teams.

Oklahoma linebacker Kenneth Murray is my pick for the most overrated first-rounder. I understand the appeal of Murray, as a physically imposing linebacker with speed and sideline to sideline range. With that said, I see a lot of issues with his game and don’t think he compares to recent first-round linebackers.

Murray will suffer from false steps at the start of the play and he struggles when it comes to taking on blocks straight ahead. He’ll overrun interior runs and fails to properly stack up running backs in-between the tackles. While he has the athleticism, he’s relatively unproven in coverage and will need development when it comes to matching NFL-level tight ends up the seam. I have more concerns about his skill-set than reasons for optimism, but he could produce in the right defensive system that limits his overall responsibilities.

Which WR do you think is the best fit for the #49ers?

How is your day going?

How long do you think it will be before you're hired by a team to be an official NFL scout or for a position related player personnel? pic.twitter.com/PzoKUzpFTM

I think it could be an option too good to pass up if one of the consensus top-three wide receivers are available for the San Francisco 49ers at pick 13. If they decide to go in that direction, Jerry Jeudy is their best fit. I’ve covered this before, but his nuanced route-running and double moves would fit well in Kyle Shanahan’s heavy play-action offense. Jeudy should be their ideal target at the position.

As far as how I am doing, I won’t complain during this social distancing period as long as my friends, family, and myself remain healthy.

Which prospect could fall on draft day?

Who do you think will have the biggest fall from their projection?

NFL Network’s Daniel Jeremiah recently released his most current mock draft, and he’s an analyst who is pretty plugged into league sources. The prospect that could fall past his projections would be Penn State defensive lineman Yetur Gross-Matos. Jeremiah projected Gross-Matos to be selected 18th overall by the Miami Dolphins, but his lack of true edge-rushing traits could mean his translation to the pros would be as an inside presence.

Gross-Matos weighs just 266 pounds and his upper body strength is cause for concern. His fit at the next level feels like a scheme-specific one which limits the number of teams that could target him in the first round.

I’ve seen a few mocks where the Dolphins select a WR at 18, if this was the case then who would be the best option ?

It would surprise me if the Dolphins target a WR with their second pick in the first-round considering the rest of the holes on that roster. With that said, Justin Jefferson would be the best fit assuming that CeeDee Lamb, Jeudy and Henry Ruggs III are off the board. Miami will move forward with DeVante Parker and Preston Williams as their outside receivers but could be looking to upgrade their slot position.

Albert Wilson will be 28 years old by the start of the season, has suffered injuries in consecutive seasons, and has just 12 career receiving touchdowns. Jefferson would be an immediate impact receiver in the slot, where he caught 83% of his targets for LSU last season.

New Orleans will be poised to contend for the Super Bowl once again next season, as their free agency haul has improved their roster talent and depth. New Orleans doesn’t have a second-round pick, leaving pick 24 as likely their last remaining opportunity to improve their roster for next season. There are three prospects who all went to college in the great state of Louisiana that could be available and help the Saints get back over the hump.

Jefferson played in a passing offense similar to Sean Payton’s last season, thriving on option routes that are heavy in the Saints system. Patrick Queen is the best linebacker prospect in the draft class (note: I classify Isaiah Simmons as a safety). Cornerback Kristian Fulton is a versatile cover cornerback who could challenge Janoris Jenkins for the starting role and complete the Saints outside cornerback depth next season.

How do we feel about Collin Johnson, Texas?

Collin Johnson is an intriguing evaluation, as the 6’6″ and 220-pounder has a massive catch radius. Both due to his size and body control, Johnson can make receptions away from his frame that seem borderline impossible. He’s fluid for his size on vertical routes and does a good job of attacking press coverage. However, due to his length, he still needs work with his route breaks and separating in the intermediate.

Johnson could be the rare mid-round draft pick with the potential of a number one wide receiver, but the more likely scenario is that he’s a starting “X” receiver who complements a passing offense that runs through the slot.

What wide receiver in the middle rounds would be a good investment for the Steelers?

Perfect timing for this question, as Johnson out of Texas is a receiver that makes sense for the Steelers. With JuJu Smith-Schuster and Diontae Johnson projecting as the top targets, both players can make plays from the slot. On top of that, Johnson would provide an aspect that the Steelers don’t currently have with his size and catch radius. Johnson could very well be drafted in the range of pick 102, where the Steelers currently sit with an end of the third-round compensatory selection.