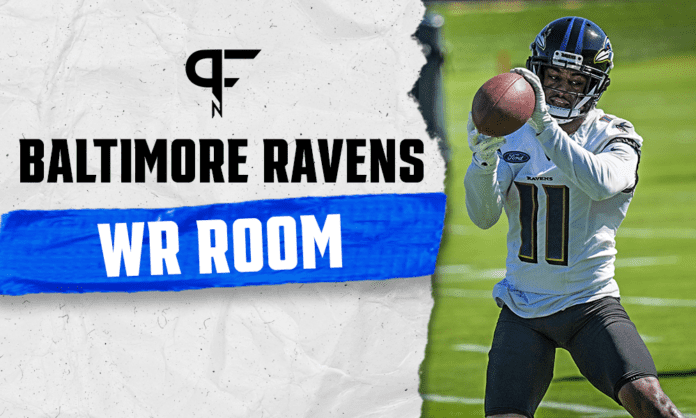 Baltimore Ravens Camp: A surprising star at receiver, a new-look pass rush, and an offensive line in flux

OWINGS MILLS, Maryland — Let’s dive into insights and information from Baltimore Ravens camp, including the development of the wide receivers and relative health of the offensive line.

Credit the Baltimore Ravens — they are honest about their personnel shortcomings and attack those deficiencies with overwhelming resources.

Quarterback Lamar Jackson didn’t have enough weapons in 2020. That should not be an issue in 2021, as the Ravens drafted wide receiver Rashod Bateman in the first round and signed veteran Sammy Watkins to a one-year deal.

How is the WR group stacking up thus far?

Club rules prohibit us from reporting depth chart observations. However, expect both Watkins and Bateman to play significant roles in 2021. The team is particularly encouraged by Bateman’s maturity.

But the best wide receiver in camp, we hear, has been James Proche II. If that’s an unfamiliar name, there’s a reason. He was a sixth-round pick in 2020 and caught just 1 pass for 14 yards as a rookie. He also averaged 8.6 yards on 23 punt returns.

Proche will never be the fastest player on the team — he’s a 4.5 40 guy — but he gets open and catches everything. That’s just the type of move-the-sticks, dependable target Jackson needs.

Marquise Brown, who didn’t practice Monday with a minor hamstring injury, will be the Ravens’ home-run threat. And Mark Andrews is always an inviting target from the tight end position.

Plus, the club has hopes that J.K. Dobbins is set to explode in Year 2. The former Ohio State running back is ready for an increased role after averaging an absurd 6.0 yards per carry last year.

The team is encouraged by how edge defender Odafe Oweh has looked. He was the team’s second of two first-round picks. While still a bit raw, he has tremendous upside.

He might be the missing piece of a pass rush that has great potential. Calais Campbell still has plenty left in the tank at 34, and Justin Houston is a great third option after signing with the team a few weeks back.

The bigger question for the Ravens is — do they have the speed to cover the Kansas City Chiefs, who probably present the biggest matchup problems for this defense?

The Ravens have more than capable corners in Marlon Humphrey, Marcus Peters, and Jimmy Smith. But do they have a true centerfield safety?

Third-round pick Brandon Stephens will have the chance to win that job. The former UCLA/SMU cornerback has the ball skills to play the position. He just doesn’t yet have the seasoning.

First, the good news: LT Ronnie Stanley is off the PUP and practiced Monday for the first time since mangling his ankle last November. The team is optimistic he will be ready for Week 1.

Stanley’s new fellow bookend is Alejandro Villanueva. The longtime Steeler signed with his old team’s fiercest rival in the offseason and is on track to be the starting right tackle. But Villanueva looked every bit of 32 years old Monday, favoring his left hip at times.

Meanwhile, the interior line has some concerns too. Right guard Kevin Zeitler has a foot sprain and hasn’t practiced in a week.

And while John Harbaugh suggested Zeitler should be back on the field in time for the start of the regular season, don’t be surprised if he misses the entire preseason.

Center Bradley Bozeman, meanwhile, is dealing with a minor strain but should be back in action soon.