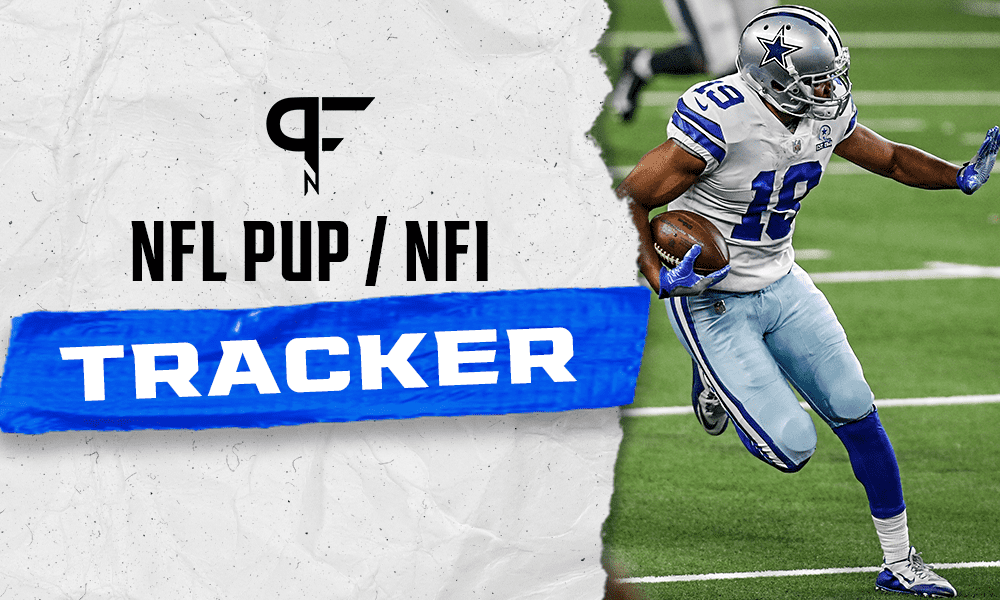 Continue to check back here daily as we track which players are currently on the NFL PUP/NFI lists.

What is the PUP list? How does it work?

There are different stages of the PUP list. Players can be given the designation at the start of training camp. If they start the preseason on the PUP list, that means that they cannot practice until cleared by the team’s medical personnel. This does not mean that they cannot take part in team activities and meetings, though.

However, if a player practices during training camp and is injured, they cannot be designated PUP. Instead, they will need to be cut or placed on the injured reserve. When the regular season starts, players can be placed on the regular-season PUP list. This means that they cannot play for the first six games of the season. After the sixth week, the player must be allowed to return to practice, placed on injured reserved, or released within five weeks.

What is the NFI list? How does it work?

The non-football injury list works similarly to the PUP list. To be placed on the NFI list, players need to have suffered an injury not related to NFL football or have something that keeps them from practicing at the start of training camp. The rules on when a player on the NFI can return to work are the same as for those on the PUP list.

One caveat to the NFI and PUP lists is that once a player has been cleared, they cannot go back on the list. Said player will have to be cut or placed on the injured reserve list.

Who is on the PUP list at the start of the 2021 NFL training camp?

Which players will miss the start of training camp while on the PUP list?

Who is on the NFI list at the start of the 2021 NFL training camp?

Which players will miss the start of training camp while on the NFI list?