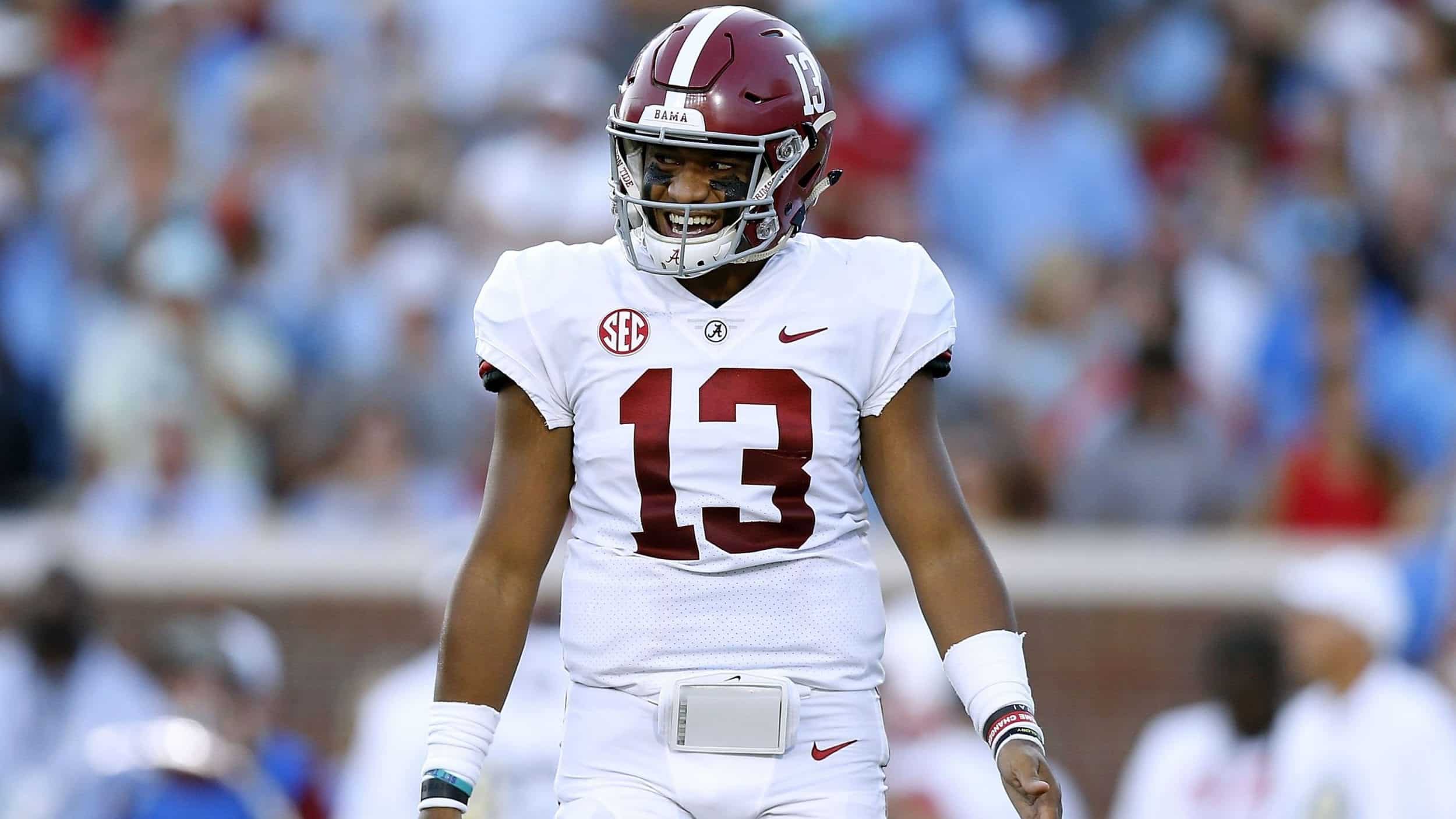 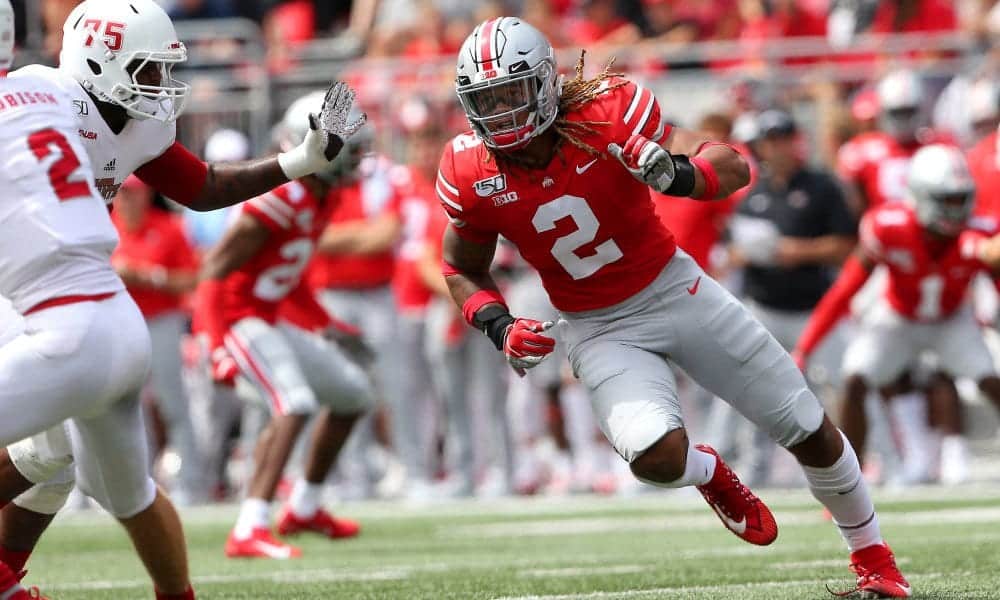 The Bengals win the “Tank for Tua” sweepstakes in this scenario and landed the outstanding quarterback from Alabama. Finding a quarterback is priority number one for Cincinnati, and Tagovailoa is the perfect player to build around.

The Redskins are poised to lose Brandon Scherff in free agency and Trent Williams seems to be headed for a divorce with Washington. Needless to say, the Redskins must address bolstering their offensive line. Andrew Thomas has the potential to develop into an upper-echelon left tackle.

What? The Dolphins aren’t taking a quarterback? Well, their guy has been Tua Tagovailoa from the jump and with him off the board, Miami is going to gamble to see if their “Plan B” is available at their next pick.

Chase Young is a game-changer on the defensive side of the ball. He possesses elite pass-rushing skills, which could accelerate his growth as one of the league’s best defenders. If you want to learn more about what makes Young so great, please read my colleague Matt Valdovinos’ article 2020 NFL Draft Prospect Preview: Chase Young, Edge, Ohio St.

The Jets master plan to rebuild has backfired in a big way. They are a team with major needs at cornerback, defensive end and left tackle; however, they opt to draft the most explosive wide receiver prospect we have seen in quite some time. Drafting a player of Jeudy’s caliber will help Sam Darnold in a big way.

When a team’s biggest need mirrors the best player available, it is a no-brainer. Jeffrey Okudah is the clear-cut top cornerback in this draft and instantly gives Denver a legitimate shut-down corner.

The Falcons defense has a myriad of holes, so they start by building in the trenches. Pairing Derrick Brown with Grady Jarrett in the middle will greatly improve the Atlanta defense.

Miami gets its quarterback. While Justin Herbert wasn’t “Plan A,” he has elite traits and a huge arm, which will energize the Miami fan base.

The Cardinals would be wise to invest in protection for Kyler Murray. Enter Tristian Wirfs, who plays with power and has the makeup to be a perennial Pro Bowl caliber offensive tackle.

Philip Rivers has had one hell of a career, but every movie has an ending. The Chargers need to start thinking about their future and drafting a player like Fromm sets them up nicely. Replacing Rivers is no easy task, but Fromm has off the chart intangibles and is a heady football player.

There is fast and then there is Henry Ruggs. Ruggs is an explosive game-changer with the ability to tear the roof off of opposing defenses. Adding a thrilling prospect like Ruggs will catapult the Giants offense and the development of Daniel Jones.

Cameron Wake has been a good offseason addition to the Titans defense, yet father time isn’t on his side. The Titans need to start developing a young pass rusher to take their defense to the next level. While Epenesa has had a pedestrian start to the 2019 season, he has insane tools, as pointed out by Valdovinos in his 2020 NFL Draft Prospect Preview: A.J. Epenesa, Edge, Iowa.

DJ Chark has been a pleasant surprise for the Jacksonville passing attack, yet there is work to be done. Adding a player like Lamb to complement Chark and Dede Westbrook will take the Jaguars passing attack to the next gear.

The Browns offensive line is the Achilles heel of the team. Greg Robinson is average at best, while Chris Hubbard is even worse on the other side of the line. Outside of Joel Bitonio, upgrading the offensive line across the board is paramount for the Browns to become a credible contender.

While it is not a popular notion to draft running backs in the first round, D’Andre Swift is a jack of all trades type of player that warrants it. Pro Football Network’s Tony Pauline gave Swift a first-round grade prior to the season. He elaborates in his piece Georgia Bulldogs: Tony Pauline gives first-round grades to Swift and Thomas. Swift’s play hasn’t done anything to change that.

Many thought Grant Delpit would be a surefire top ten selection in the 2020 NFL draft; however, Delpit has battled injuries in 2019 and has not played at the elite level. With that said, he is an insanely talented player that fills a major void in the Dallas defense.

The Raiders need help at linebacker in the worst way and the best player at that position just so happens to fall into their lap. Simmons, the versatile linebacker, adds value in multiple roles (linebacker and safety) and has unbelievable God-given athleticism.