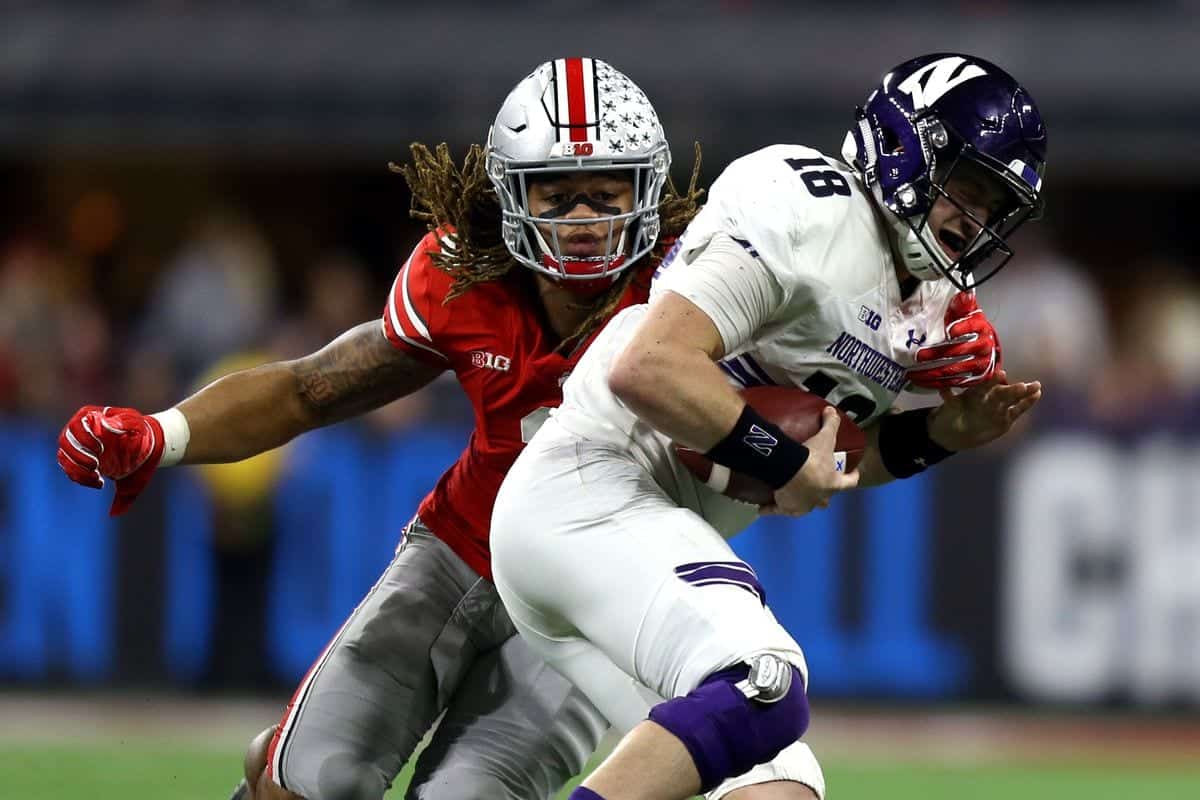 Chase Young joined Ohio State as a consensus top 10 recruit and last season established himself as a top 2020 NFL Draft prospect. Despite dealing with ankle injuries throughout the season and losing his running mate Nick Bosa early in the year, Young still found a way to be productive.

Some view Young as the best prospect in next season’s draft. A blend of physical gifts and production at a premium position, the NFL will fall in love with Young. While he isn’t currently at the very top of the big board, Young’s 2019 performance could result in a rise to the apex of the 2020 class.

Young has great physical tools and already rushes the passer like an NFL veteran. If he stays healthy this season, he could push to lead the Big Ten in sacks. The guy he will be competing against throughout the season for top billing is Iowa’s A.J. Epenesa. In addition, he’ll compete with Epenesa as the draft’s premier pass rusher.

Young is a legit 4.5 40-yard dash candidate. He’s a natural speed rusher and it shows in his ability to get around opposing tackles despite his lack of a great get off. He has long legs and eats up ground with his strides. Opposing tackles rarely get a window to catch Young. If they’re a moment too late, it’s their quarterback who pays the price.

He uses his athletic ability to rush the passer by converting speed to power. He gets his hands on the linemen and drives them into the pocket with an incredible bull-rush, despite Young not being the strongest player on the field.

Young shows an ability to recognize plays as they develop. He’s instinctual and makes plays happen whether or not it’s what he’s expected to do. Whether it’s breaking off to run with a running back on a late route or recognizing an option, Young is always in a position to make a play.

Chase Young engages with the offensive lineman then has the awareness to recognize the runningback on a late release wheel route and the intelligence to break off with him. Neutralizing a potential big play. pic.twitter.com/uDcSyfGRXi

He also shows the ability to drop into coverage. This will only help him at the next level, especially if a team were to draft him to play outside linebacker. Young’s versatility could be put on display more this season if teams decide to start dedicating more blockers to stop him as a pass rusher.

Young has great length in his 6’5 frame. He keeps blockers off him and when he gets his arms extended, he sets a dominant edge. He may not be an elite run defender, but he has the ability to become one.

Young has a tendency to overrun the passer and run himself out of plays. He needs to learn how far is too far. If he can learn to control his rush and apply pressure instead of just going for sacks, he’ll be a much more complete football player.

Young has elite physical gifts but has yet to master the ability to explode off the line. He gets caught guessing and is commonly penalized for it. He tends to be one of the last off the snap. If he can find a way to improve this weakness, it will be a deadly addition to his arsenal of tools.

Young has the ability to become this draft class’ premier prospect. Size, strength, and production – Young has it all. His battle with Epenesa will be a major headline throughout the season and scouts everywhere are incredibly interested to see how it plays out.