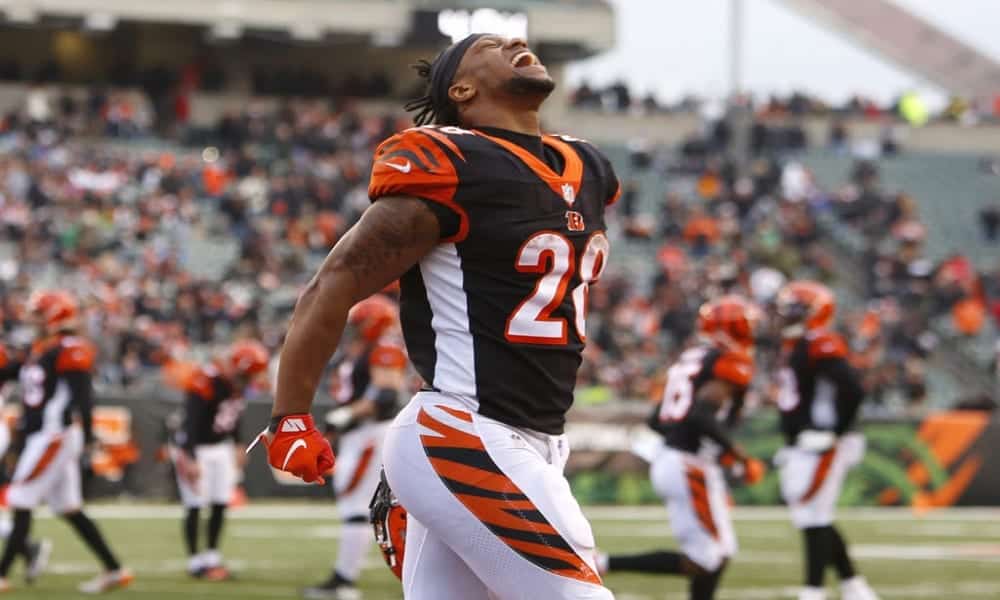 Are you ready for another fantasy football mock draft? I know I always am. Welcome fantasy friends and foes to the next installment of my mock draft series. In my upcoming mock draft, I tackle the 2020 Dynasty Superflex Mock Draft from the 12th pick position.

The first edition of my Dynasty SuperfFex Mock Draft series exhibited what type of team you can expect and hope for when you are lucky enough to draft from the 1.01. My next challenge will be the exact opposite, which will be selecting from the 1.12 in a 12-team dynasty SuperFlex league.

Drafting from the 12th spot creates a whole slew of new challenges. Let’s dive in and see what my team looked like after 17 rounds of my 2020 Dynasty Superflex Mock Draft while using the Fantasy Pros Mock Draft tool.

As a reminder, this is a 12-team serpentine (snake) draft, and we start QB-1, RB-2, WR-3, TE-1, FLEX-1, and one SuperFlex. There are NO kickers or defenses in this mock draft as it should be in all leagues, but I digress.

Godwin is worth a first-round selection

The first pick in your dynasty SuperFlex mock draft should be the cornerstone of your franchise, and if you are challenged with the 12th pick in a dynasty league, the two picks promote some anxiety. Every player you targeted has just been selected, but a serious dynasty manager plans for the unexpected.

I was pleading for either of the stud quarterbacks Patrick Mahomes or Lamar Jackson to fall to me, but that wasn’t very realistic in all honesty. There were two prime wide receivers that I was targeting: Davante Adams and Chris Godwin. With Adams selected right before my pick, I chose Godwin with my first selection of the draft.

Godwin broke out in 2019 as expected with 86 catches on 121 targets for 1,333 yards and nine touchdowns and finished as the WR2 overall in fantasy football. His 121 targets ranked 17th among wide receivers.

A hamstring injury cost him the final two games of the season, or he likely would have led the league in touchdowns and challenged New Orleans Saints wideout, Michael Thomas, for the league lead in reception yards. Of course, Godwin accomplished this fantastic season with Jameis Winston as his quarterback. Winston led the league in passing yards with 5,109 yards but also in interceptions with 30.

Winston was forced to throw a ton due to a Bucs defense that gave up the fourth-most points in the league last season. A repeat of that incredibly weak defense looks inevitable again this season. However, there will be a new quarterback under center in Tampa Bay, none other than former New England Patriot Tom Brady.

Tom Brady signed with the Buccaneers this offseason and will have the luxury of playing with one of the best wide receiver duos in the league in Chris Godwin and Mike Evans. Godwin should flourish with Brady behind center and even surpass his breakout season in 2019.

The difference will be what Godwin can do after the catch that has me thrilled that Brady will hookup with Godwin. Last season, Edelman averaged 7.3 yards per target. Conversely, Godwin averaged a staggering 11.0 yards per target. Additionally, Godwin was the sixth-best player in the league in yards after the catch in 2019, according to foxsports.com.

Heading into the 2020 season, based upon Godwin filling the Edelman role as a slot receiver and targets, Godwin should produce staggering numbers. A 1,200-yard season and 12 touchdowns should not be ruled out. Godwin has a much higher ceiling than Edelman and will be one of the most talented receivers that Brady has ever played with.

This selection could be an early turning point for my dynasty roster. I rarely double up on a position on the turn. I fear that it handcuffs you in future rounds by not allowing position flexibility.

I looked at my draft board and saw Dak Prescott and Kyler Murray as the top quarterbacks available. The running back draft board is plenty full of legit options here. Being a Cleveland native, I considered Nick Chubb, but I analyzed Chubb’s stats after Hunt was inserted in the Cleveland Browns’ offense, and the production decline was too much for me to take here. I believe Chubb will have an outstanding season, but my Cleveland fandom won’t win out here. Everyone’s fantasy darling, Kansas City Chiefs’ rookie running back Clyde Edwards-Helaire, was a strong consideration. However, I don’t want to destroy my dynasty team as PFN Dynasty writer Andrew Hall professed in his excellent article.

Instead, I selected one of the most underrated backs in the league in Cincinnati Bengals running back Joe Mixon. Mixon has surpassed 1,110 yards rushing in consecutive seasons, despite playing on awful Bengals teams the last two seasons. However, this season there is optimism in Queen City. A new gunslinger quarterback in Joe Burrow, the return of A.J. Green, and an improved offensive line should allow Mixon to reach elite status among running backs.

Mixon is very underappreciated as he plays for a Bengals franchise that has gone 8-24 the past two seasons. Most people don’t realize that Mixon led the AFC in rushing in 2018 with 1,168 yards. He followed that season with 1,137 yards last season and was one of the top running backs over the last four games of the 2019 season.

Second-year head coach Zac Taylor’s commitment to Mixon at the tail-end of last season bodes well for his fantasy outlook in 2020. Taylor may have finally realized that Mixon is the most talented player on the Bengals roster and started to utilize him as a true bell-cow back.

The Bengals offense will be vastly improved this season with Burrow behind center and offensive lineman Jonah Williams returning from missing his rookie season. Mixon has already shown what he can do with an anemic offense around him. Green’s return in 2020 poses as a significant threat in the passing game, to go along with impressive rookie wide receiver Tee Higgins, and the underappreciated Tyler Boyd. These weapons will force defenses not to stack the box against Mixon, leading to more fantasy opportunities.

Mixon is ranked as RB7 in the 2020 Dynasty Superflex Rankings, but I believe he climbs up to the top-five as he enters the final year of his rookie contract. He is an excellent choice as my RB1 on my dynasty team as the Bengals continue to improve every season.

jk dobbins has the best path to eventually become the no. 1 running back in fantasy. pic.twitter.com/bE99Q4LYbY

J.K. Dobbins will thrive in the Ravens offense

I can hear it now. “Wow, what a reach?” “Homer Pick!” It MIGHT be a reach here, but with the number of players that will be drafted before I pick again, I had to secure Baltimore Ravens running back J.K. Dobbins. Dobbins should flourish in the Ravens lethal running attack.

The Ravens just set an NFL all-time single-season team rushing record with 3,296 yards behind an offensive line that was recognized as the league’s third-best run-blocking unit last season.

Dobbins is joining a Ravens team that had the most rushing attempts in the league last season, but it is uncertain how much Dobbins will see the field in his rookie season. However, Mark Ingram should be a cap casualty in 2021, allowing Dobbins to take over the dream offense for a running back and be an RB1 for the significant future.

Dobbins was the fifth running back selected in the 2020 NFL Draft and will rival the Chiefs’ Clyde Edwards-Helaire, and the Indianapolis Colts, Jonathan Taylor, for the best landing spot for dynasty purposes.

The former Buckeye had a monster 2019 season with 2,003 rushing yards, averaging a whopping 6.7 yards per attempt along with 21 rushing touchdowns.

His versatility should allow him to be a three-down back for Baltimore. However, Dobbins will likely start the season sharing the workload with Ingram, Gus Edwards, and of course, quarterback Lamar Jackson. More than likely, his workload will increase as the season progresses. Ingram is 31 years old and has an injury history. He’ll likely see his role diminish in his final season in Baltimore.

My selection might not provide equal draft capital in 2020, but the prospect of Dobbins in this offense has me drooling as a dynasty owner. Dobbins has the potential to be a top-three fantasy running back for the next five years.

Ridley is primed for a breakout year

After selecting Dobbins to complete my backfield, I took a long look at the wide receiver board. In a three-receiver league, I wanted to secure at least two elite receivers and shoot for either a reliable third or select one with tremendous upside.

I had my choice of a few elite wide receivers in Kenny Golladay, Courtland Sutton, and the emerging D.K. Metcalf. However, my eyes were fixated on selecting the receiver who should have a breakout 2020 season and is soaring up everyone’s draft board. I drafted Atlanta Falcons wide receiver, Calvin Ridley.

Ridley is a rising star, who has recorded a combined 127 receptions for 1,687 yards and 17 touchdowns in his first two NFL seasons. His 2019 season was cut short three games due to an abdominal injury while registering a career-high 93 targets last season.

He will enter the 2020 season as the second receiver on the team with Austin Hooper (97 targets) and Mohamed Sanu (42 targets) no longer on the team. The combination of an inconsistent running game at best and an abysmal defense led to the Falcons passing a league-leading 67 percent of the time last season, and the defense should repeat being downright awful.

Ridley is a uber-talented wideout in a high-powered offense led by Matt Ryan and helps comprise one of the most dangerous WR duos alongside the incredible Julio Jones. He enters this season with the highest ceiling of his career, and he should easily surpass his career-high in targets and register his first 1,000-yard season.

Ridley (WR15) is ranked one spot behind Julio Jones (WR14) in the current 2020 Dynasty Superflex Rankings, and I am excited to have Ridley as my WR2 as the 25-year-old enjoys his breakout season in 2020. 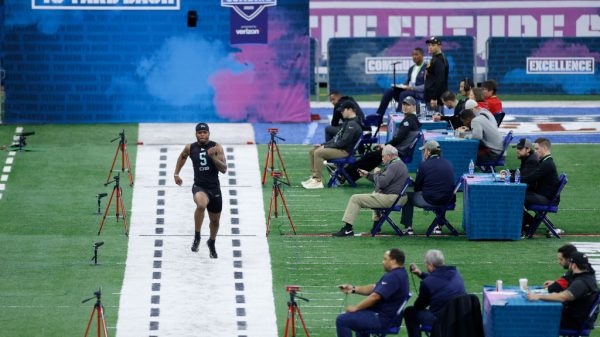