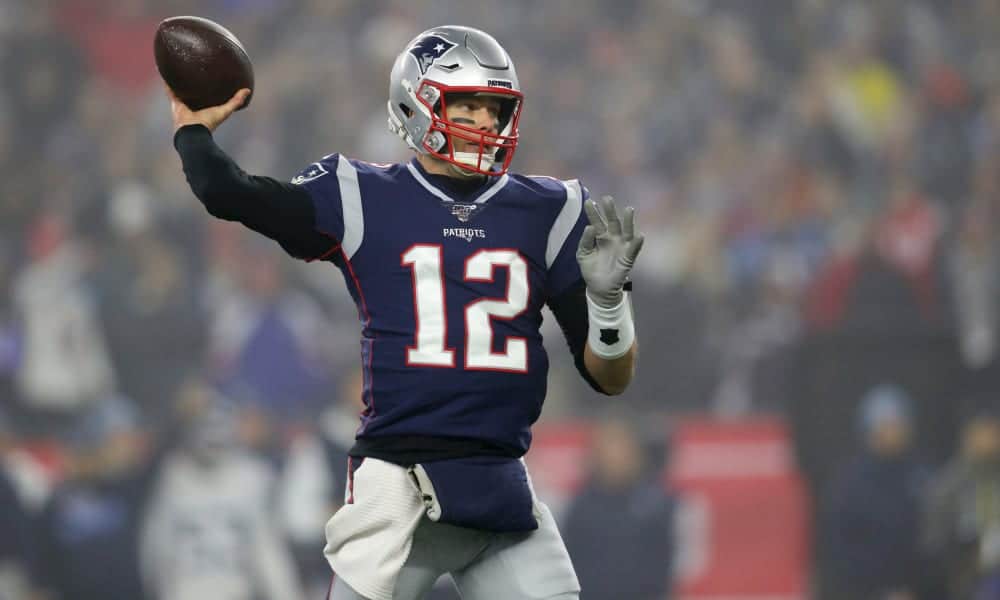 Tom Brady will go down as one of the greatest of all-time, there is no question about that. However, is the new Tampa Bay Buccaneers’ quarterback on the decline as we begin to preview his 2020 season? It has been a much-discussed topic, particularly within the past couple of years, and the numbers do back up the argument that Brady is not the QB he once was. However, are the numbers telling the full story, or is Brady actually still performing better than the numbers suggest?

Tom Brady and the fight against old Father Time

The numbers do not look good for Brady

Here is a look at Brady’s Offensive Share Metric grades over recent years. Pro Football Network’s OSM grades a player based on the elements he is in control of on the field. A player with a 40+ grade is considered elite, 30-39 is very good, 20-29 is good, 10-19 is average, and 9 or below is poor.

Now, here is a look at his stat lines over those years.

Looking at that and absolutely nothing else, it does appear that Brady is in the midst of a downward spiral. He has experienced significant regression in some of these stat areas, with 2019 standing out for the wrong reasons.

Is there more to the story of Brady’s struggles?

There is a bit more to consider here than just the numbers in isolation. The numbers never really do tell-all, and the film is always more reliable when evaluating quarterbacks. The health and other circumstances surrounding other players on the roster can also take a toll on performance.

Brady was solid toward the beginning of the season last year, but then he lost pieces within the offensive line. Having already lost his starting center in David Andrews before the season, he then lost his new starting left tackle, and former first-round pick Isaiah Wynn. Offensive success starts with an established and effective offensive line, so when the blocking suffers, the quarterback does as well.

Bernd Buchmasser of Pats Pulpit looked into Brady’s performances in-depth and made note of some aspects of his game last season.

“Too often he did lock in to his most trusted targets and made a few questionable decisions. It also led to his throwaway number skyrocketing, which in turn hurt his statistics. All in all, Brady appeared to be uncomfortable within the offense from time to time.”

Is Brady’s decline being overstated?

To what extent could the apparent decline of Brady be a mirage? On the tape, he does not show the signs of a quarterback who is simply done for.

He made some baffling decisions during some games later last season, but none of those issues have been consistent problems across multiple games. The number of interceptions he has thrown over the past three years is starkly higher than his 2016 total, but as is the case for many quarterbacks not all of those were his fault, either. His passing ability, footwork, and overall accuracy are still solid, especially compared to several of the league’s other starting quarterbacks.

For all we know, he could go into Tampa, in a new environment, and show the same type of dominance he displayed in his Super Bowl-winning seasons. He has also got one of his favorite targets in tight end Rob Gronkowski right there with him, too.

Whether he’s starting to slide backward or not, Brady is certainly still among the NFL’s best quarterbacks at 42-years-old.

Brady set the bar high for himself and more importantly, high for NFL players over the years and those who will come after him. A comparison to his personal-best and the prolific level we’re so used to seeing him function at is harsher than a comparison to another active NFL player.

We’ll get a look at just where he stands now when he takes the field in another team’s offense for the first time ever in his NFL career this season.