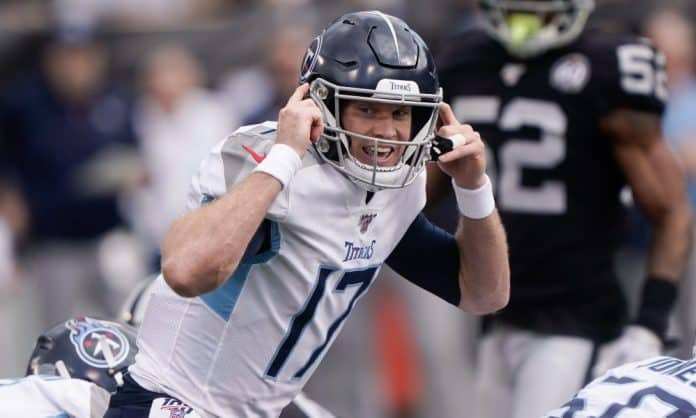 Which three players for the Titans have the most to prove in 2020?

With expectations at an all-time high for the Titans this season, which three players have the most to prove in 2020?

By Myles Underwood
August 21, 2020
What's in this article? Click to show
Players with the most to prove for the Titans in 2020
Will Corey Davis bounce back?
Can Ryan Tannehill live up to his new deal?
What does Vic Beasley bring to the team?

Expectations are at an all-time high for the Tennessee Titans and their players heading into the 2020 season. A multitude of Titans agreed to long term contract extensions this offseason with even more aspiring to gain a long term deal based on the upcoming 2020 season. The Titans are looking to prove that last season’s playoff run wasn’t a fluke and that they are here to stay as the top dog in the AFC South.

If the Titans want to have continued success this season, there are a few players that need to step up their game in 2020.

Players with the most to prove for the Titans in 2020

Will Corey Davis bounce back?

Davis’s career with the Titans hasn’t quite gone as expected. After drafting him with the fifth overall pick in the 2017 NFL Draft, the Titans were expecting Davis to be their star receiver of the future. Davis hasn’t lived up to that hype, but he’s been an extremely productive player for the Titans. Head coach Mike Vrabel often speaks highly of Davis and says that the Titans are a “better football team with Corey Davis out there.”

Now, entering the final year of his rookie contract, Davis is looking to earn a payday in 2020. While he hasn’t been the most productive wide receiver in terms of yardage and touchdowns, he has consistently been one of the best blocking receivers in the NFL. The Titans are confident in Davis and his blocking abilities, and often draw up plays to put him into a position where he can make key blocks for players downfield.

With this being a contract year for Davis, he’ll need to prove that he can be a reliable target in the receiving game to earn a long term deal with the Titans. A number of players are looking to sign extensions with the Titans in the upcoming year, but Davis is the biggest wild card of the group. If Davis can have a big year as both a blocker and a receiver, a lot of teams will be bidding for his services in 2021.

Can Ryan Tannehill live up to his new deal?

Over the offseason, a lot of speculation surrounded Tannehill and his contract negotiations. A big part of that was tied to Tom Brady and his interest in signing with the Titans. Tannehill and the Titans eventually agreed to a long term contract, and Brady eventually decided to sign with the Tampa Bay Buccaneers.

The Titans invested a lot of their future in Tannehill, signing him to a 4-year 118 million dollar contract extension. The Titans traded for Tannehill before the start of the 2019 season, and a change in scenery is exactly what the veteran quarterback needed. Tannehill showed glimpses of excellence with the Dolphins, but a lack of overall talent on the team prevented him from having constant success.

According to Pro Football Network’s Offensive Share Metric, Tannehill ranked as the most productive quarterback in the NFL in 2019. As great as he was last season, there were times where defenses dared Tannehill to beat them, and he couldn’t deliver. Having workhorse-back Derrick Henry handle a bulk of the offensive load is a plus, but Tannehill needs to prove that he can win football games for the Titans if opposing defenses are persistent on stopping the run.

What does Vic Beasley bring to the team?

Unlike the previous two players for the Titans, Beasley has a lot to prove in 2020 for entirely different reasons. The Titans and Beasley agreed to terms this offseason on a one-year 9.5 million dollar contract. The signing was met with mixed reviews as there were a plethora of players who could have made an impact on the Titans in 2020. Beasley shows real promise when on the football field, but his off the field issues have caused some concerns this offseason.

Beasley was a no show for the start of Titans training camp and eventually ended up failing his physical with the team. He certainly has a lot of making up to do with his teammates and coaching staff, but Beasley has the chance to make a real impact for the Titans in 2020. It’s been a bit of an up and down career for Beasley so far in the NFL, but he did earn an all-pro nod in 2016 and accumulated eight sacks for the Atlanta Falcons last season.

Considering his rocky start to this point, hoping he gets back to his 2016 form may be unrealistic. That being said, if Beasley can contribute at the same level for the Titans this season as he did last season for the Falcons, the Titans could have one of the best pass-rushing combos in the NFL. He and Harold Landry could thrive off each other’s constant pressure on the quarterback. If the Titans want to take that next step on defense in 2020, a productive season from Beasley is a necessity.