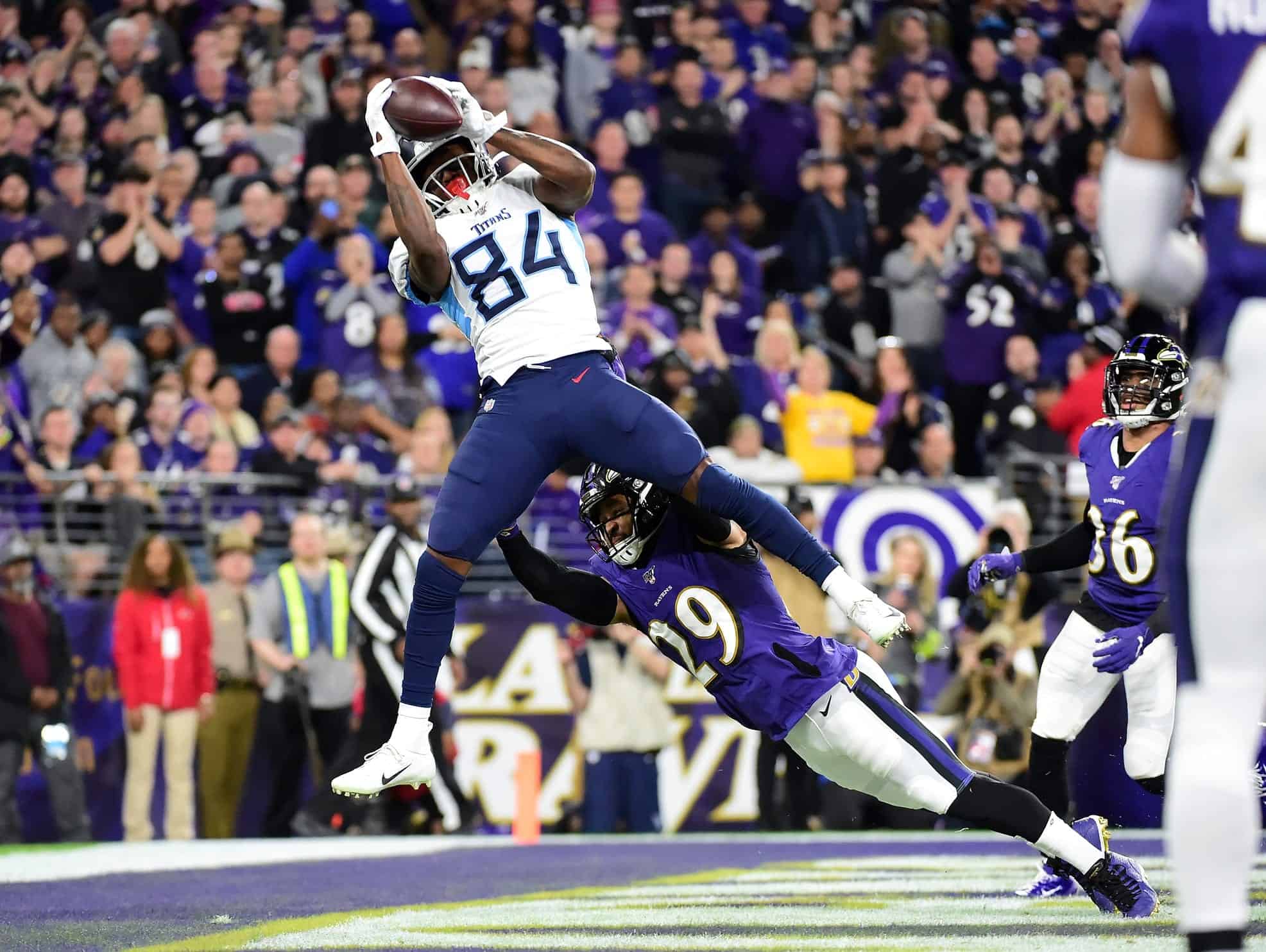 Corey Davis isn’t being talked about enough as a fantasy football sleeper in 2020. The Tennessee Titans wide receiver could prove to be one of the biggest late-round values on fantasy markets as several things point to him taking the next step this season.

Entering the 2017 NFL Draft, the hype around Davis was real. He had the perfect size (6-foot-3, 209 pounds), and his route-running was already considered elite. The Titans drafted Davis with the No. 5 overall pick that offseason and the expectations were for the Western Michigan product to become the team’s No. 1 receiver.

Now entering his fourth year in the league, it is safe to say that Davis hasn’t quite lived up to that hype. During the offseason, the Titans chose to decline his fifth-year option, which means Davis is now entering a contract year. While that may not be the best situation for him, that’s always a good thing for fantasy football.

The majority of the fantasy world has already written off Davis as a bust, but those beliefs may prove to be premature.

Opposing defenses will focus on A.J. Brown, which can help Davis

A.J. Brown is locked in as the No. 1 option for Tennessee’s passing game, but that could actually help Davis and his fantasy output in 2020. Last season, Brown and Davis both drew opposing team’s top cornerbacks at an even rate. But that is going to change this year.

This is going to give Davis the opportunity to increase his role within the offense, and he could potentially become the red zone target that everyone thought he could be heading into his rookie season.

Corey Davis is a lock to be WR2 in Tennessee

When you dive into Davis’ stats from last season, there are plenty of reasons to be optimistic about him having a bounce-back year. Last season, Brown was the most targeted receiver for the Titans and saw a total of 84 targets, but Davis was right behind him with 69.

These numbers are even a little closer than they seem because Davis missed one game last year, whereas Brown saw action all 16 contests. The duo also had, for the most part, the same catch percentage on those targets. Davis caught 62.3% of his targets and Brown caught 61.9%. Davis has seen his catch percentage increase throughout his NFL career, and while his targets did diminish last year compared to 2018 (112 targets), I see those numbers evening out this year.

Davis will be the beneficiary of increased targets

While this may come as a surprise, Davis had the highest snap share out of any Titans receiver last year. He was on the field for 80.9% of the offensive plays. The Titans also lost three key players who were a big part of this offense: Tajae Sharpe, Delanie Walker, and Dion Lewis.

The only player added to step into one of those vacated roles was Darrynton Evans, the third-round pick out of Appalachian State. Do you know what that means? More targets to go around!

Evans should take the targets vacated by Lewis, but where are the 66 targets left from Walker and Sharpe going? Some will go to Adam Humphries, who should have a bigger role during his second season in Tennessee, but Davis will also be a major beneficiary.

Jonnu Smith will take over anywhere from 10 to 15 of the targets left behind by Walker, and Brown will do the same with Sharpe, but Davis should get a bulk of these targets. I also expect Ryan Tannehill’s pass attempts to increase this season due to opposing defenses continually stacking the box to stop Henry.

With all of that being said, it isn’t hard to imagine a scenario where both Davis and Brown get 100-plus targets this season.

The motivation is there. The talent is there. The targets should be there. Now it’s time for Davis to put it all together, and finally take that step forward towards becoming a top-notch No. 2 receiver.

Davis is currently ranked as the consensus No. 69 receiver and the No. 179 overall player, according to Fantasy Pros. That means that he could be added to your roster while only costing you a 13th-round pick in a 12-team league.

Ladies and gentlemen – that is the type of value that could help you win a fantasy league, as it’s difficult to find that sort of potential upside value in the later rounds. His role in the offense is established, and with him playing for a future paycheck, expect Davis to have his best year as a Titan.