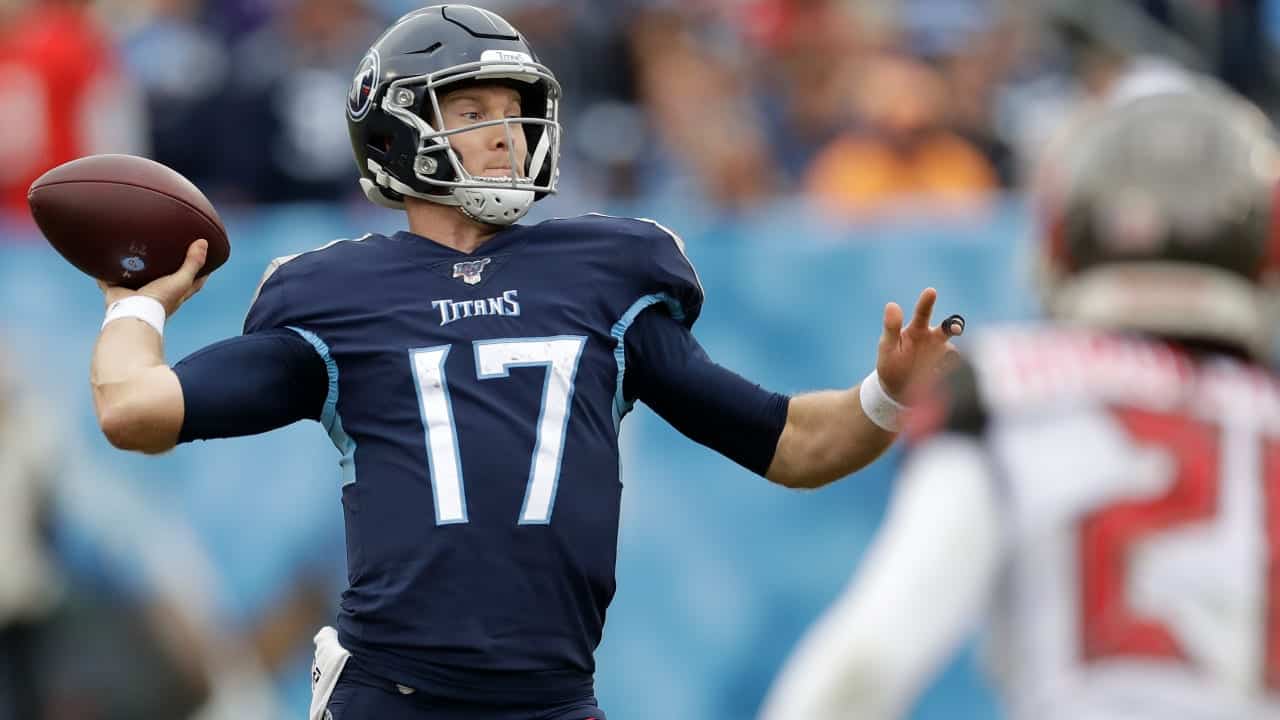 Did Ryan Tannehill and Derrick Henry transform the Tennessee Titans into Super Bowl contenders in the second half of last season and the playoffs, justifying the decision to spend big bucks to bring them back in 2020? Or were the Titans a lucky fluke that got hot at the right time?

They were a lucky fluke, right? I mean, c’mon, we’re all thinking it. Tannehill had a few good games, Henry performed historically in the playoffs, the late-December schedule got squishy, and a pair of playoff favorites were caught with their pants down. It was a thrill to watch, but it’s foolish to expect a repeat.

Well, the Titans clearly expect a repeat. They signed Tannehill for a reported $118 million, gave Henry a reported $50 million over four years, and paid for it all by letting offensive tackle Jack Conklin walk and trading All-Pro defensive tackle Jurrell Casey. The Titans look weaker on paper than the team that squeaked into the playoffs at 9-7 last year. But that’s why they play the games.

What can we expect from the Tennessee Titans in 2020?

What happened for the Titans from Week 17 to late in the second quarter of the AFC Championship game against the Kansas City Chiefs was practically the Webster’s definition of a “best-case scenario.” The Titans are hoping for a full season of that special sauce.

Tannehill turns out to be the guy we saw from 2012 to 2018. Henry turns out to be the same solid power back we saw from his rookie season through Week 9 of last year, not the second coming of Jim Brown. The Conklin and Casey departures weaken a team in the trenches that’s built to win games in the trenches. Only a relatively easy schedule keeps the Titans buoyed around .500.

Henry rushed for 446 yards in last year’s playoffs, the sixth-highest single-postseason total in NFL history. He also averaged just 3.9 yards per carry and 71.6 yards per attempt through the first eight games of the season and had five career 100-yard games entering last November. Assume that he’ll consistently steamroll opponents over a full season at your own peril.

Tannehill completed 76.7% of his attempts and averaged a league-high 13.4 yards per attempt on play-action passes, with nine touchdowns and just two interceptions. Analytics research suggests that an effective running game does not improve a team’s play-action passing success. But it sure as heck doesn’t hurt.

Cornerback Malcolm Butler allowed an opposing quarterback rating of 105.9 to his receivers, Adoree Jackson is one of the league’s fastest defenders but worst tacklers and Logan Ryan is a free agent. The newcomers in the secondary are 36-year old Jonathan Joseph (another shaky tackler) and second-round LSU project Kristian Fulton.

Speaking of thin defensive units, the Titans signed Vic Beasley to bookend the pass rush with Harold Landry, but Beasley missed the first 10 days of training camp (basically showing up, getting tested, and maybe lifting some weights, remember) for undisclosed, unexcused reasons. Beasley is a streaky pass rusher — he recorded four sacks in December but none in October last year, for example — and the Titans are counting on him to fill the void left by Cameron Wake.

First-round rookie Isaiah Wilson should step in at right tackle for Conklin, and his development will be critical to the Titans’ success. The team’s offensive line ranked fourth in the NFL in adjusted line yards, per Football Outsiders. Of course, Wilson blocked for some pretty darn good running backs at Georgia, so he should be capable of opening up a few holes for Henry.

One area where the Titans can easily get better is special teams. They went through four placekickers last year before settling on Greg Joseph, who got them through the final two regular-season games (attempting only extra points) and the playoffs. Joseph appeared to be set as the kicker this season at the start of camp, but former Patriots kicker Stephen Gostkowski worked out with the Titans at the end of August, so stay tuned for more kicker drama.

Where to look for your fantasy football teams

Is Derrick Henry worth a top-pick?

Henry is going first in many drafts and rarely getting past the seventh or eighth pick in most. Nick Chubb, Aaron Jones, and Dalvin Cook are below him in ADP. but I would draft all three of them ahead of Henry. There’s nothing worse than spending your top pick on the guy who would have won your league last year.

Can A.J. Brown continue to impress?

A.J. Brown caught 21 passes for 470 yards and four touchdowns in five December games. There’s a big difference between banking on a fourth-year power back like Henry sustaining his late-season success and assuming a top prospect like Brown came around once he adjusted to the NFL and the quarterback situation sorted itself out.

Related | A.J. Brown could provide serious value to the Titans in 2020

Brown’s ADP is in the mid-30s. Don’t pounce on him too early (remember: Tannehill, run-happy offense), but pull the trigger if he’s hanging around by the middle of the third round.

Were the Titans 2020 offseason moves enough?

Titans fans must be tired of hearing the same analysis from almost every national outlet. But there’s a reason we’re all coming to the same conclusion. Last year’s success was something to build and improve upon, not to try to maintain by spending a fortune and letting infrastructure players walk away. Vrabel and the organization have either outsmarted the rest of us or bought into the playoff hype. Until there’s evidence of the former, we’re forced to assume the latter.