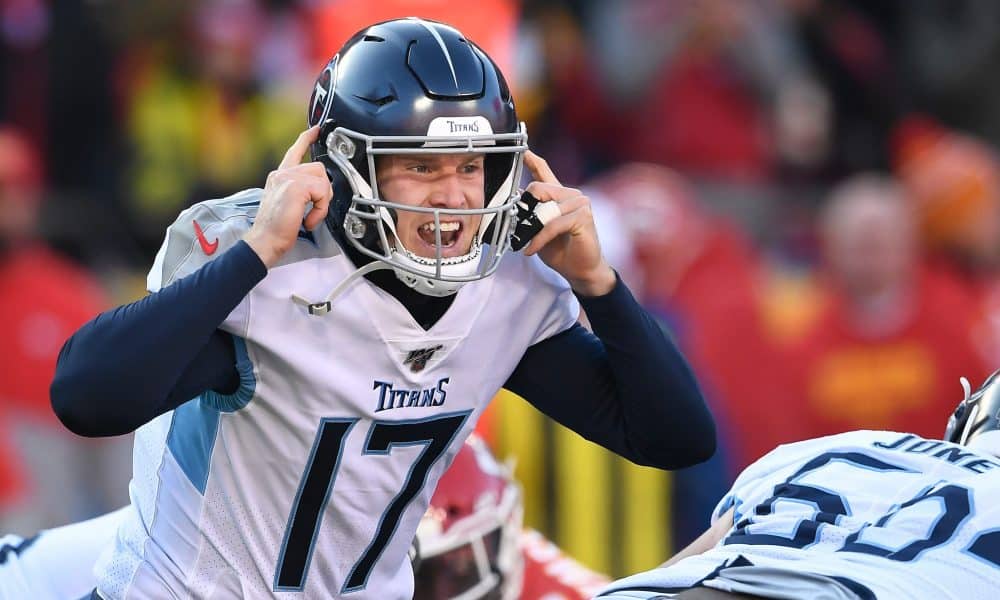 In most fantasy football leagues, there is usually a certain number of running backs, wide receivers and tight ends that have to be in a starting lineup. For the longest time, most leagues only allowed for one quarterback to be started. But as there has become more creativity in the fantasy football community, the idea of being able to use more than one quarterback in a starting lineup has grown more popular.

There was the rise of 2QB leagues, and now there are Superflex leagues. The idea behind SF is that while you can use a running back, wide receiver or tight end in your flex spot, you can also use a quarterback too. In other words, it doesn’t force you to use a QB like a 2QB league would although it is highly recommended.

In the case of most Superflex leagues and starting lineups, we typically see a QB used in that flex position and for good reason. Of the top 20 overall in fantasy points scored in 2019 (using half point-per-reception [PPR] scoring), 13 of them were quarterbacks. So while it allows for more points to be scored week-over-week by putting a quarterback in instead of a skill player, it also helps increase the value of the quarterback position overall.

It also completely changes the approach in draft strategy as we see a lot of fantasy football managers choose to wait on quarterbacks and usually treat them as a mid-to-late round priority.

After being the eighth overall pick in the 2012 draft, Tannehill understandably had huge expectations to be the next great franchise quarterback for the Miami Dolphins. However, after six seasons with only one playoff appearance, Tannehill was traded before the 2019 season to the Tennesee Titans. He came into Tennessee with the expectation that he would be the backup to Marcus Mariota. Nobody could’ve expected what happened last season.

During Week 6, Mariota was benched in favor of Tannehill. While he didn’t immediately light the world on fire in the stats department (13 of 16, 144 passing yards and one interception), Tannehill performed like one the best quarterbacks in the league once he started in Week 7 through the rest of the season.

In the 10 games he started, the Titans had a 7-3 record and Tannehill was the third highest-scoring quarterback in fantasy football. Overall, he threw for 2,742 passing yards with a 22-6 touchdown-to-interception ratio on a 70.3% completion percentage.

As another tidbit of information, Tannehill’s 117.5 quarterback rating was fourth-highest of ALL-TIME. He was almost a completely new quarterback, and he helped lead the Titans to the AFC Championship, blowing the doors off the expectations for the once-floundering 2019 Titans team.

Looking deeper into his fantasy production, he was not only one of the best fantasy quarterbacks once he took over as the starter, but he was also dangerously consistent. According to PFN’s own Consistency Scores, Tannehill was the sixth-best QB in 2019. He had eight games where he scored at least 18 fantasy points (he scored 17.92 points in one of two weeks that didn’t qualify). In five of his ten games as a starter, he scored at least 23 fantasy points. Even if you include the entire 2019 season, Tannehill was still the ninth-best QB in fantasy points-per-game (19.18).

In their march to their eventual AFC Championship loss to the Kansas City Chiefs, the Titans became even more reliant on Derrick Henry and their rushing offense more. In their victories over the New England Patriots and Baltimore Ravens, Henry had at least 30 carries and 180 yards in both games before only seeing 19 carries for 69 yards in the loss to the Chiefs.

While Henry was receiving more work, Tannehill wasn’t asked to pass the ball as much. He only threw for a combined 29 passing attempts in the first two games for 160 yards, two touchdowns, and one interception. He did see more work in the game against the Chiefs with 209 passing yards and two touchdowns on 21 of 31 passing attempts.

It’s no secret that the Titans were a run-first offense behind a strong offensive line and one of the best running backs in the league. In the nine games once Tannehill became a starter (Henry sat out Week 16), Henry saw at least 16 carries in eight of those nine games. Henry paid off for fantasy football owners as he was the second highest-scoring RB in fantasy from Weeks 7 to 17 once Tannehill was named the starting QB. So one of the biggest concerns that fantasy owners have with Tannehill is he won’t have enough opportunities to score as many fantasy points because the Titans will continue to run the ball behind Henry.

Can you blame the Titans for not messing with a working formula? When you’re in the playoffs, if your team is winning by playing a certain way, why would you stop doing that? They didn’t suddenly become a run-centric team overnight as they ran the ball 49.8% of the time in regular-season in 2019, fourth-highest amongst all teams in the NFL.

The best way to explain it is that Henry and Tannehill both make each other better. Both of them had career years in 2019. From Weeks 1-6, Henry was the 14th highest-scoring running back in half-PPR leagues averaging 14.1 fantasy points per game. From Week 7 to the end of the regular season, Henry was the second highest-scoring RB and averaged 22.3 points per game. Tannehill had his best season as a QB in fantasy football as well.

Continuity for the Titans

One of the best things about the Titans going into the 2020 season is that their offense barely changed. Outside of Henry and Tannehill, they return four of the five starters on the offensive line (right tackle Jack Conklin signed with the Cleveland Browns), their top three wide receivers (A.J. Brown, Corey Davis, and Adam Humphries), Jonnu Smith, head coach, and offensive coordinator. So not a lot is expected to change from last season.

With both Henry and Tannehill signed long-term, it sets up the Titans for similar success in 2020. Second-year and rising star receiver Brown will enter the season as the unquestioned number one wide receiver and not be a rookie any longer. Tannehill will have had a whole offseason as the starter and no major injuries plague the offense heading into the 2020 season. So surely that would mean Tannehill is being drafted as a top quarterback in fantasy football, right? Well, not exactly.

Tannehill is a value in fantasy 2020

According to FantasyPros average draft position (ADP), Tannehill is not even being picked as a top-20 quarterback. It seems ludicrous that the third highest-scoring QB from Week 7 on is barely being drafted as a QB2 in 12-team leagues. This goes back to his 2019 playoff performance, however, and some even thinking that his career resurgence last season was an “outlier.”

If you look at Tannehill’s career and some of the rosters he played on with the Dolphins, it’s fair to say that he didn’t always have a strong team to rely upon. So now that he has a team that actually has a good roster (and stable coaching staff), isn’t it presumptuous to assume Tannehill was the problem?

Even with him not lighting up the scoreboard in last season’s playoffs, Tannehill still had respectable numbers. He still threw for five touchdowns and only one interception in those three games. That would equal out to 27 passing touchdowns and six interceptions over the course of a 16-game season. Plus, he had 35 yards rushing with one touchdown as well, which would equal out to 186 rushing yards and six rushing touchdowns. If there is an outlier, it’s his 369 yards passing in the three playoff games (123 per game). There is no way a quarterback that just got a huge contract extension is only going to be expected to attempt an average of 20 passes per game (60 passing attempts over the three playoff games).

Tannehill is due for some regression as he had one of the best seasons for a quarterback in recent memory. If you take his 22.50 fantasy points per game average from 2019 over the course of a 16-game season, he would’ve scored 360 fantasy points. That would have made him the QB2 behind Lamar Jackson and the second-highest scoring player in all of fantasy football last season.

Even with negative regression, it’s a huge drop from all the way down to the 21st quarterback selected. Yes, he has a small sample size from last year, but his perceived value for 2020 is being drastically reduced to the point where he’s not only a value but a steal in fantasy football drafts.

There is no reason that Tannehill is being drafted behind other quarterbacks like Jimmy Garoppolo (QB20, who had seven games in 2019 of less than 12 fantasy points), Cam Newton (QB19, who missed almost all of last season and is on a new team for the first time in his career), Ben Roethlisberger (QB17, the 38-year old quarterback coming off major surgery on his throwing elbow) or Joe Burrow (QB15, a rookie who hasn’t thrown a pass in the NFL yet and is on one of the worst teams in the league). Tannehill proved to the world last season that not only can he step up and play like one of the best quarterbacks in the league but also be a terrific QB in fantasy.

As he is being selected as a low-end QB2 in fantasy football drafts, Tannehill is a screaming value in Superflex leagues. It’s almost impossible to find another player being picked that late who you can use in your SF position with the type of value and upside that he has. While he may not be able to repeat his historic 2019 performance, he absolutely can be a top-12 quarterback in fantasy and allow for whoever picks him to have two QB1’s on their team. If you are looking to win your fantasy football league, don’t make the mistake of not selecting him on draft night.