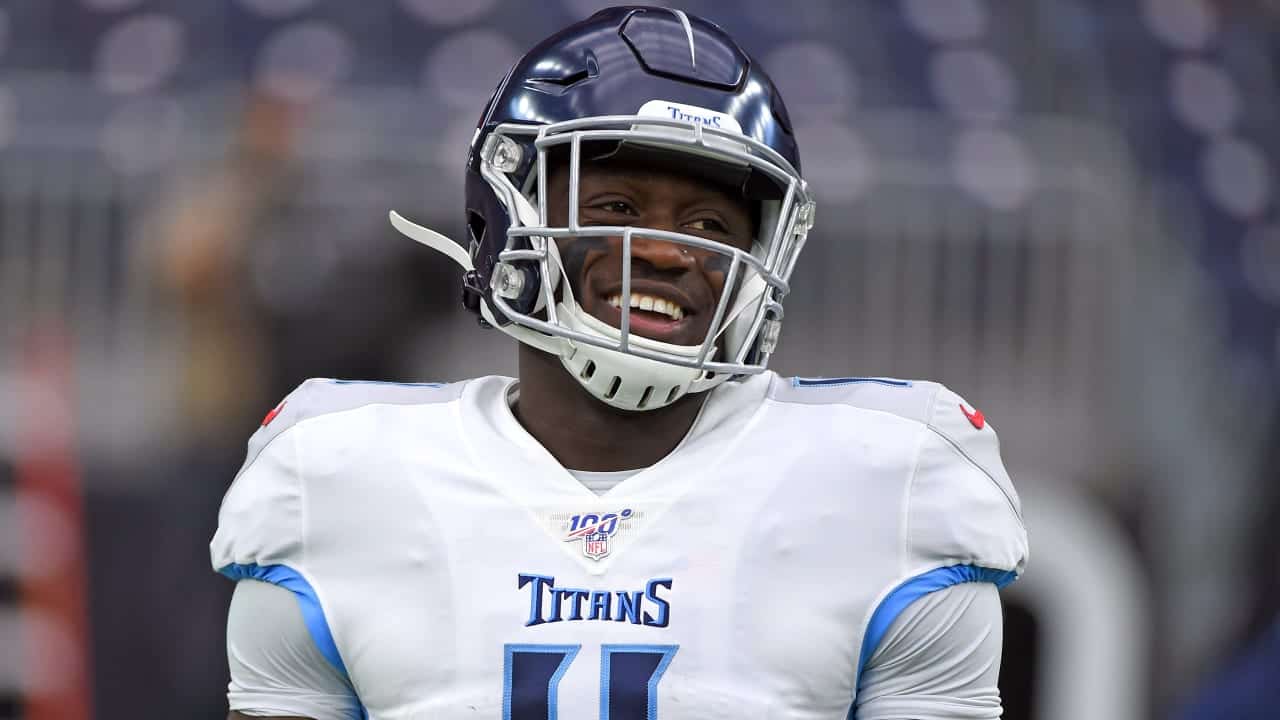 Photo Credit: Tennessee Titans
What's in this article? Click to show
A.J. Brown and the Offensive Share Metric
Which weeks stood out in 2019
A.J. Brown in 2020

A.J. Brown has had a great start to his NFL career. The Tennessee Titans rookie wide receiver put up some impressive first-year stats in 2019 and gave us a glimpse of his potential. Tennessee is looking to build on an AFC Championship appearance as they gear up for the next season. If Brown can continue the momentum built off of his 1000-yard season, he could provide some serious value to the Titans in 2020.

Let’s look back at the 2019 season to get a gauge on what Brown’s production trends looked like. For the 2019 season, there were 93 wide receivers that created an overall OSM grade. Brown’s overall season OSM grade of 34.12 was in the top third of the pack at WR32.

For individual offensive production, an OSM grade in the thirties is very good. This means that a player lends a heftier amount of value to their offense. The most productive wide receivers last year scored OSM grades in the high-thirties.

Brown finished the year with 1,051 yards across only 52 receptions on the season. He averaged a massive 20.21 yards per reception. But it was what he did after the catch that really stood out. No receiver in the league did better last year for yardage after the catch. Brown’s 8.8 YAC average was number one in the NFL, just ahead of Deebo Samuel and teammate Jonnu Smith. 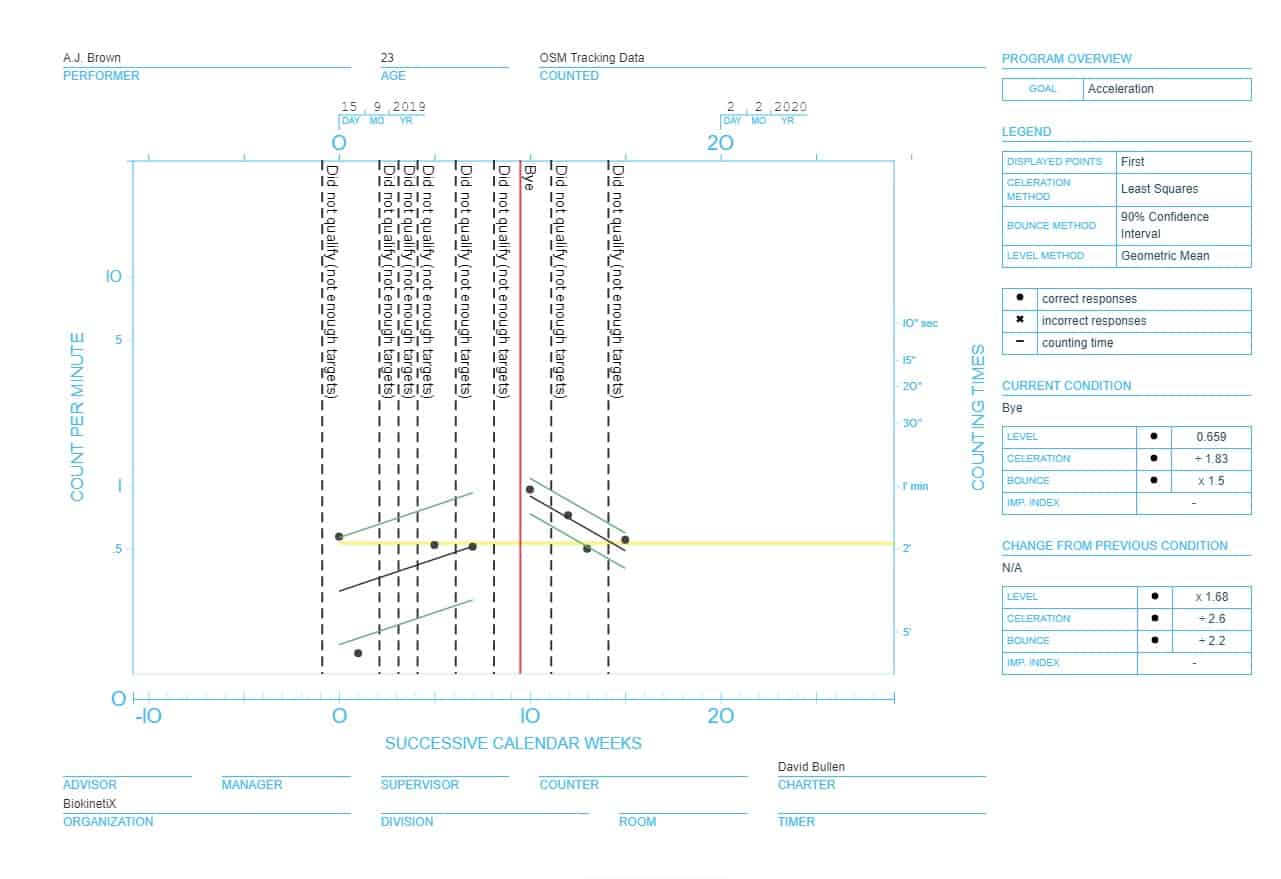 The scoring didn’t hurt either. Brown found the end zone on eight different occasions last season. Eight touchdowns was tied for the ninth most touchdowns for any receiver in 2019.

That week, Brown put up 135 receiving yards and a touchdown. This would be considered a great day for any receiver. So what made it so spectacular for Brown? He did all of that on only four receptions. If you’re doing the math in your head, that’s nearly 34 yards of offense every time he touched the ball.

If that wasn’t impressive enough, just two weeks later he did it again. In NFL Week 14, Brown brought in 153 receiving yards and another two touchdowns. This time, he spread this across only five receptions averaging nearly 31 yards per catch. His OSM that week was another elite grade of 43.21.

Brown has been really good for his offense. He’s carrying an exceptional amount of value for the Titans and it’s only his first year in the NFL. But he’s not just been good, he’s been consistently good. With the exception of one outlier game at the beginning of the season, his performances have been very stable from week to week.

Heading into his second year, there’s some serious upside potential here. The Titans are sneakily becoming a real contender. Quarterback Ryan Tannehill hit another level towards the end of the season, Derrick Henry was one of the more productive running backs in the league, and the offensive line have been playing really well.

If Brown can remain as productive per reception in 2020 but can manage to get more passes thrown his way as a primary receiver, he will be a lock for the Pro Bowl and will be considered for All-Pro honors. As for the Tennessee Titans, they will want to take full advantage of these valuable offensive weapons currently at their disposal to take another shot at the NFL playoffs.