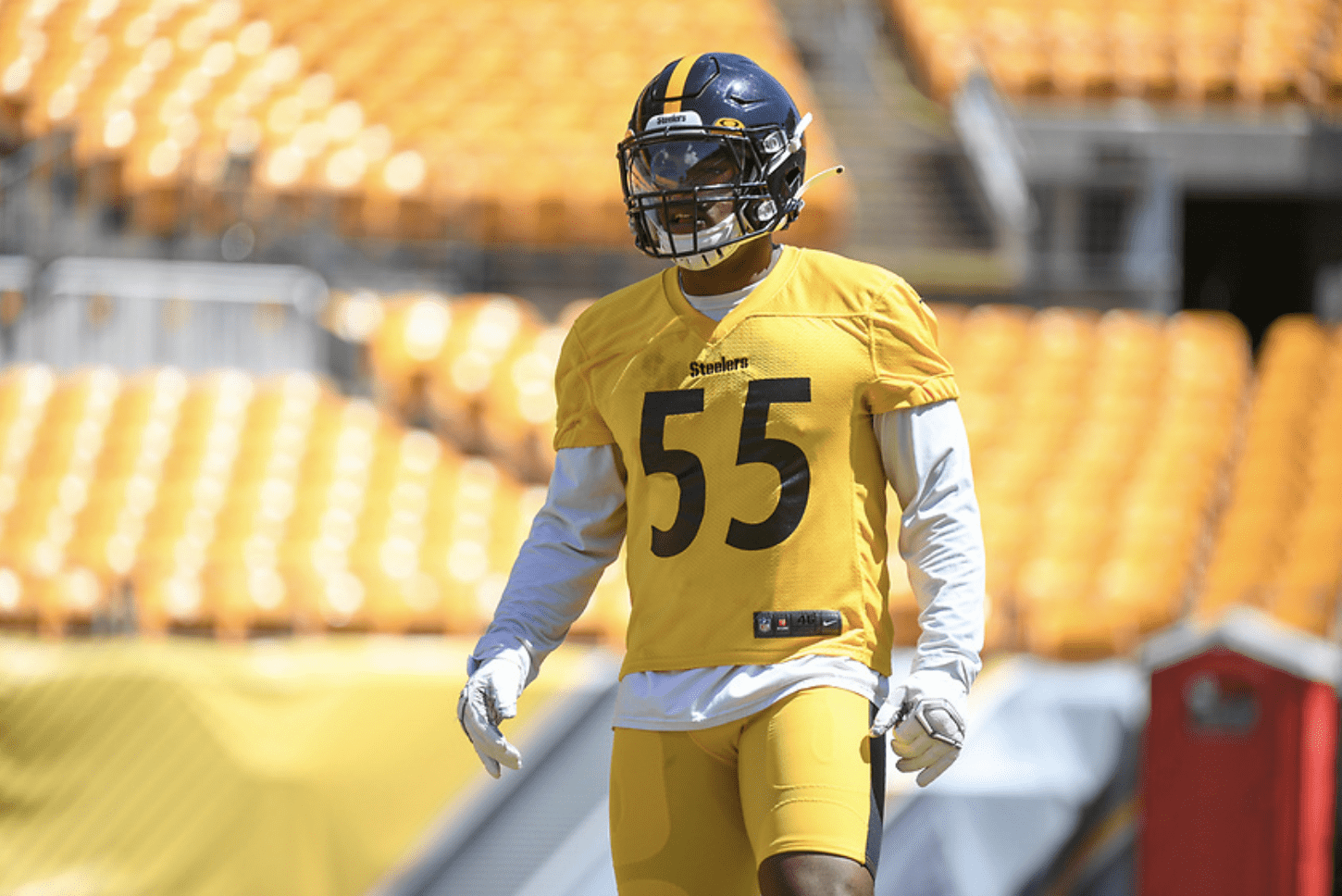 Photo Credit: Pittsburgh Steelers
What's in this article? Click to show
The Steelers linebackers and their outlook
Jason Garrett’s scheme places stress on linebackers
How the Steelers can ease the stress on their linebackers

After a tumultuous offseason, the NFL season is upon us. However, for Steelers fans, they will have to wait an extra day to watch the Black and Gold take the field against the New York Giants on Monday Night Football. It is a much anticipated season for the Steelers with the return of Ben Roethlisberger and new weapons on the offense. Add in a defense that was lights out last season, and you have a recipe for excitement. With that said, the Giants offense does present some problems for the Steelers defense. The Pittsburgh linebackers will be stretched and tested, and as such, they are the key to winning this matchup.

The Steelers linebackers and their outlook

Before I go any deeper into why this could be such a problematic matchup for the Steelers overall, let’s take a look at just who the Pittsburgh linebackers are and what they bring to the table. For the most part, in this game, I expect this to be the Devin Bush and Vince Williams show.

Bush is an obvious breakout candidate in the 2020 season. With some of the best athleticism at the position in the entire league, Bush is a freak. He covers ground effortlessly and glides from sideline-to-sideline. His rookie year had great flashes of that athleticism, making a difference downhill and deep down the field in coverage. It is no surprise that Bush has some places to grow. Most importantly, his discipline with his keys must improve. He did unlearn bad habits throughout the year, but this is still a player who is only in his second year, so you can expect some growing pains.

Related | How will the Steelers defensive depth chart look in 2020?

As for Williams, he is the vested veteran. Everyone loves him because he is a big-time locker room leader and makes a difference on the field as well. Practically everything I said about Bush, the opposite is true for Williams. He is an average athlete who is more of a downhill thumper. Williams is a vocal leader and elite communicator at the second level. His best trait is his blitzing ability, as he is one of the best blitzing off-ball linebackers in the NFL. Williams can struggle with coverage at times against more athletic tight ends, but for his athletic profile, he does better than you would think here.

This is perhaps the most ambiguous part of the entire game. We don’t know exactly what Jason Garrett’s scheme is going to look like under the guiding eyes of Joe Judge. However, there are some core concepts we can pull out of his time with the Cowboys. Most importantly, what they did was put linebackers in ridiculous binds that tested their mental keys more than most offenses in the NFL.

Here is one such example. It is an RPO that is, by all means, not an easy key for linebackers to read. The combination is pretty simple. If the weak side linebacker bites on the sweep action to the outside, you hit the slot receiver on the slant over the middle. If not, the sweep is your play.

That weakside linebacker is always going to be in a tough spot with the talent this Giants team has. That ball is either going to Saquon Barkley or Golden Tate. Regardless of who gets it, that is not ideal. However, it seems Barkley would likely be the focus. After all, when Barkley has eclipsed 110 yards rushing in his career, the Giants are 5-2.

For the Steelers, this is going to be a point of problem for Devin Bush. He will likely, to a degree, be hyper-focused on Barkley. Again, Bush is still coming along with his keys and has been baited on similar plays before. With how dangerous Tate is after the catch, that is another way for a big play to happen. Garrett would be smart to stress the young linebacker.

Related | What were the surprise moves on the Steelers 2020 53-man roster?

If you want to solve these issues, the obvious solution is to run man coverage. Bush excels in coverage, and while he has his struggles in man coverage, he rapidly improved in that area over the second half of the 2019 season. The issue is, that then stresses Williams in a different manner, especially in Garrett’s scheme.

Even with underneath zones and man coverage, Garrett weaponizes his tight ends in a manner that is dangerous for Pittsburgh. The Steelers linebackers had some trouble with tight ends last year in certain zones, and Garrett can exploit it. One of the signature plays that his tight ends run is Y-Option.

All that means is that the tight end has the option to turn the route into a flag route, in-route, curl, or make it a double move up the seam. It is a very potent move in Garrett’s playbook. Evan Engram, with his athleticism, is the perfect seam pass-catcher to stress the defense vertically. Bush and Williams will not only have to process Engram’s movements effectively, but they need to be prepared to have high-quality reps against him out of a variety of looks.

How the Steelers can ease the stress on their linebackers

If the Steelers immediately see the Giants come out trying to stress their linebackers through the quick RPO game, and they very well might, given the Steelers ferocious pass rush. There is a check to that. As mentioned above, man coverage is a way to check it. The Steelers could always substitute out Williams for someone like Cam Sutton to give them a better matchup against the pass. However, given the threat of Barkley, it would seem likely you would want your best run-stopping linebacker on the field.

Therein comes the secondary once again. The Steelers, with Minkah Fitzpatrick, were great at disguising their coverages and rotating guys down. With a young quarterback like Daniel Jones, you can mess with his eyes. Pre-snap there can be an inviting look, but changing in post-snap to free up your linebackers is an idea. For example, the Steelers can come out in two-high shell, but they may want Williams to play aggressive against the run rather than have to worry about the RPO. What they can do is rotate someone like Terrell Edmunds down into the box, take away the slant, and let Williams key in on the Barkley run.

Related | Mike Tomlin is the perfect coach for the Pittsburgh Steelers

What you want to do is even up the match-ups across the board. If the linebacker is in a bind, you are either going to be one short in coverage or one short in the run support box. By rotating defenders down into the box to cover the routes, you free up your linebackers to play the run aggressively and still can take away these open lanes. If the Steelers trusted someone like Bush in coverage enough, he could exclusively drop back to take away the throwing lanes as well. Edmunds would then come in for a run fit and even up the score in the running game. The Steelers have options to help these two linebackers out.

However, even more critical will be communication. Williams is an elite communicator, but the Steelers can not afford any missed alignments pre-snap if they are going to rotate down as I proposed above. It will be interesting to see if the Steelers try to ease the burden on their linebackers, but even if they do, it will be Williams and Bush who must rise to the occasion in a tough, binding matchup due to the system and weapons the Giants possess.