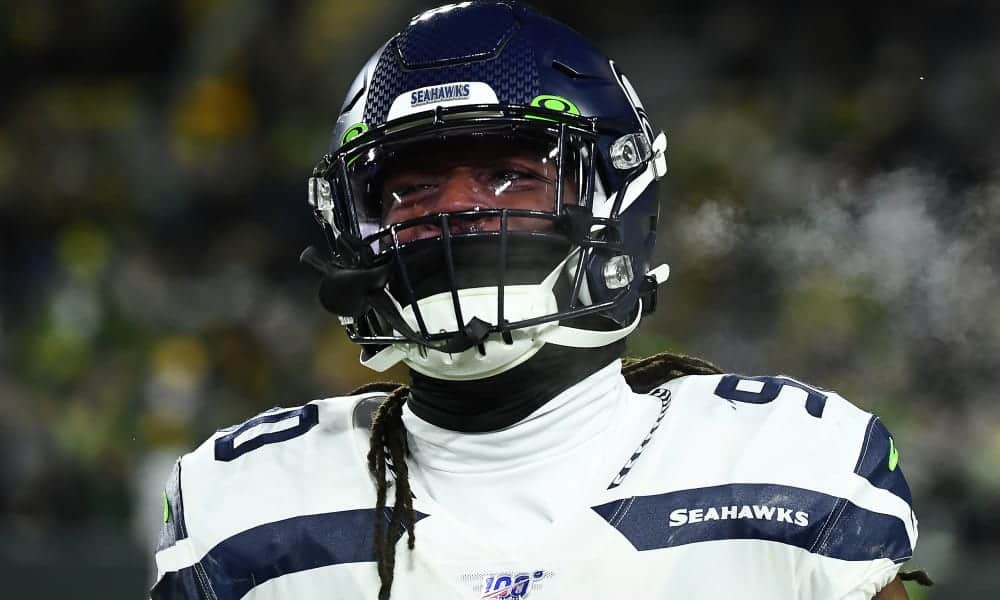 Every week I open up the mailbag for anyone to send me their questions on college football, the NFL, or the 2020 NFL Draft. We are now less than a month away from the draft and there’s clearly plenty on fans’ minds based on the number of questions being submitted. This week’s mailbag includes discussion on the New York Jets, the Philadephia Eagles, and where Jadeveon Clowney may end up.

But before we get started, a quick note. I apologize for the lateness of getting this week’s mailbag published. But with state lockdowns, quarantines, and people focused on more important issues outside of football, it’s been tough to track down many of my sources and the information has been slow to come in. Honestly, I don’t see this changing any time soon unless somehow there’s a major improvement in dealing with the coronavirus situation.

If you have a question you want to send me for next week’s mailbag, send it to [email protected] or send a tweet to @PFN365 on Twitter using the hashtag #AskTonyPFN, and we’ll try to include it in an upcoming mailbag column.

Good call on George Fant going to the Jets. So as Jets fans try to identify potential offensive linemen for the draft, should they focus on athletic linemen as opposed to big, lead-footed guys? How about C/OG that would fit what Gase is looking for: Matt Hennessy, Cesar Ruiz, Shane Lemieux, Hakeem Adeniji?

While I personally like Lemieux and know he tested well at the NFL Scouting Combine, the film doesn’t show an athletic lineman that can be used in any sort of large space or area.

That’s not the case for Matt Hennessy or Hakeem Adeniji, who are both good fits for the Jets’ system. I know the Jets assistant offensive line coach Derek Frazier likes Adeniji and they feel he can play any position on the offensive line except center.

What happened with the Jets going after Jack Conklin? It seems like he didn’t get as much money as people expected. Have they really upgraded their line when they said they would and what should we expect next? IS it a realistic possibility that all four big offensive tackles go in the top-10 and the Jets get shut out?

I spoke at length on this topic last week on The Draft Insiders podcast with Andy Herman. Several of the  Jets coaches thought it would be foolish to spend all that money on an offensive lineman they viewed as a marginally athletic left tackle.

There will be a good offensive tackle available for the Jets when they are put on the clock in round one. The question is this – will they take an offensive lineman or address the wide receiver position instead?

You know the Eagles and their personnel very well. I know he hasn’t done anything yet, but I’ve been intrigued by Jordan Mailata’s raw talent. He seems similar to George Fant. Since he ran the Eagles draft when they selected Mailata, any rumblings Joe Douglas could try and trade for Mailata? Also, how do you think the Eagles will fill their linebacker need?

With the little depth they have at offensive tackle, I doubt the Eagles want to part with Jordan Mailata as he’s a swing guy that can play either tackle spot.

As far as addressing the linebacker position, I can tell you this – they really like Wyoming’s Logan Wilson, whom they were able to visit with before everything was shut down. I can absolutely see them using a second-day pick on Wilson, who would be a great system fit.

Do you see the Atlanta Falcons adding anyone else during free agency? And will they further address the tight end position after trading for Hayden Hurst?

They are likely done in free agency. As far as the tight end spot, I’m told they really like Colby Parkinson, a Stanford product just like former Falcons TE Austin Hooper. I could absolutely see them using a pick on Parker during day three.

Predictions? No. But what I’m told is the way free agency has slowed down, and with players not being able to take physicals, there is a real belief Clowney ends up back in Seattle.