The NFL is witnessing an influx of a young and exciting new generation of quarterbacks ready to carry on the torch for the aging veterans on the verge of retirement. This week, I will focus on two games that see the NFL’s new and old generation go head to head and have spreads that present possible value, before making my Week 5 picks. Make sure you keep up with all of the betting team’s Week 5 plays throughout the week.

What happens when an unstoppable force meets an immovable object? We’re about to find out this weekend. This match-up between the Cleveland Browns and the Indianapolis Colts is a showdown of strength versus strength where both sides will face an opponent like none other they have faced so far this year.

The Browns boast the NFL’s best rushing attack, averaging 5.9 yards per carry and 204 yards per game. They have scored the most rushing touchdowns in the league and field a top three offensive line. Until injury struck for Nick Chubb this past week, they had a two-headed rushing attack featuring Chubb and Kareem Hunt that led the way for their top-four scoring offense in the league – averaging 31 points per game.

However, both teams have not faced “elite opponents,” so it will be an interesting clash between these teams to see which one can enforce their style of play onto the other. Considering the Browns offensive line is ranked in the top three in the league, my bet is the Browns will be able to create enough holes along the Colts front seven to enable their game plan to work.

These teams are notorious for their undisciplined play, which may be a deciding factor in this game between two evenly matched teams. Both the Colts and Browns rank in the top-15 in offensive penalties and are both top-10 in offensive penalty yards. Whichever team can limit their mistakes and prevent drive-ending penalties will most likely be the victor in this game.

The Browns do have an advantage in the passing game since they have become a powerhouse running team. They have thrown the 10th fewest interceptions in 2020 and somehow are top-12 in passing touchdown even though they have thrown the fifth-fewest pass attempts. They have found an outstanding balance limiting quarterback Baker Mayfield’s throwing opportunities and instead have only relied on him when necessary or when they have needed to score.

The Colts running game is stagnant even with all of the hype around rookie running back Jonathan Taylor. They are averaging a league-worst 3.5 yards per carry and have the fourth-fewest rushing touchdowns in the league. Their passing attack isn’t much better either. Aging quarterback Philip Rivers has only thrown four touchdowns (fourth-fewest in the league) this year while also throwing three interceptions.

If there is a similarity between these two teams, it would have to be their ability to shut down opposing run games. They are both top-10 in yards per carry against, holding opponents to less than four yards per attempt. They are both in the top-five when it comes to fewest rushing yards allowed and hold teams to less than 92 rush yards per game.

The most significant outlier between these two teams is the fact that the Browns own the best rushing attack in the NFL, are averaging over 204 yards per game on the ground, and attack opponents with a 5.9 yard per carry average. The Colts trot onto the field with a mid-tier run game that averages 115 yards per game and a league-worst 3.5 yards per carry. Advantage: Browns

Jessica’s Pick: Browns ML @ +105 for 3 units: This Week 5 NFL point spread opened at Indianapolis -2.5 and has been bet down to -1.5 as of this article being written. The Colts have faced subpar offenses to this point, and their “elite” defense has yet to be tested. With a running game that is known to wear down defenses, the further the game goes on, the Browns will have a fantastic opportunity to show the league they are for real and a team to be fearful of.

Rivers has not needed to orchestrate a comeback in any of his games this year. It will be interesting to see how much he has left in the tank when forced to make critical plays with a fast-paced game being controlled by the Browns running game and continuous clock-running. You could take the points in this game, but I think the Browns win outright, so I am going to forego this Week 5 NFL spread. My viewpoint: The Browns are for real, and the Colts are not.

It seems like the storyline all year has been Father Time finally catching up to New Orleans Saints’ quarterback Drew Brees. On the other side of the coin, you continuously hear about how Justin Herbert has been a pleasant surprise after being thrust into the Los Angeles Chargers’ starting quarterback role less than three weeks ago.

I find this match-up to be very similar to how investors play the stock market or any financial opportunity; buy low, sell high. In this case, I am buying low on the Saints and selling high on the Chargers.

Brees has quietly put together another solid start to the season as he has for the last 15 years with the Saints. He is on pace for another 30+ touchdown season with less than 10 interceptions. He has a 71+ completion percentage and is on pace to throw over 500 passing attempts for the 15th time in his illustrious career.

Related | Week 5 NFL Picks: Will the Cowboys finally get back on track?

Don’t mind the fact that he has been doing this without the number one receiver in the NFL. Saints receiver Michael Thomas has been injured since Week 1, and Brees has still managed to keep the Saints only one game behind the NFC South division leader Tampa Bay Buccaneers.

On the other hand, Herbert has led his team to an 0-3 record and has five touchdowns to three interceptions on the year. While it should be noted that Herbert is just a rookie who is still learning the game at the NFL level, it is interesting to see the amount of hype surrounding the sixth overall selection in the 2020 NFL Draft.

Another topic to note is the fact that there will be more game tape on Herbert the further he progresses into the season as the Chargers starting quarterback, and teams will adjust and game plan against his weaknesses. How will he develop once these defensive coordinators figure out his style?

A massive disparity exists in this game with each team’s coaching staff. You have Saints head coach Sean Peyton who is a Super Bowl champion and has won the AP Coach of the Year award. He has also been a head coach for over 14 years and has been coaching Brees that entire time. He owns the all-time career win record with 133 victories as the head coach of the Saints.

Meanwhile, the 2020 season is Anthony Lynn’s third season as head coach of the Chargers, where he holds a 27-24 regular-season record. This is also his first year without Philip Rivers as his starting quarterback.

Merely comparing accolades and tenure status, it is clear that the Saints boast the better head coach in this match-up. That should translate to better in-game management and overall decision making during critical situations.

Besides the storylines and intangibles in this game, there are also statistics to compare when evaluating these teams. The Chargers have turned the ball over the third most times in the NFL this season, whereas the Saints are the seventh-best in this category.

While the headlines about Herbert are feel-good stories, the results don’t translate to the field and don’t do much for the team as a whole.

Jessica’s Pick: Saints -7 (buy the hook at -130 or less) for 3 units: The Saints boast an overall better team than the Chargers. They have the better coach, better quarterback, better run game, and better defense. They are also at home and must continue to win to keep up with the Buccaneers.

The Chargers are in the middle of a rebuild and have lost many key players on both sides of the ball. Brees should be able to pick apart the defense similarly to how Tom Brady did last week in Tampa. I’m projecting a 30-20 final in this game. Buy the hook and get the better line on this NFL spread in Week 5.

Things rarely go well for Minnesota QB Kirk Cousins in primetime games. Not only that but the Vikings secondary is banged up and getting trampled weekly. It’s going to be a good night for Russell Wilson and the Seahawks. I may look at alternate lines for this one.

The 49ers just lost to Philadelphia and shouldn’t be favored by that much against anyone even with Jimmy Garoppolo back in the lineup. The Dolphins defense held up much better against Russell Wilson than most thought through 3 quarters they can be a match for the 49ers here and keep it close.

The Cowboys haven’t blown anyone out but the Giants defense won’t be able to contain them and Daniel Jones is struggling behind a poor offensive line. Cowboys roll. 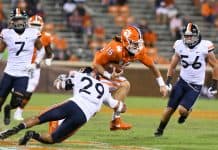 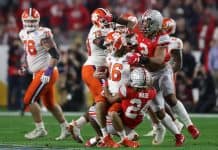 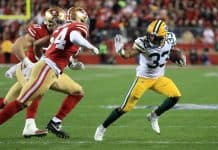 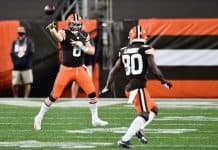 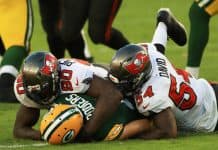 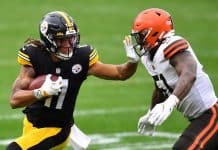