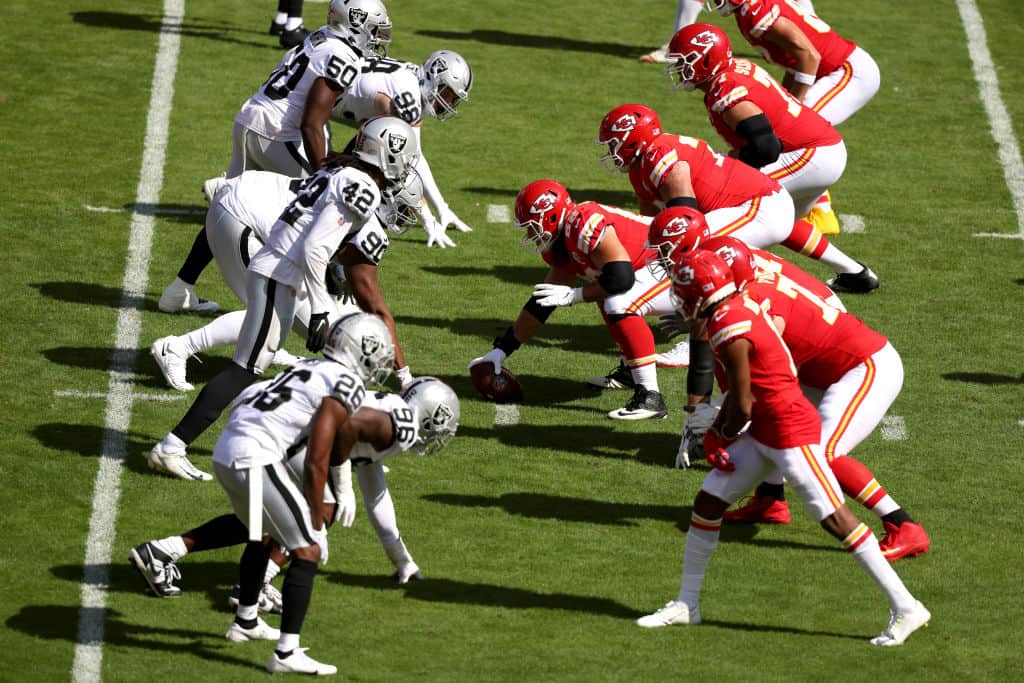 We now have 10 weeks of NFL action in the books, and Thanksgiving is on the horizon, but first, we have Week 11 of the 2020 season to navigate. Let’s break down each game on the Week 11 NFL slate with picks, predictions, betting lines, and odds to get you fully prepared for the coming week.

With a few exciting matchups coming up in Week 11, we break down each game with a predicted score. Will your favorite team cover the opening Week 11 betting lines, or is there simply not enough value with some of these odds? Whether you bet in Canada, the United States, or around the globe, this week’s opening betting lines present opportunities across the board. This offer might not be around long, so jump on some of these opening numbers before they change.

The Cardinals are coming off one of the plays of the year gave them a walk-off touchdown in a 32-30 win against Buffalo. Now winners in four of their last five, Arizona sits atop the NFC West for the time being.

The Seahawks have lost their last two games and three of their last four after a 5-0 start to the season. Russell Wilson has come down to Earth after not throwing a touchdown for the first time this season and adding two interceptions against the Rams. The Seahawks’ defense has been atrocious, having allowed their opponents to score just under 33 points on average over their last four games.

These Thursday night games favor the underdog, as they have covered in every game but two, where the Jets and Titans both failed to cover. With that in mind, expect Arizona to cover, but also expect Seattle to get back on track in the division race.

This clash between the Lions and the Panthers had the makings of being a shootout, that was until half of the skill position players were ruled out through injury. The Lions will be without Kenny Golladay, Danny Amendola, and D’Andre Swift, while the Panthers will be missing Christian McCaffrey.

This game should be close, but the Panthers still having Mike Davis and all of their main pass-catching weapons means I have them coming away with the win.

It is always exciting when we get a playoff rematch from the previous year, and these two teams are both in interesting spots. Both teams enter at 6-3 in second place of their division. However, with six teams at 6-3, if the season ended today, the Ravens would be the seventh seed and the Titans would be out of the playoffs.

Look for this to be a bruising encounter, where the deciding factor is likely the QB that can take advantage of his opportunities the best. This has the feeling of a tight, relatively low-scoring game, where the Titans’ frailties on defense ultimately cost them.

The Patriots are rolling with two straight wins and cannot afford to slip up against the 2-7 Houston Texans. Meanwhile, the Texans are as good as out of it this season, but the team is fighting for pride and roster spots in 2021.

The Texans’ run defense is a major problem, ranking among the worst in the league, while this Patriots defense rolls through its run game. The Patriots will wear the Texans down, but this game will never be comfortable for New England. The Texans will likely have a chance to win, but Bill Belicheck rarely loses to the same team twice in a row.

The Steelers have shown the dangers of facing an opponent like this if the focus is not right, as well as what they can do if they are motivated against sub-standard opposition in the last couple of weeks.

However, the Jaguars are not good on either side of the ball and should struggle to cause any problem for the Steelers as they continue their march to an unbeaten season.

The odds tell us that this could be one of the closest games in the NFL in Week 11. The Bengals have serious concerns along their offensive line, and we have already seen Washington exploit that at times this season. The Washington offense looked lively under Alex Smith in the last outing, and they should be able to move the ball relatively comfortably.

Related | NFL Predictions Against the Spread Week 11: Chiefs get revenge on Raiders

Look for Smith and the Washington offense to be able to rack up points in this one. The Bengals have allowed over 30 points three times in the last four games, and Washington have enough weapons on offense to get close this week.

The Browns are in the 6-3 mix in the AFC, while the Eagles lead their division at a woeful 3-5-1. Both teams have had their issues at times this year, and Myles Garrett missing for the Browns could be huge if they cannot get pressure on Carson Wentz.

The Browns run game should be able to control this one, but the Browns’ defensive problems will mean the Eagles are right in this. The NFL odds have this as another close Week 11 game and I expect this to be a tight game all afternoon.

This game is fascinating with the unknowns around the Saints’ QB situation. We have heard all kinds of rumors about who will be under center, and the Falcons are likely just as confused as we all are. The Falcons meanwhile will get Calvin Ridley back, which they will need given the Saints’ pass defense has been their weakness.

Alvin Kamara being healthy is huge, because no matter who is at QB, he gives this offense another player that the defense has to watch at all times. The Saints just have too many weapons, and the Falcons defense is too porous. Give me the Saints in a high-scoring affair.

The odds on this Week 11 NFL game have been much discussed with the Colts entering as favorites. The Packers have the advantage offensive, while the Colts defense has been the star of the show in Indianapolis.

If this matchup was in Green Bay, I would be tempted to back the Colts and their defense. However, indoors, with Davante Adams healthy, it is hard to look beyond Rodgers finding a way to take advantage of this defense.

Everyone’s favorite terrible team is back! The New York Jets come out of their bye and now we get to see what Justin Herbert and the Chargers can do against them. The Jets did show signs of life with Joe Flacco against the New England Patriots, but they still ultimately fell short.

The Chargers have a better offense and a better defense. The biggest concern here is that Anthony Lynn does not inspire much more confidence as a coach than Adam Gase does. Look for the Chargers to get a lead and then make us all wait while they let the Jets come roaring back.

The Miami Dolphins get their biggest test of the Tua Tagovailoa era as they travel to Denver and all the conditions that a trip to Mile High brings with it. The Broncos have been one of the most frustrating teams and the matchup between Drew Lock and this Miami Dolphins defense has disaster written all over if for the Broncos.

The Dolphins may not look smooth, but they have the better offense and defense in this game and should win with relative comfort in the end.

At the start of the season, this looked likely to be a crucial game for the NFC playoffs. However, as the odds for this Week 11 game will tell you, that is not how the NFL season has panned out in 2020. Both teams have losing records, and despite six wins between them entering this game, the winner will keep their playoff hopes alive for another week.

The Vikings appear to be gathering steam on defense, while Davin Cook looks like the game-winner they paid him to be. The Cowboys need to shut the Vikings’ run game down, but even if they do, I have no confidence they won’t be shredded by Justin Jefferson and Adam Thielen on the backend.

Given the Raiders have already beaten the Chiefs in Kansas City, the betting lines odds for this Week 11 NFL game seem somewhat strange with the Chiefs’ favorites by around a touchdown in most places. This game has some interesting implications for the division. A win for the Raiders would put them at 7-3, just one game behind the Chiefs, with the tie-breaker over Kansas City.

The Raiders will fight hard, but the Chiefs are unlikely to lose to the same team twice in a season. This should be a high scoring game, but unless the Raiders have figured out how to get Mahomes uncomfortable, do not expect him to have similar struggles this week as he did back in their last meeting.

After the Seahawks and Cardinals game on Thursday Night Football, this game has the biggest playoff implications in the NFC this week. Both teams have three losses on the season, and both teams are scrapping for first place in their division. A loss does neither team irreparable damage, but a win would be a huge boost down the stretch.

The Buccaneers need to keep Aaron Donald away from Tom Brady, but if they can, their defense should have no problem keeping the Rams score in the low 20s. The betting line for this Week 11 game seems just about right with the Buccaneers’ favorite by around a touchdown.