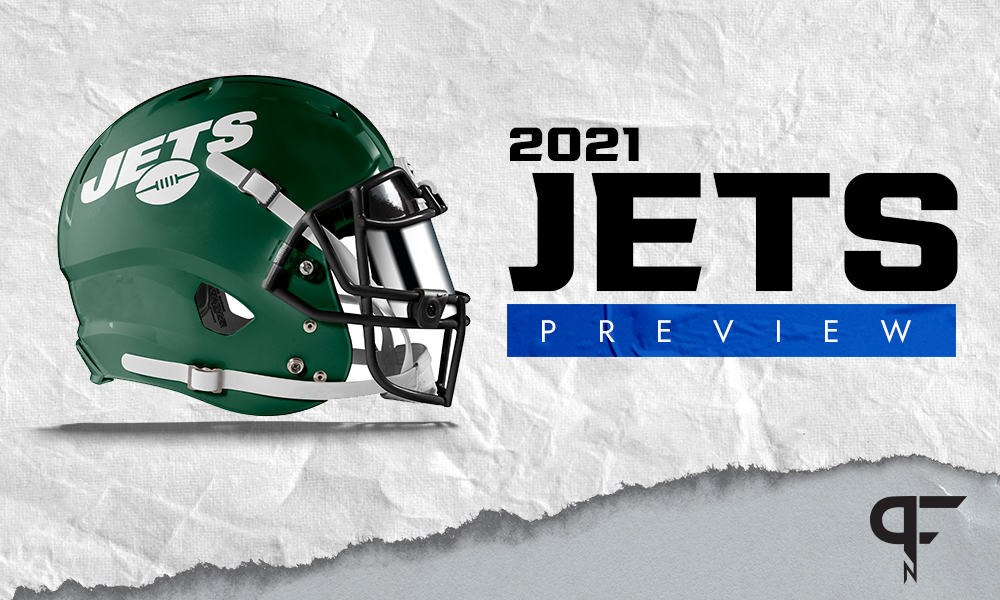 The New York Jets made many positive steps in the 2021 offseason, but their season still previews as a team competing for a top-five pick.

The 2021 season preview New York Jets sees them enter the year free of the chains they were last kept. The departure of Adam Gase brings hope for greener pastures and finer wine. Joe Douglas and Co. went out and did work during free agency and the NFL Draft to put this vehicle in the right direction.

The Jets head into the season with the 10th-easiest strength of schedule in the league. They play four teams projected to win 10+ games in 2021. They face the Bills twice within their own division and then the Colts and Buccaneers. New York also has difficult matchups with the Titans and Saints.

Additionally, the Jets face the Bengals, Eagles, Jaguars, and Texans in 2021. Those are the teams New York should eye as franchises they need to beat to feel good about their progress in 2021.

The Jets certainly didn’t sit on their hands during the offseason. They retained safety Marcus Maye by placing the franchise tag on him. The Jets signed veteran defensive ends Carl Lawson and Vinny Curry, and added a partner for Quinnen Williams in Sheldon Rankins. New York also added Justin Hardee and Lamarcus Joyner to their depleted secondary. They wrapped up their defensive acquisitions by signing linebacker Jarrad Davis.

Offensively, Douglas went out and nabbed Corey Davis from the Tennessee Titans. The addition of Davis was massive for their rookie quarterback, as the Jets previously lacked a true WR1. They also signed tight end Tyler Kroft and center Dan Feeney to help the team’s depth. The biggest addition to the squad was Morgan Moses. Moses immediately upgrades the Jets’ offensive line.

The New York Jets took a massive step in the right direction with their draft. They secured their franchise quarterback in Zach Wilson, whom some had as their QB1 in this year’s class above Trevor Lawrence. Wilson has an uncanny ability to play outside of structure. His culdesac style is impressive, but his ability to operate from heavy personnel with a high percentage of play-action really suits what the Jets’ new offense will probably resemble.

New York then decided to slide up in the NFL Draft for Alijah Vera-Tucker, who has positional flex but should start immediately at left guard. His athletic ability and technical refinement on the interior pair well beside the mountain Mekhi Becton and the horizontal rushing attack.

The No. 34 selection might have been even better than their first two picks, as they got the explosive slot receiver Elijah Moore to eventually usurp Jamison Crowder. Moore is an outstanding route runner with great post-catch ability despite his slight frame.

The Jets had seven picks between 107 and 207. They spent their first on an RB that’s an ideal fit for their zone-running scheme. Michael Carter (North Carolina) has great vision and the ability to manipulate second-level defenders before deciding on wide zone. He can also sink and make sharp cuts to make defenders miss, and he’s a weapon in the passing game.

Jamien Sherwood and Michael Carter II (Duke) do not do much more besides bringing two different types of safeties to the table. Sherwood is more of a linebacker, and Carter is a more traditional safety, but he was a bit over-drafted in Round 5.

Jason Pinnock and Brandin Echols are both extremely gifted athletes that the Jets threw darts at in the draft. If either of them hit, it’ll be a massive gain for New York because they currently lack talent and depth at cornerback.

Hamsah Nasirildeen and Jonathan Marshall were two of the best value picks in the class. It’s clear Douglas and the scouting department are trying to bring in athletes to mold technically. Nasirildeen has endless length and tackling ability. He’s also a solid lateral mover despite his height. He needs to either fill out and become a WILL linebacker or become more technically refined in coverage. Marshall lacks length but has everything else necessary to be an elite player if developed correctly.

The Jets only have one player ranked inside the PFN Top 100, but Marcus Maye ranked highly in the top-25 safety rankings.

Williams might have the best smile in football. His infectious personality is great for New York, but his game is even better. The top player from the 2019 draft class came into his own in his second NFL season. He possesses powerful hands and a developing pass-rush plan. He was top five in both pass rush and run stop win rate as an interior defender from an advanced analytical perspective.

In fact, ESPN’s run stop win rate had him 5% higher than the second-best defensive tackle in the league. Still only 23, the sky is the limit for Williams.

Robert Saleh takes his stab as an NFL head coach for the first time. From a cultural standpoint, it seems to be the exact opposite of what Gase brought to the Jets. Saleh’s appearance on The Flying Coach Podcast was eye-opening. He seems ready to motivate men, and his defensive production speaks for itself.

The Jets’ depth chart not only looks brand new but much better as well. They’ve improved the offensive line, receiving corps, running backs, quarterback (yes, I said it), and scheme. They will not be the second least efficient offense in 2021.

The Jets’ defense still isn’t where it needs to be from a personnel perspective, but Saleh should help implement good habits in the players made available to him. I expect them to invest more in 2022 free agency on the defensive side and in the draft.

This team is headed in a fantastic direction, and their free agency cycle and draft are the receipts. The season preview for the Jets still doesn’t breed overriding optimism, however. They should finish somewhere around 6-11 but show significant growth throughout. If Wilson plays well as a rookie, this team could threaten .500.