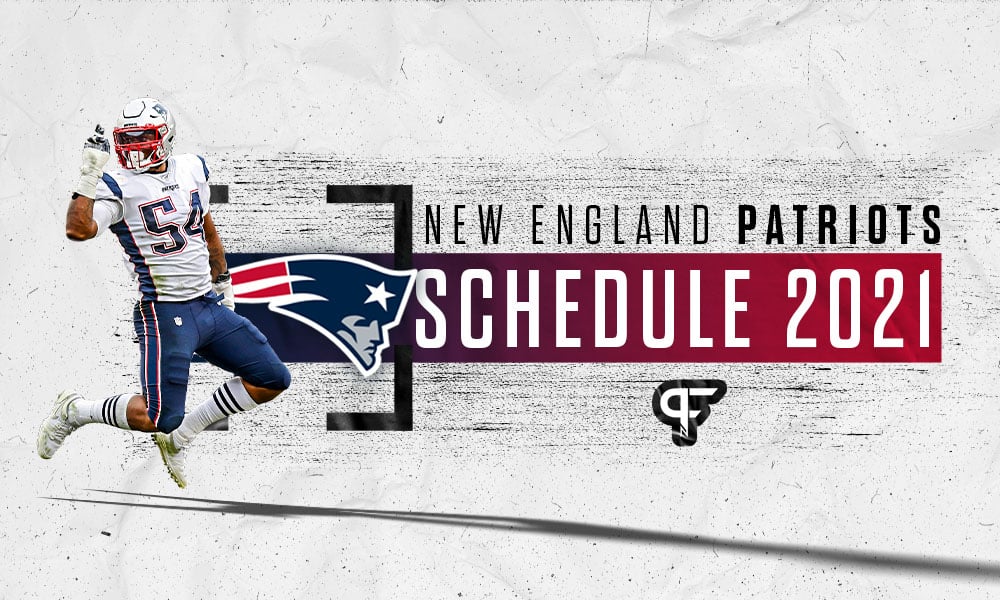 What is the New England Patriots’ 2021 NFL schedule, how many primetime games do they play, and who are the toughest and easiest opponents on their schedule this season?

How many primetime games do the Patriots play in 2021?

The Patriots will play in three primetime games in 2021. They will be against the Buccaneers in Week 4, the Falcons in Week 11, and the Bills in Week 13.

When is the Patriots’ bye week?

Coming off their worst season since 2000, the Patriots face a 2021 NFL schedule that ties for the 11th-hardest this year. Who are the toughest games for the Patriots in 2021, and which teams could provide a slightly easier challenge for whoever is under center for New England?

The Patriots will enter 2021 facing an NFL schedule containing four teams Vegas projects to win 10 or more games this season. Two of those games come against the Buffalo Bills before encountering familiar faces in the Indianapolis Colts and the Tom Brady-led Tampa Bay Buccaneers.

New England’s record against the Bills had been incredible entering the 2020 season. Dating back to the 2001 season, New England had lost just four games and won 34. However, without Brady, the Patriots were swept by an impressive Buffalo roster. That roster looks just as impressive this year, and Buffalo will be desperate to continue to avenge all those losses over the past 20 years.

The Patriots-Colts rivalry requires little introduction. It has been one of the top rivalries in the AFC for the last two decades. New England has won the last eight meetings, including two playoff matchups. However, Indianapolis is a strong team with talent on both sides of the ball.

Whether it is the toughest game or not, no matchup on the Patriots’ schedule can compare to the game against Brady and the Buccaneers. Bill Belichick and his team have the opportunity to host the Super Bowl champions and attempt to humble their former QB. This chess match between Brady and Belichick may very well be the most intriguing game of the entire NFL season.

The 2021 NFL schedule for New England features just four games against teams projected to win 6.5 games or fewer. Two of those are against the New York Jets. The Patriots have not lost to the Jets in the last 10 meetings and have only lost two of the last 15.

The other two games come against AFC South teams — the Jacksonville Jaguars and Houston Texans. The storylines around both of those teams are well-known at this stage. Both teams have a rookie head coach leading them; the Jaguars will have a rookie QB in Trevor Lawrence, while the Texans’ situation remains completely up in the air.

After finishing under .500 for the first time since 2000 last year, the Patriots will be looking to bounce back. The Patriots’ 2021 schedule is not extremely tough, but being New England, every NFL team will be gunning to beat them.

The quarterback situation is huge in determining how this season plays out. They won seven games with a mediocre Cam Newton. Find the good version of Newton in 2021, or have Mac Jones hit the ground running, and New England could be right back in the playoffs in 2021. However, if they cannot get competent QB play, it is hard to see them winning 10 games.