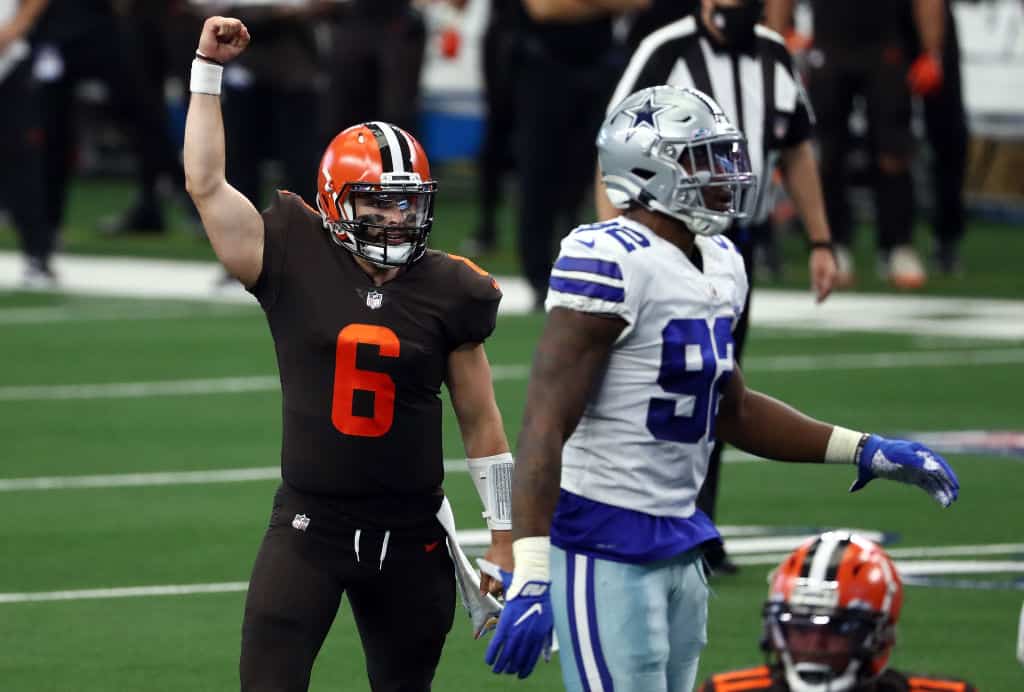 (Photo by Ronald Martinez/Getty Images)
What's in this article? Click to show
Mike Nolan shares blame, but he doesn’t carry all of it
Schematic issues in the Mike Nolan defense
Losing players hurts the scheme
The players are unequivocally bad at football

It’s incredibly easy to make jokes about how bad the defense is, but…. no, there actually are no buts. This defense is pathetic. From the miscommunications to getting beat in man coverage, to missing tackles. From not maintaining gap integrity to needing a three-and-out and allowing the most massive back-breaker of my existence on this Earth, this defense is an absolute tragedy. But how much blame actually falls on the man implementing the scheme and calling the plays? Are Mike Nolan and his defense as bad as we’re making them out to be?

Mike Nolan shares blame, but he doesn’t carry all of it

The Dallas Cowboys have lost a lot. First, it was Gerald McCoy going down for the season. Then, the defense lost Sean Lee. After that, they lost their best linebacker in Leighton Vander Esch. To make matters somehow worse, they’re also missing both Anthony Brown and Chidobe Awuzie, forcing their hand and bringing Daryl Worley down from safety to play the second outside cornerback spot. Demarcus Lawrence has a banged-up knee hurting his production, while Trevon Diggs has been battling a shoulder injury, and this week his knee popped up on the report.

Related | Cedrick Wilson another Cowboys receiver to outperform his RAS

The defense was already going to be questionable going into 2020. They needed health and a little bit of luck to stay relevant. Despite having good injury luck in year’s past, 2020 has not been so kind. Shocking, I know. 2020 keeps striking while the iron is red hot.

The injuries loom particularly large because of the condensed offseason with no preseason. In a defensive scheme that requires precise key reads and swift communication, that lack of continuity leads to communication problems that often result in free receivers downfield. When your pass rush isn’t providing the pressure that was expected going into 2020, offenses are able to run longer-developing plays specifically designed to beat this heavier match-based scheme.

Strictly talking principally here, it doesn’t appear there was any coverage blown. It looks to be a match-based Cover 3, and with no underneath threat seen, Awuzie carries Julio Jones vertically and then to the dig. Now maybe they can pass that off once he does break 90-degrees inside, but it still would have been difficult to pick up the Y-Leak. There’s a reason it’s a nearly undefeatable play offensively.

The offensive setup was perfect here. The wide zone action by the offensive line mimics a screen to the back, which pulls Jaylon Smith flat to the line-of-scrimmage. The max protection on the opposite side thwarts the efforts of Lawrence trying to get a bead on Matt Ryan. It was the perfect call against the defense. No real “blame” to go around here outside the defensive call and overall ideology.

Injuries play a bigger part than we know. Take the Alabama Crimson Tide’s defense, for example. In 2019 they gave up more points-per-play than they had in recent memory. Losing one of, if not the best linebacker in the nation and having to play inexperienced players there really hurt the continuity and communication of the defense.

It’s no different with the Cowboys. Building the relationship between players from a communicative standpoint is paramount when the defense has somewhat complex key reads and checks based on a plethora of different offensive looks. So when that happens, maybe it is, unfortunately, better to pair down what the defense is willing to call on a given week. Maybe blitzing more and playing more man coverage is the key to not being hysterically bad.

The players are unequivocally bad at football

Listen, we knew that this defense was going to be, to quote Jake Tapper, “a hot mess, inside a dumpster fire, inside a train wreck.” But we could never have guessed it would be this bad, and it all comes down to talent. Jaylon Smith is a great human being. He’s as charismatic as they come, his personal journey is unbelievably inspiring, and what he could have been was one of the better linebackers in the game. What he is, is much, much less than that in reality. There is a world I live in that believes they should consider benching him in favor of *gestures in the general direction of the Cowboys linebacker depth chart.*

Darian Thompson was the backup to Jeff Heath. Here’s the thing, Cowboys Nation; letting Heath walk was the right call. Not even considering actually replacing him was laughable at best and fireable offense at worst. The only issue is that the two men responsible for signing on the dotted line own the whole operation with a geriatric fist.

NFL Recap | NFL Week 4 Recap: Breaking down the many storylines in the NFL

The secondary is getting worked weekly, predictably, and often.  Allowing, no welcoming, the departure of Byron Jones without even considering the extension of his services in Dallas is hilarious in hindsight. It was infuriating at the time, given the upcoming expiring contracts of Awuzie and Jourdan Lewis.

Now, they possess a defense devoid of talent outside of the defensive end position, but that doesn’t matter in an NFL getting the ball out faster and faster as the seconds seemingly pass. As more and more information becomes available linking success defensively to the building of a secondary over a pass rush, the only hope Cowboys fans have is that Randy Gregory, who hasn’t played a snap since 2018, is somehow in the greatest shape and technical preparedness of his life and can Gumby his way to the quarterback consistently.

The Cowboys are in for a very long season, folks. And less of it is the fault of Mike Nolan and his defense and more the fault of injuries, lack of talent, and continuity.