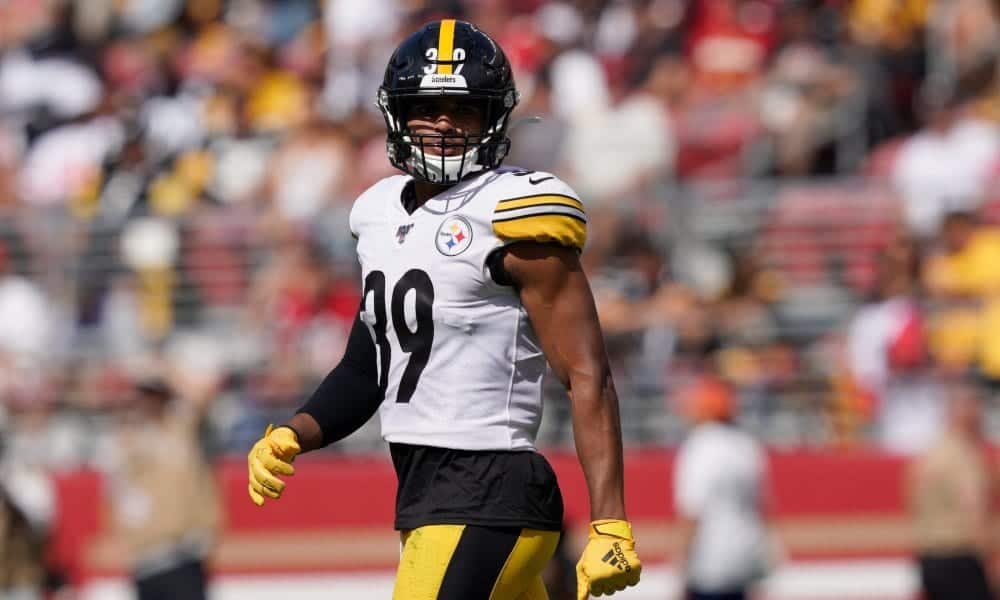 With Madden 21 set to hit the market on August 25, the game recently released its player ratings entering the 2020 season. The Madden video games are all about the person holding the remote – if they struggle, the team struggles. That said, gamers and football fans alike love to get in on the fun and have their own opinions on Madden’s rating system. After much deliberation and thought, here are some players who were ranked too high, too low, and overall just right.

Breaking down the Madden 21 player ratings

Move over DeAndre Hopkins and Julio Jones; there’s a new No.1 pass catcher in the league. Perhaps thanks to playing with a future first-ballot Hall of Famer to begin his career, Michael Thomas has become one of the premier targets in the NFL. Since being drafted in 2016, the former Buckeye has finished with at least 90 catches and over 1,000 yards per year.

The production of Thomas has made him a $100 million man down in the Bayou. His 99 awareness and 99 catch radius are certainly accurate, as is his 92 agility compared to other top targets. While his 77 strength might be too low, there’s only a handful of players better than Thomas on PFN’s Top 100 list; thus making it a perfect match.

Are there better safeties in the NFL than Minkah Fitzpatrick? Sure. Do they have the same upside? Not even close. Once the former Miami Dolphins star joined the Steel City defense, that unit became an impenetrable force. In 14 games, Fitzpatrick was a mad man, intercepting five passes, deflecting nine, and scoring two touchdowns in the process.

Fitzpatrick does a little bit of everything for Pittsburgh, from playing up on the defensive line to ranging deep at safety. At his best in the slot, the hybrid defender has the same grade as a kicker (Justin Tucker) and is below a regressing Devin McCourty and Earl Thomas. Swing and a miss Madden.

Travis Kelce is the second-best tight end in the NFL. No, that’s not just what the game says, but also what most believe. Outside of an emerging George Kittle, the Chiefs’ security blanket for Patrick Mahomes certainly has earned that title over the past three seasons.

The soon to be 31-year-old is a tad slower than Kittle at 85 and 88 with speed and acceleration, respectively. His catch rate is 90, which matches well to his 71.3% rating during the 2020 season. With Tyreek Hill transforming into a No.1 target, a 97 is a proper rating for a talented, yet slowly aging tight end.

George Kittle already let the Madden creators know that he’s a “99” in Momma’s eyes, but a 98 ranking is spot on. As the No.1 target for the 49ers, the All-Pro tight end has finished back-to-back seasons with over 1,000 yards and five touchdowns. His 76 run blocking and 55 power blocking should be higher as he’s the most well-rounded tight end in the league.

Most teams don’t value tight ends like the 49ers and Chiefs. Kittle is a stud, but 99 is just far-fetched for his position.

Rob Gronkowski retired in 2018, rapped his way through the Masked Singer, lost a ton of playing weight, and still is a top-three tight end? Did we miss something here? Oh, right, another player who’s living off his name.

Related | Can Rob Gronkowski perform for the Buccaneers in 2020?

Gronkowski is a great tight end, but his production dropped immensely during his final season with the Patriots. While the 31-year-old will be shaking off the rust, can fans expect him to have 86 acceleration and 81 strength after missing a full year? Sure, TB12 and Gronk’s connection is real, but Zach Ertz has put up at least 800 yards in many injured-plagued seasons since 2015.

The Tampa Bay Buccaneers will contend not because of Tom Brady, but their No.1 receiver – make that two No.1’s. No matter how you look at it, both Mike Evans and Chris Godwin performed as top pass catchers last season to help Jameis Winston lead the league in passing yards. For Godwin, 2019 was a breakout year as he finished with his first 1,000-yard season and tallied 121 catches in the process.

The expectation is high for Godwin entering a contract season. His 97 catch rating to go along with his 91 speed and 92 acceleration should make him a top 10 wideout entering 2020. Yet, somehow, Madden has him ranked as the 15th best receiver on their rankings entering the season. Either he needs a higher ranking, or more targets should be lower on the list.

Already looking like a steal for Seattle, D.K. Metcalf made his presence known as an emerging No.1 target for the 12th Man. The muscle-massed freak who broke the internet during the last offseason put together a solid rookie campaign, finishing with 58 catches for 900 yards and seven scores.

DK Metcalf is legit. Love the stop-n-go and then the route adjustment to track this pass in. Great catch. #Seahawks pic.twitter.com/RicCw6ZDVc

Is it too early to consider Metcalf, a top 25 receiver? Sure, but let’s take a look at some names who were ranked higher. The often injured Will Fuller comes in with an 82 while aging slot target Danny Amendola posts an 80. The inconsistent Curtis Samuel rounded out with an 80, while A.J. Green somehow is ranked inside the top 15 after nearly missing two seasons. When Corey Davis (who has six career touchdowns) is in the same spot as you, there’s a problem with the overall grade.

Make sure to continue for more Madden player ratings.