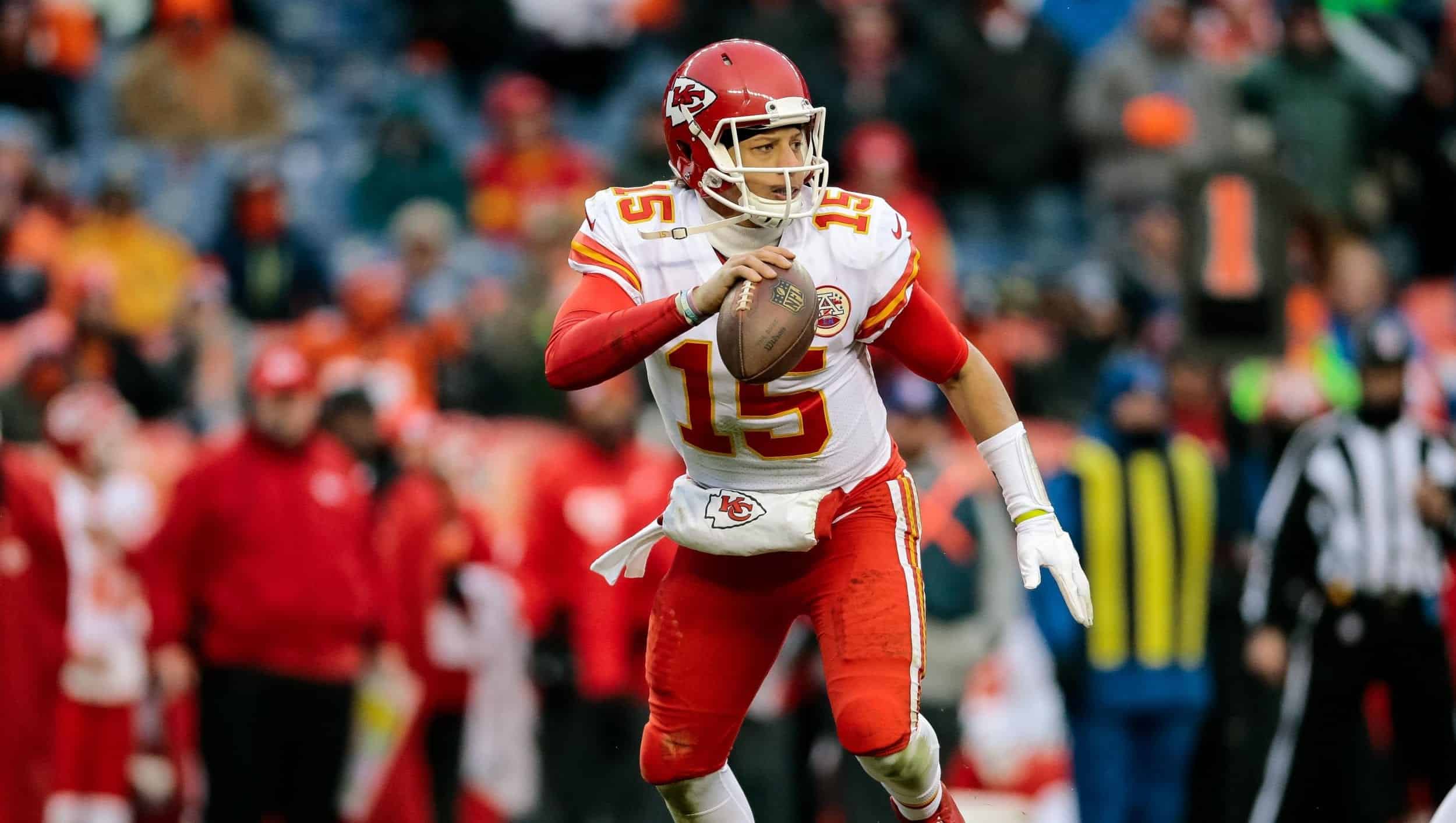 Patrick Mahomes just signed the largest contract in sports history. Over the next ten years, he could make upwards of $500 million, a number basically unfathomable to most people. And yet, it is tempting to suggest that the Kansas City Chiefs are underpaying him. After all, it is difficult to overstate just how successful he has been. With only two seasons as a starter under his belt, Mahomes has already accomplished more than most players will in their entire careers.

After taking over the starting role in 2018, Mahomes proceeded to win the league MVP award. Were it not for an injury, he might have won it again the following year. Instead, he led Kansas City to their first Super Bowl victory since 1969 and was named MVP of that game as well. Given all that he has done for the Chiefs, I think very few people would argue that Mahomes doesn’t deserve every bit of his contract.

With all of that said, it is interesting to consider how much influence Mahomes actually had over his remarkable statistical success in the last several seasons. Because even if you are the most gifted player in the league, it doesn’t necessarily mean you are providing as much value as possible to your team. And when you examine Mahomes’ advanced statistics, it becomes clear that there was more to his 2019 season than initially meets the eye.

PFN’s Offensive Share Metric (OSM) measures how valuable a player was in creating their statistics, and therefore how valuable they were to their offense overall. As such, it allows us to look at players with spectacular statistics and evaluate them in a more nuanced manner.

In Mahomes’ case, his OSM grade in 2019 tells an interesting story. It wasn’t terrible, but it was far from the spectacular standard that you might expect, given his brilliance in other areas. His season average of 22.48 ranked 17th in the NFL among qualifying quarterbacks, just slightly above the halfway point. That grade implies that, while Mahomes might have been 2019’s most successful quarterback statistically, he may have gotten more help from his team than some of his counterparts on other rosters.

It is reasonable to ask why Mahomes graded relatively poorly. Well, in terms of his overall grade, the most significant factor was the fact that he was one of the NFL’s least aggressive quarterbacks. In this case, the term “aggressiveness” refers to something very specific: how often a quarterback threw the ball into tightly contested windows. For Mahomes, that number was just 12.2%, the third-lowest in the NFL. Simply put, the throws he attempted were easier than those attempted by the vast majority of his counterparts. Therefore, he needed to do less work to create his statistics than they did.

Thus far, we have only examined Mahomes’ 2019 from an overall perspective. When you take a closer look at his week to week grades, the reasons for his low overall grade become even more clear. Below you can see a chart showing how he performed on a weekly basis. The black dots represent Mahomes’ OSM grades from each week of 2019. For comparison, the yellow line represents the league average OSM grade for quarterbacks during the regular season. The Xs, meanwhile, represent the difference between his completion percentage during a given week and the completion percentage he should have achieved according to the NFL’s advanced metrics. Any mark above zero means Mahomes’ completion percentage was higher than expected that week, while any mark at zero means the opposite. This metric was one of the statistics with which Mahomes’ grade correlated most strongly. 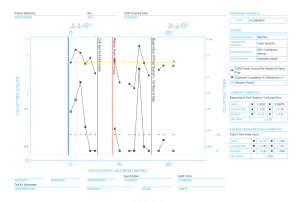 As you can see, Mahomes was incredibly inconsistent, especially after his return from injury. These inconsistencies that caused Mahomes’ low season average. While there were games in which he performed at a relatively high level, in many others, his performance dipped dramatically. It is possible that his injury contributed to Mahomes’ up-and-down performances, but even before the injury, his grades varied significantly, although not to the same degree.

However, to his credit, Mahomes was able to stabilize his play once Kansas City reached the playoffs. At that point, even though his grades were still below the regular-season league average, they did rank highly among other playoff quarterbacks during those weeks. For example, while his grade of 19.34 in the Super Bowl wasn’t that impressive in a vacuum, it was enough to outperform his counterpart Jimmy Garoppolo.

Given my waxing poetic about his accomplishments at the start of this piece, it should be pretty clear that I don’t think Mahomes is a bad player. He can do things with a football that no other quarterback in the NFL, possibly in its entire history, is capable of. That allows Andy Reid to design his offense in ways unavailable to many other coaches and makes things significantly easier for the team overall.

Therefore, it is important to remember that the OSM is not a measure of how talented or successful a player is. Rather, it evaluates how much control and influence they had over their statistics. And in Mahomes’ case, he simply was not as integral to his statistical production as many other quarterbacks were to theirs, at least not on a consistent basis.

That lack of influence isn’t necessarily a bad thing; given the Chiefs’ successes last season, it is difficult to argue with how Mahomes chose to play the game. Instead, Mahomes’ low OSM grade a lesson about how, as important as quarterbacks are to the modern NFL, there is more to team success than simply having a great quarterback that completely dominates their opponents. So yes, Mahomes deserved his contract. Kansas City could not have won the Super Bowl without him. But let’s not forget that their offense is more than just their star player.