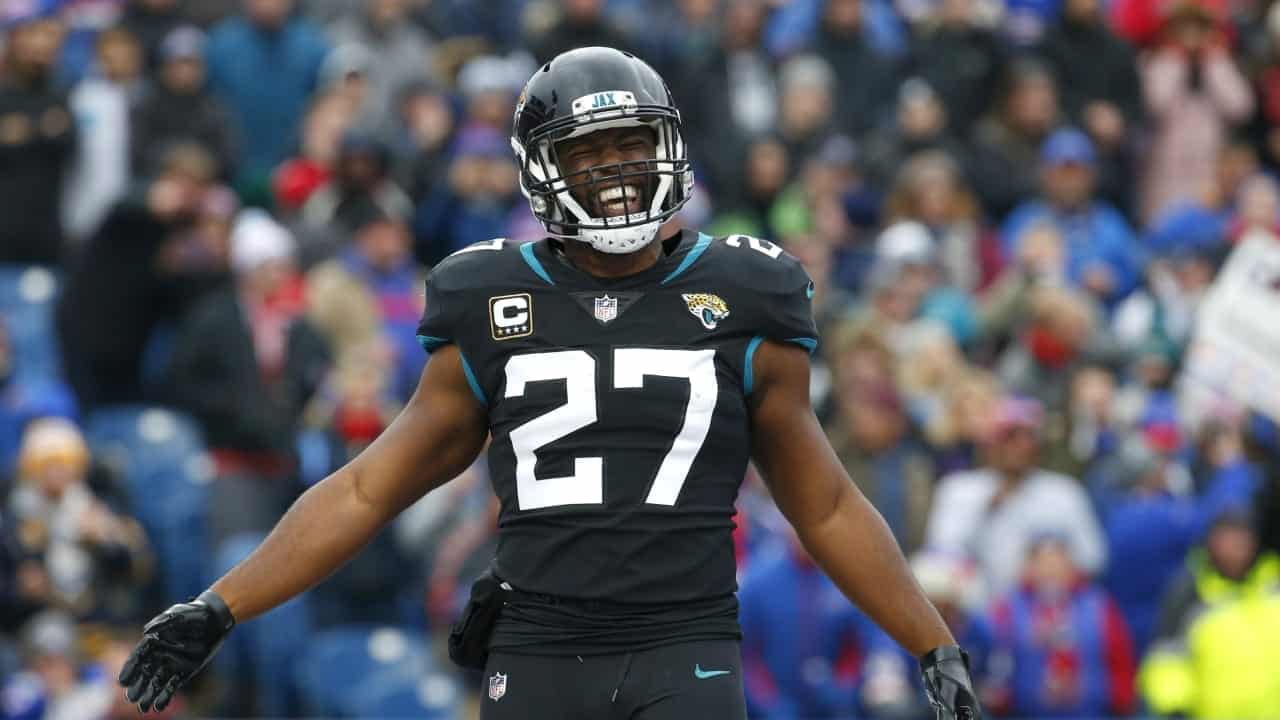 Every year around the NFL Draft, trade rumors start swirling, mostly regarding the incoming rookie class. However, a few vets have been making their way to the headlines lately, and the latest is Jacksonville Jaguars RB Leonard Fournette. Adam Schefter reported over the weekend that the Jaguars are shopping Fournette around, but is that actually true or just pre-draft bluster? Let’s take a look at some of the different fantasy football implications of a Leonard Fournette trade.

What is Fournette’s current contract situation?

First things first, let’s start with Fournette’s current contract situation. Based on info from Spotrac.com, Fournette, 25, is in the last year of his contract and is set to earn $8.6 million this year, $4.5 million of which is guaranteed. This means that if the Jaguars do trade him, they’ll have to take a pretty substantial hit to the dead cap but it would also free up some space for them to make additions.

The Jaguars only have $4.1 million in available cap space at the moment, so trading Fournette would add his $4.1 million base contract back to their available pool for rookies and free agents, effectively doubling their remaining cap space. Depending on who they get back in a trade this could substantially help them as they look ahead to the draft. All of this means that the Jaguars could be swayed into trading him if the price is right and if they can get a valuable enough piece back in a trade.

This brings us to the next question: who would be willing to add an aging veteran RB with a substantial future contract looming after the 2020 season?

Where could he go?

Tampa Bay
The best idea that I’ve seen floated around fantasy circles is that the Jaguars trade Fournette to the Tampa Bay Buccanneers and get O.J. Howard back along with another piece or two. It’s no secret that the Bucs have a wealth of talent to catch the balls thrown by Tom Brady, but head coach Bruce Arians doesn’t typically prefer to use the tight end that much, thereby making Howard a potential candidate to get traded.

Howard, who is also 25 years old, was barely used by the Bucs last year. The Jaguars did just sign former Cincinnati Bengals TE Tyler Eifert to a two-year, $9.5 million deal, but Howard would still be an upgrade at that position over Eifert. Howard is also in the last year of his own deal and is set to make $3.5 million this year, with $1.5 guaranteed, so it does look like the deal might make sense for both parties if they can come to terms.

Baltimore
Another option I’ve seen floated around is the Baltimore Ravens who could also be looking to upgrade their own running back group to make a run for the Super Bowl this year. If a trade like this went through, Fournette’s $4.1 million 2020 salary would significantly eat into the Ravens’ cap space of only $6.0 million, so they’d need to send a similar contract back to even things out.

One obvious option would be to send veteran RB Mark Ingram back to Jacksonville as a part of the deal. Ingram, 30, has two years left on his contract with the Ravens but is set to earn slightly more than the younger Fournette this year at $5.3 million. Moving Ingram would also only incur a $3.2 million dead cap hit this year and a $1.3 million dead cap hit next year, meaning they wouldn’t be out too much to move him and the salaries are close enough that it wouldn’t hurt them too much either.

The Ravens also signed 33-year-old DE Calais Campbell to a new two-year, $25 million contract. Campbell played the last three years for the Jaguars, so Fournette would have a familiar face in the locker room if they made this trade. It’s possible that the Ravens would see this as an upgrade, both in terms of talent and youth, and the Jaguars would see this as an upgrade in terms of adding a veteran to a team deeply in need of stability. It’s just one theory, but I could see it panning out this week if the two parties can get on board.

Obviously, there are other teams that could trade for Fournette, but these are the two that I think make the most sense based on team needs, ability to offer a fair trade, and cap space situations.

Who would replace him?

Assuming the Jaguars do make a trade but don’t get a starting running back in return for Fournette, now is a great time to evaluate their options of replacing him as we approach the NFL draft this week. Not only are there valid RB options still available in free agency like Lamar Miller and Devonta Freeman, but there are also valid options already on the team in Ryquell Armstead and Devine Ozigbo. Most of those guys could be acquired for little in your own fantasy leagues as well since they are all potential upside guys with low floors.

The Jaguars definitely need the help. PFN’s own Oliver Hodgkinson recently wrote an article that targeted the Jaguars as a team in need of RB help at the draft due to Fournette’s low Offensive Skill Metric numbers, so it wouldn’t come as a shock to see them move on based on his recent performance. Matthew Valdovinos recently did a seven-round Jaguars mock draft and had them taking Darryton Evans in the fourth round to bolster their RB corps as well. Clearly, I’m not alone in seeing the writing on the wall that it might be time for a changing of the guard in Jacksonville, and maybe a trade like this would be a way to do it.

Overall, whether the Jaguars trade Fournette or not, there will be a lot of ripple effects in terms of fantasy football, both for him and for the teams involved. This week was already looking to be pretty crazy in the NFL, but a Fournette trade would turn the fantasy world upside down as well.

Stay tuned to PFN for any updates on his status leading up to and during the draft, and in the meantime, it might be worth adding some depth pieces mentioned here to your bench before your league mates get a similar idea.

Continue to visit the Pro Football Network for NFL news and in-depth analysis like the #PFNOSM data and NFL draft news and analysis while also visiting our Dynasty Fantasy Football section for more coverage.

Andrew Hall is a writer for PFN covering Fantasy Football. You can follow him on Twitter: @AndrewHallFF.

In this article:Featured, featured, Ryquell Armstead 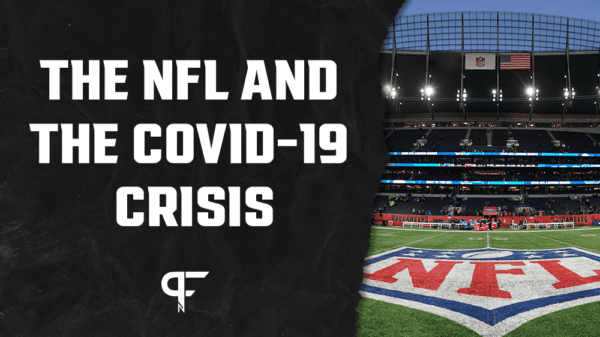