After releasing his top 25 running back rankings last week, Pro Football Network Senior NFL analyst Matt Williamson recently released his Top 25 safeties for 2020. Tennessee Titans free safety Kevin Byard cracked the top five of his list outranking Seahawks safety, Jamal Adams. Byard has often been forgotten among some of the higher-profile names at his position, but he has been a model of consistency over his last three seasons in the NFL and is well-deserving of his ranking from Williamson.

Byard has consistently been one of the best safeties in the NFL since entering the league in 2016. The Titans drafted Byard in the third round, and he contributed immediately on day one, racking up a combined 59 tackles on limited playing time his rookie season. Byard’s coming out party occurred in 2017 when he earned All-Pro honors after leading the NFL with eight interceptions on the season.

Since 2017, Byard has been a bit overlooked by his peers, falling short of the NFL Top 100 for his second year in a row. Byard is looking to show that he deserved to be in these rankings in 2020, as the Titans will rely upon him more than ever this season. The Titans let starting cornerback Logan Ryan walk this offseason. While Ryan had his flaws, he was a huge part of the Titans secondary.

Newly acquired CB Johnathan Joseph and second-round pick Kristian Fulton will have a huge impact on the Titans, but Byard is the clear leader within the secondary unit. It will be up to him to get both players up to speed during a shortened offseason. When interviewed this offseason, Byard spoke on his role as a leader on this Titans defense.

“Guys on our team look up to me, so it’s my responsibility as a leader now to be able to continue to carry that torch and makes plays for the team. Not only do that, but you know to reach out to the younger guys, reach out to anybody else that needs help or direction. That’s kinda my role on the team.”

The top-ranked safety on Williamson’s rankings list is Los Angeles Chargers S Derwin James, followed by Minkah Fitzpatrick of the Pittsburgh Steelers, and Tyrann Mathieu of the Kansas City Chiefs to round out the top three. James only played in five games for the Chargers last season before getting injured, but his outstanding rookie season is what warranted this ranking.

The Steelers traded for Fitzpatrick during the 2019 season, and he proved to be the spark plug that the team needed after Ben Roethlisberger suffered a season-ending injury in week two. Fitzpatrick had an interception in his first game with the Steelers and scored two touchdowns for the team on defense in 2019. His ranking is well deserved, and one could argue that he should be ranked first. Mathieu is also well deserving of his ranking, after leading the Chiefs defense to a Super Bowl in 2019.

Rounding out the top five in Williamson’s rankings has Byard at fourth, and Seattle Seahawks S Jamal Adams coming in at fifth. Adams was recently traded to the Seahawks this offseason, and he’s expected to be an important part of their defense in 2020. Up to this point in his career, Adams has been used as more of a box safety, but the Seahawks will be looking to get a lot more out of him this season.

Byard is an all-around better safety than Adams

Having Byard ranked ahead of Adams shouldn’t be viewed as a jab towards Adams, but as well deserved recognition for just how outstanding Byard has been for the Titans. Byard plays free safety, whereas Adams is labeled more as a strong safety. Byard tends to fall back more in coverage, taking advantage of opposing quarterbacks, using his elite closing speed to continually make plays for the Titans in the secondary.

The best part of Adams’ game is his ability to rush the quarterback. Last season, Adams racked up 6.5 sacks for the New York Jets, but it remains to be seen what the Seahawks plan to do with Adams and his unique skill set.

Related | Titans Mailbag: Will A.J. Brown experience a slump in 2020?

Byard deserves to be ranked ahead of Adams because of everything that he does for the Titans defense. In what was considered to be a down year for Byard in 2019, he still accumulated five interceptions and 84 combined tackles. Adams had just one interception and 75 combined tackles last season. Over the course of his three-year career in the NFL, Adams has only two interceptions, and Byard has 17 over the same three-year span. Byard also outranked Adams in passes defended in 2019, breaking up nine passes compared to Adams seven.

CBS Sports also released their Top 10 safety and cornerback rankings for 2020 and didn’t have quite as much love for Byard as Williamson did. They ranked him as the ninth-best safety, far behind Adams, who they ranked third. CBS also ranked Anthony Harris, Harrison Smith, and Justin Simmons ahead of Byard. These are the three safeties just outside of the top five in Williamson’s rankings.

While Byard didn’t accumulate any sacks in 2019, that doesn’t mean he isn’t capable of doing so when called upon. Byard had two sacks for the Titans in 2018. Fellow safety Kenny Vaccaro and CB Ryan took on more of that role for the Titans last year. Byard was much more valuable to the team dropping back in coverage, locking down opposing teams top receiving threats, allowing other members of the Titans secondary to get after the quarterback.

It’s good to see Byard finally get the recognition that he deserves in the rankings among the NFL’s top safeties for 2020. What Byard does for Titans can’t be fully measured by his statistics. His presence on the field makes everyone around him better because of the trust that his teammates have in him. Byard allows other Titans to take more chances at making game-changing plays. The Tennessee Titans and their entire fan base have Super Bowl aspirations heading into the 2020 season, and Byard is a big reason for that. 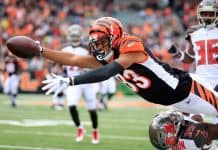 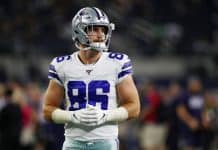