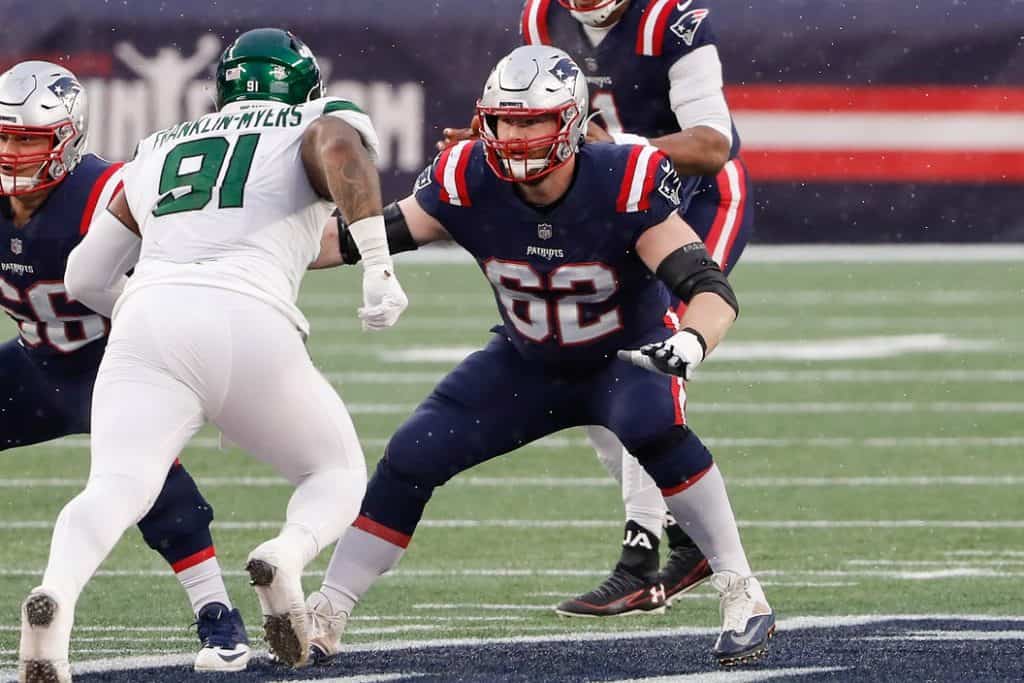 After playing on the franchise tag in 2020, where are the potential landing spots for free-agent guard Joe Thuney? Let’s take a look at where Thuney could wind up when NFL free agency opens for 2021.

Joe Thuney is among a tier of top free-agent offensive linemen available this offseason. Therefore, there should be a strong market for him when free agency begins.

Could the Chargers look to Thuney as a replacement for Trai Turner?

Therefore, getting a high-quality option on the interior of that line is crucial. Realistically, the Chargers could be looking to bring two guards in this offseason.

The Cincinnati Bengals need to protect their franchise QB

The Bengals could be set for wholesale changes on their offensive line. Joe Burrow was under fire throughout the 2020 season — upgrading multiple positions across that line is the key. That makes the Bengals a prime potential landing spot for Joe Thuney.

Cap space should not be an issue for the Bengals, and Thuney could potentially set the standard for a line that could be starting two young tackles next season.

Could the New York Giants replace Kevin Zeitler with Thuney?

The release of Zeitler opened the Giants up as a potential landing spot for Joe Thuney. Salary cap space will be the initial issue, but the need is there, and Thuney would be reuniting with coaches he is familiar with from New England.

Last offseason saw the New York Jets really commit to their offensive line. However, the moves for Alex Lewis and Greg Van Roten did not bring the returns they were hoping for. Therefore, the Jets could be a potential landing spot for Joe Thuney.

The Jets were believed to have coveted Thuney last offseason before the Patriots placed the franchise tag on him. For that reason, it makes a lot of sense that the Jets would be in play for Thuney again this offseason.

Could the Arizona Cardinals be in play for Thuney?

The Cardinals have J.R. Sweezy set to hit free agency this offseason. Thus, they could be in play as a potential landing spot for free agent Joe Thuney. The Cardinals are continuing to build around their young QB Kyler Murray. Adding Thuney would immediately give the Cardinals stability on their offensive line in a crucial season in 2021.

What is Joe Thuney’s market value in free agency?

Having played on the franchise tag last season, Thuney comes into this offseason off the back of a $14.8 million contract. Thuney will likely be looking to match that, which would make him the highest-paid guard outside of Brandon Scherff, who was franchise tagged again by Washington.

Spotrac currently projects Thuney’s value at around $15.3 million per year. They have Thuney projected to get a five-year deal worth $76.8 million.